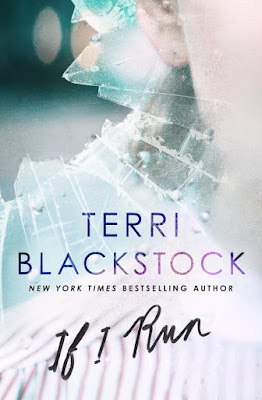 Fans of Christian fiction will find an unlikely heroine within the pages of New York Times best-selling author Terri Blackstock’s latest release, If I Run (Zondervan/ February 16, 2016/ISBN: 978-0310332435/$15.99). Blackstock chose to feature a heroine who is different from what her readers are used to. If I Run tells the story of protagonist Casey Cox, who isn’t a Christian, and when her life becomes complicated, she resorts to lies — even crime — to survive. While Casey is broken in many ways, Blackstock admits she is one of her favorite characters she’s created.

Casey Cox has had her fair share of struggles, but after her best friend is found dead, Casey’s life is turned upside down. When her DNA is found all over the crime scene, she knows talking to the police is useless; they have failed her abysmally before. At the age of 12, Casey found her father dead, and while police ruled it a suicide, she knew it wasn’t. She’s carried that great sense of injustice into adulthood, mistrusting all authority figures. Casey knows she has to flee before she’s arrested . . . or worse. The truth doesn’t matter in her world anymore, and it certainly won’t set her free.

War-weary veteran Dylan Roberts is hired to find Casey, but as experienced as he is at solving crimes, his personal problems can get in the way. PTSD forced Dylan from the Army, and adjusting to his new normal has not been easy. Dylan knows bringing Casey home could redeem both his life and career. Blackstock did extensive research into PTSD in preparation to write If I Run. “I was shocked to learn how many of our veterans are coming home from war with PTSD,” she reveals. “If they don’t get the help they need it can impact their relationships for the rest of their lives. There are treatments that are successful in helping them. It’s a wound that is as deep as a physical wound, and it should be treated just as aggressively so they can live normal lives.”

The police think the crime scene tells the whole story, but the details aren’t adding up for Dylan. Casey doesn’t appear to fit the profile of a killer, but if she isn’t guilty, why did she run? Unraveling her past and the evidence that condemns her will take more time than Dylan has, but as his damaged soul intersects with hers, he is faced with two possibilities: Either the girl who occupies his every thought is a psychopathic killer, or she’s a selfless hero. The truth he uncovers about her could be the deadliest weapon of all.

Blackstock believes there is a lesson for us all in Casey’s journey. “Christians have a tendency to act shocked when the lost act lost. We wish they understood that God’s commandments keep us safe. More often than not though, it’s because we’re judgmental and think people should just behave better. The only reason Christians have any hope of living righteous lives is that the Holy Spirit empowers us to.” Blackstock hopes that as Dylan realizes there is more to Casey’s story than meets the eye, readers will develop more compassion for those without an anchor of faith. 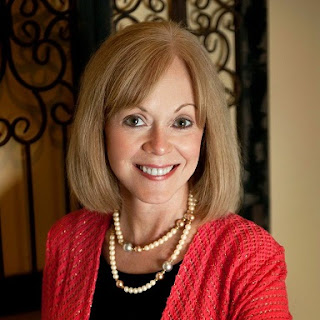 Terri Blackstock is a New York Times best-selling author of titles such as Intervention, Vicious Cycle and Downfall. In her 30-year career as a novelist, she has sold seven million copies worldwide. She is the winner of three Carol Awards, a Christian Retailers’ Choice Award and a Romantic Times Book Reviews Career Achievement Award, among others.

In 1994, Blackstock was writing secular romance novels under two pseudonyms when a spiritual awakening prompted her to switch gears. Her newly awakened faith wove its way into the tapestry of her popular suspense novels, offering hope instead of despair. Her goal is to entertain with page-turning plots, while challenging her readers to think and grow. “I wanted to see if I could incorporate a suspenseful plot with faith-based elements that pointed people to Christ rather than giving them stumbling blocks,” Blackstock explains. She has told her personal testimony on a number of national television programs as well as numerous radio programs across the country.

Blackstock has been married to her husband, Ken, for 23 years.

If I Run Terri Blackstock Zondervan