November 17, 2016
Part 1 of an interview with Bob Fife,
Author of Out: One Christian’s Experience
of Leaving the Gay Community 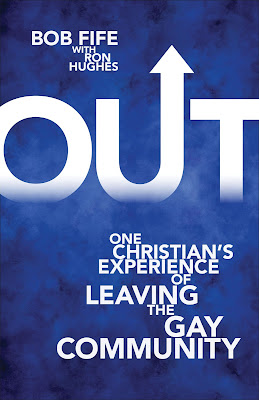 Bob Fife was raised in a dysfunctional home and, despite an early conversion to Christianity, had an uneasy young life. Nothing prepared Bob for being sexually molested by an older boy he trusted — or for what happened in his heart afterward.

From the confusion of his teen years, to his marriage and fatherhood, to his discovery and embrace of the flamboyant Toronto gay scene, the path Bob took became increasingly indulgent. He even abandoned his young family to follow his new lifestyle around the world. But an unexpected visit from his college-aged son over a decade later caused Bob to confront the consequences of his excesses — and find his way back to a restored relationship with the God who loves him.

Q: You share some very personal and difficult details about your life in Out. What moved you to write this book?

Many times when I shared my testimony, friends and fellow believers would say, “You should write a book.” I prayed about it a lot and felt this was what the Lord wanted of me. However, I also knew I was not a writer. When I invited Ron Hughes to help me with the writing process, he agreed, and the book became a possibility. As we worked together, I discovered I had three goals. I want the book to offer hope to those who are reluctantly same-sex attracted. I want it to give an example of how a church might provide support to them. I hope it will help begin a calm loving conversation the church needs to have about ministering to same-sex attracted individuals.

Q: Can you share about your family situation growing up? What was your relationship like with your father?

I was the youngest of six children. My father was very abusive to my mother, my siblings and me. I felt he particularly targeted me, and I had no meaningful relationship with him in my formative years. My oldest brother, who had joined the military, dominated me. My other brother was mentally challenged, and I couldn’t relate to him as a peer. I never had a healthy male role model and didn’t want to be like any of the males in my family. I didn’t respect them for a variety of reasons.

Much is sometimes made of the relationship between same-sex attracted boys and their mothers. I can’t say I identified with my mom, though she often defended me against my father. I sought the friendship of my sisters, but when I was young they formed a block and kept me at a distance, though individually I did have something of a relationship with each of them.

My family, during my childhood, could only be described as dysfunctional, with the ruling emotions being anger and fear. I understood affection as expressed in the care of my mother, but because she worked when I was little, I didn’t have much time with her to experience the nurturing and cherishing I later learned is typical of maternal love. 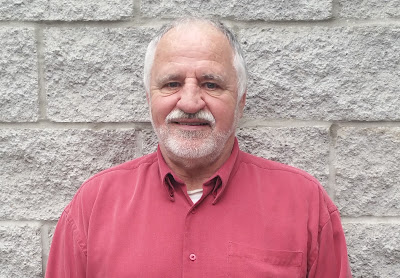 Q: Though you didn’t recognize it as such at the time, you were molested by your sister’s boyfriend when you were a child. What role did that experience play in you later identifying as gay?

That loss of innocence had a profound effect on me. While I had no real idea of what was happening to me, it came to represent masculine acceptance. Because of the unfamiliar and powerful sexual urges of adolescent males, I bonded strongly to Roger. Since I had had no sex education at home, school or church, I assumed our relationship was typical of all male friendships. At this time in my life, I was forming my identity, values and worldview. Subconsciously I concluded sex was the way men expressed regard for each other. Perhaps, because I had never sensed healthy love and respect from my father and brothers, I perceived Roger’s attentions as love. In that highly moldable period of my life, I decided love means sex, and sex means love.

Q: Did your experience growing up in church have any effect on your choices to enter — and eventually leave — the homosexual lifestyle?

Typical of the time, sex was a taboo subject in the church. When it was referred to at all, it was done using scriptural language of the 1600s, which meant nothing to me. No one was explaining words such as “fornication” and expressions such as “burning with lust.” When I was an adolescent, even popular terminology such as “petting” and “necking” were vaguely understood to be bad things that older teenagers did (though I wasn’t sure exactly what). While heterosexual behavior was referred to in incomprehensible jargon, homosexual activity was not even obliquely referred to. We young people were on our own to figure out what sex was all about. So in the absence of any meaningful guidance, I can’t say the church had any effect at all on my choice to begin engaging in homosexual activities when I was an adolescent, other than leaving a vacuum.

Later, after my encounter with Lance and my introduction to the gay scene in downtown Toronto, I had a clearer sense of the traditional sexual morality espoused by the church, but by then my earlier experiences had shaped my attitudes at such a deep level that my faith, such as it was, did not act as a deterrent.

My decision to leave the gay community was not really affected by the church, since I hadn’t been in one for years. However, once that decision was made, the church where I sought to rebuild my relationship with the Lord played a huge role in my following through on that decision. The believers in that fellowship gave me the spiritual support I needed as I learned how to develop and maintain non-sexual relationships with men and to relate in a meaningful way to women. I know God provided these people in my life because I sincerely doubt I could have moved out of the gay community without a welcoming church family to hold me in its embrace. Actually, I learned early on that the depth of relationship I could attain with individuals in the church was greater than anything I had known in my gay relationships, even the longer-term ones. They all seemed to come with an implied expiration date. On the other hand, some of the first Christians who befriended me are still my best friends after 25 years.

Q: You met your wife, Audrey, in a Bible study group. What attracted you to her and what changed your relationship after you got married?

In my late teens, I was looking for acceptance and relationships. I had not been successful in developing lasting homosexual connections, so I was looking anywhere to get my emotional needs met. When the opportunity to join this home Bible study group came along, I took advantage of it. It offered much of what I was looking for. I saw Audrey as a beautiful person, both physically and spiritually. She was a young woman with real depth of personality and strength of character. I soon came to admire and respect her. Before very long, I came to love her intensely. As a godly Christian woman, she was not looking for a sexual aspect of our relationship to develop. I was insecure when even contemplating the idea of sex with a woman. Consequently, we suited each other very well.

I believe two main factors had a negative impact on our relationship. Firstly, my career became my number-one priority. I neglected my relationship with God and soon thereafter my relationship with Audrey. The less time I spent with Audrey, the less appealing she seemed. We were also young parents at the time, and while I loved little Sean, I preferred to avoid the aspects of his care that required constant devoted attention. Secondly, I had never faced and dealt properly with my childhood experiences and attractions. They were a secret part of me, and secrets have a way of festering in the dark, neglected parts of our minds. My memories turned into imaginings, and my imaginings became fantasies. When I was introduced to Toronto’s gay scene, all of these were unleashed in a torrent of experimentation and experience. Dear Audrey didn’t stand a chance!

Q: What advice would you give to someone struggling with homosexual temptations?

First of all, “the struggling” thing is really important. Lots of LGBTQ people are perfectly happy where they are and defend their lifestyle choices loudly and proudly. There’s no struggle for them. I know about this, as do other people I mentioned in the book. I felt this way myself for years.

If you are struggling with temptations regarding homosexuality and you want out, I’m here to tell you there is HOPE. You’ll hear a lot of voices these days tell you sexuality is fluid and can be changed. Other voices tell you sexuality is fixed and cannot be changed. Still other voices will say you can only change in one direction but not the other. It certainly is confusing. My experience is that meaningful change can be experienced, so don’t give up!

Add to the issue of orientation the idea of sexual addiction (which can crop up in anyone), and things get even more complicated. Sexual addiction is the strongest of all addictions, and it seems impossible. Often people make attempts to change on their own and are met with defeat. My advice, to begin, is to cry out to God, the giver of life. However, as in my case, you’ll probably discover God uses people to help you. Counselors, pastors, friends and family are all resources God uses in our lives. Sometimes God does truly miraculous things, but that doesn’t mean we can just pray something like, “God, deliver me!” and then carry on until a thunderbolt strikes from the blue. Take positive steps of your own as well. The book tells about the things I did that helped me, things such as getting into a program, purging physical triggers from my home and establishing non-sexualized relationships.

Q: What would you say to the individual who is as immersed in the gay culture and lifestyle as you were and who wants to get out? What resources are available to him or her?

I would say a few things.