This is what fall is supposed to feel like

November 25, 2016
My posts of my time away aren't in chronological order. (Of course, I'm also days behind on posting and back posting dates because my time of relaxing is over! I rested up while I was gone, but I've been running in circles again since I got back.)

On Monday and Tuesday we shopped. On Wednesday afternoon we went to Silver Dollar City with the plans of going back on Thanksgiving afternoon when it opened back. The two day passes were just a little bit more. 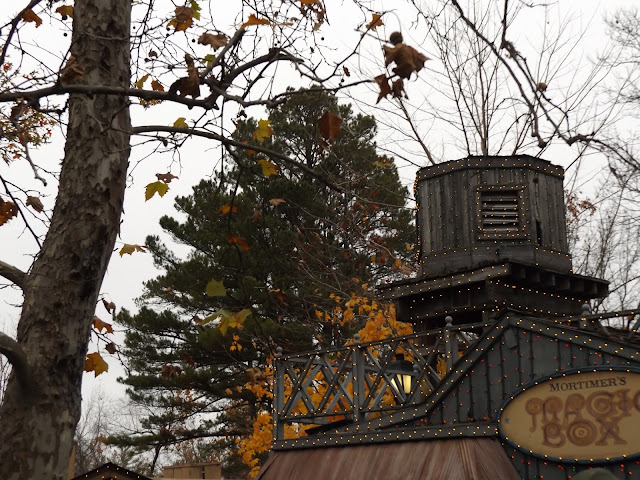 However, we did get a taste of what I believe is holiday weather. "Baby, It's Cold Outside" just doesn't resonate when it's 75 degrees outside and people are wearing shorts and flip flops.

Because it was packed as it was on Wednesday, walking the hills and fighting the crowds just didn't seem worth it on Thursday. I admit, I was kind of disappointed because Mom and Dad had been talking about two days at Silver Dollar City for weeks.

Oh well! So it goes. 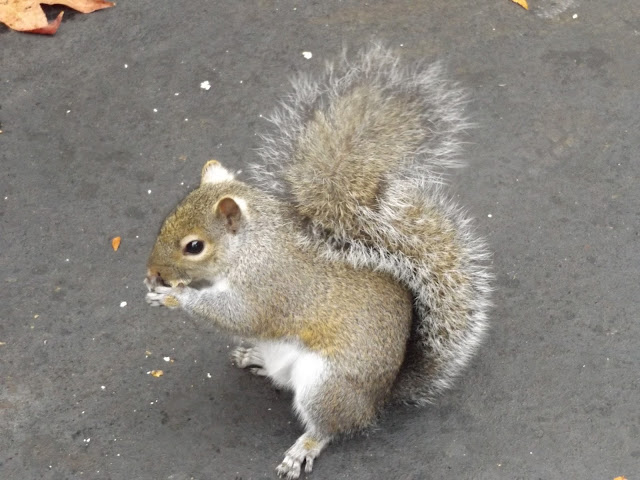 The pictures don't do justice to the icicle lights on the trees. We stayed in one place waiting for the tree lighting and parade to follow, so I got a lot of pictures of the same trees. 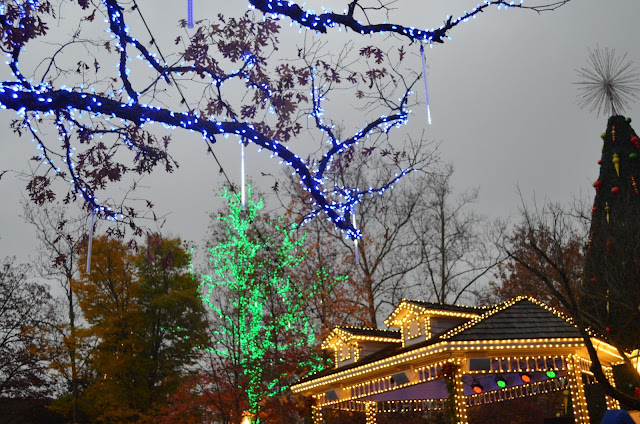 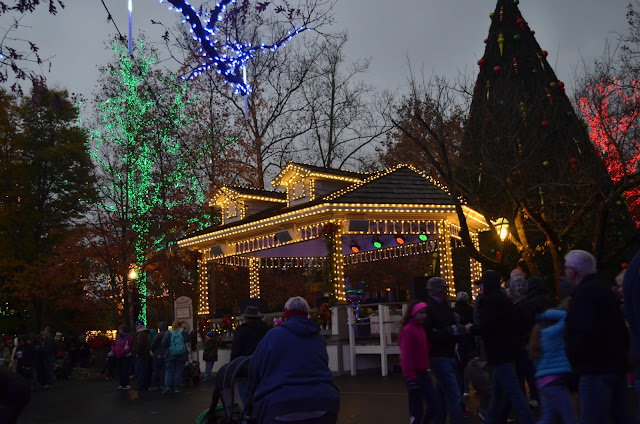 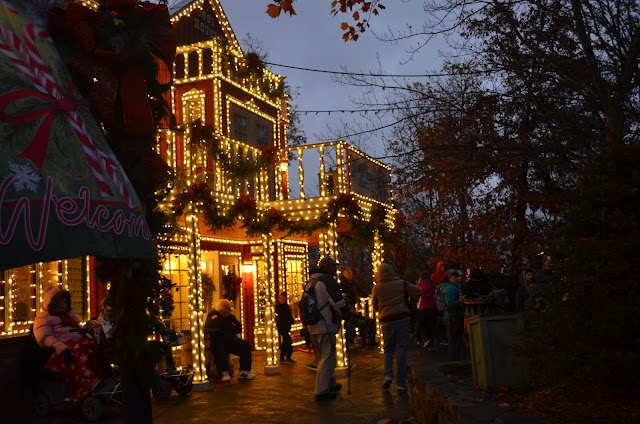 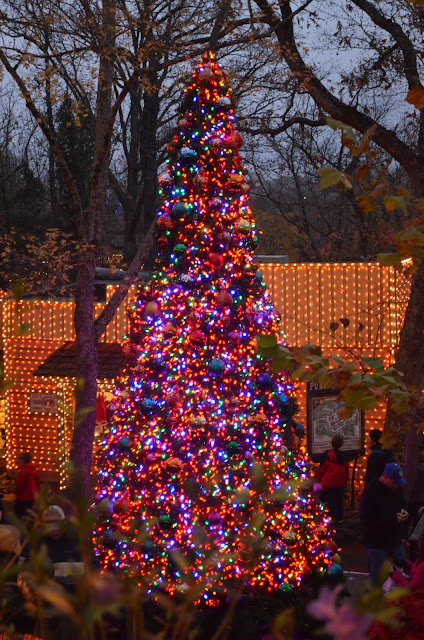 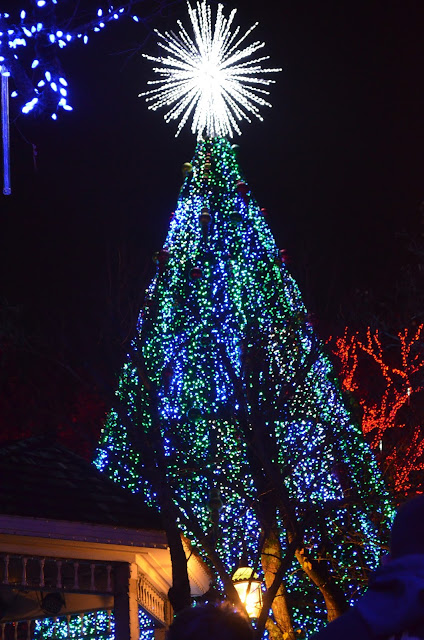 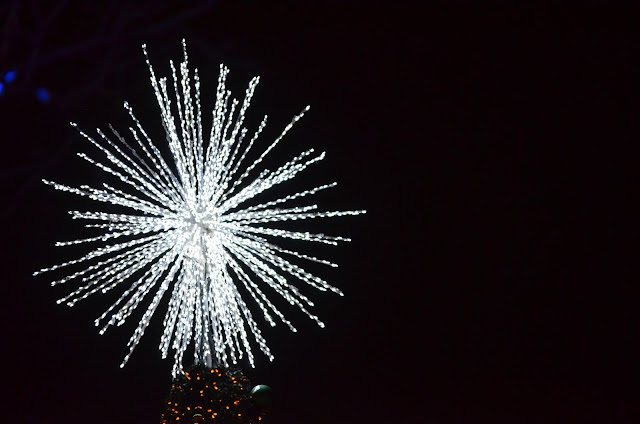 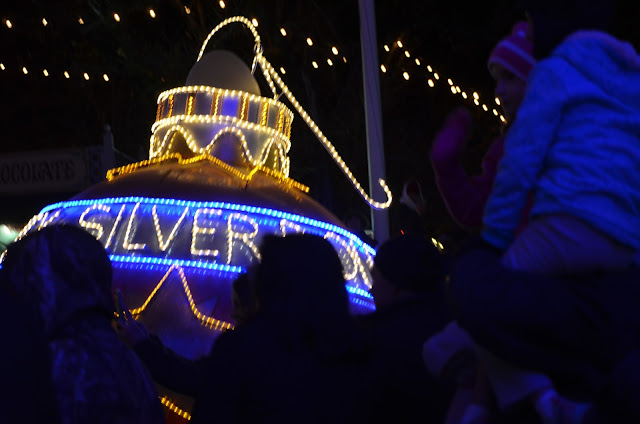 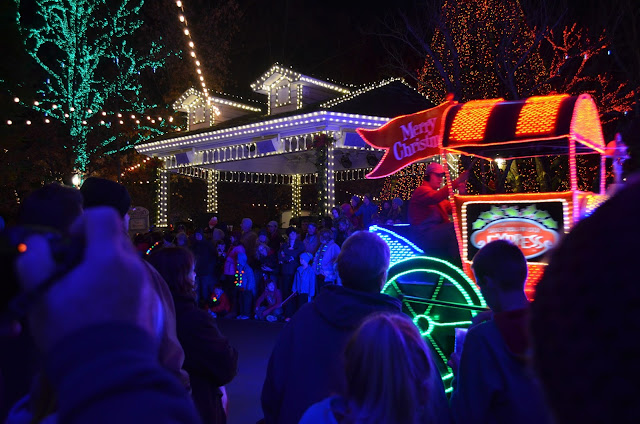 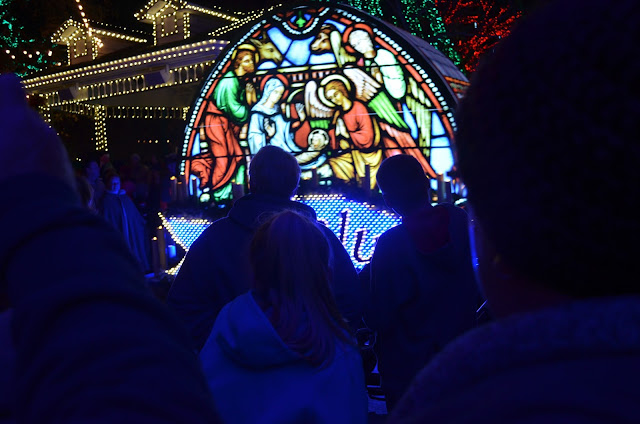 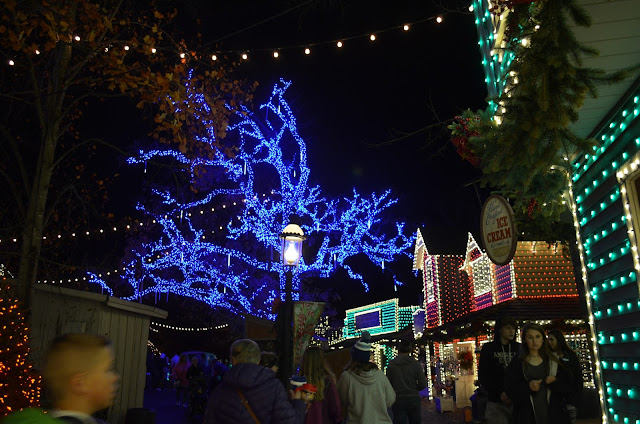