Help me pick my new glasses

August 03, 2017
I know I am not the only one who hates picking out new glasses. Although I have worn contacts for something like 23 years now, I've been wearing my glasses about half the time because daily contacts are expensive, and because I work at home, there are many days I don't leave the house.

My last two pair of glasses have looked very, very similar. They are actually dark purple which I didn't realize about the first pair until I got them back in. I am purple crazy, I do have purple living room furniture, but that was not my intent. I finally decided on the second pair because I liked them better than any others and when I got them home, I realized how similar they were. The main difference was the first pair had metal ear pieces that the paint rubbed off of, and the second pair has wider, plastic (acrylic, whatever) earpieces.

It's probably been 10 years now that I've had these similar glasses, and I would like a change. I tried on some very expensive frames at the eye doctor's office. I kind of liked one pair, then couldn't figure what the one pair was when I went back and looked again.

I found nothing I liked at Walmart. I'm cheap and the last two pair of frames came from there.

Last week, I saw an ad come up on Facebook for Warby Parker glasses. I'll see ads from them daily for the next four years now that I clicked on the ad. Anyway, they ship you five frames that you select so that you can try them out at home before you order.

My box came in yesterday. I decided to post a horrible selfie (but not as horrible as the selfies I sent last night to show my mom) of each pair on Facebook along with a picture of my current glasses to see what people thought. I did not note which one was my current pair.

The order was as follows: 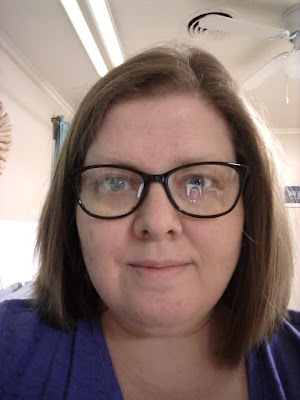 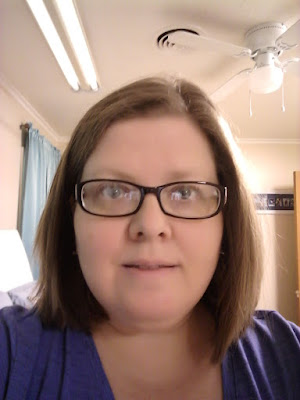 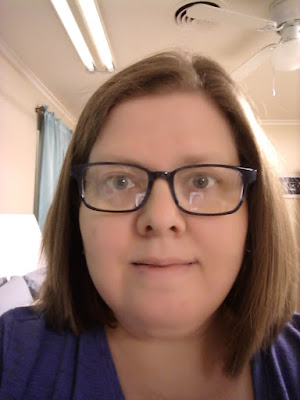 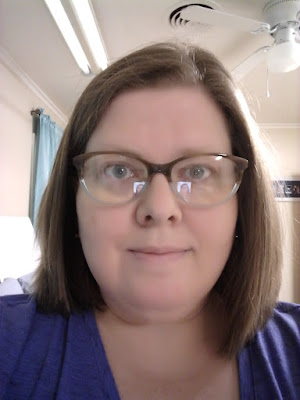 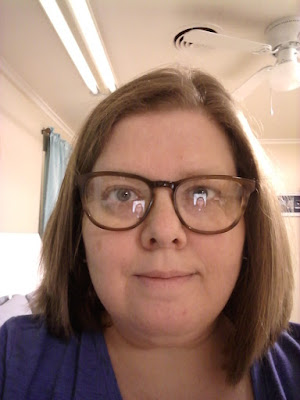 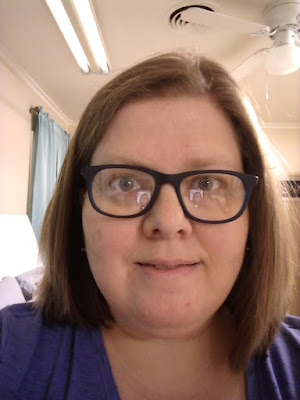 I've decided I am not revealing the results until tomorrow because I just want to leave you hanging.