My one picture of the eclipse.. and it's just a tease.

August 22, 2017
Thanks to a friend, I did have glasses so I got to see Monday's eclipse. If I hadn't stopped by Angie's house on Sunday night, I would have been out of luck.

We just got a partial down here in Texas though. In April 2024 though, we're right close to the center line! Isn't it amazing that they can figure that out in advance? Actually, if you go to GreatAmericanEclipse.com, You can see the paths of eclipses for the rest of the 21st century.

It seems odd for all this talk about the last time it happened over the US, then so many seem to be happening in the coming years. I know there had to be one when I was in elementary school because I remember no one could go outside except the one kid with his box projector. I guess it was just a partial.

I went out and looked a few times, and every time I just knew I was going blind. Mom said she wished I had told her that before she took her turn with the glasses. Anyone else get a headache? I had one that lasted most of the day, and I found someone posting on Facebook about the same problem.

Anyway, my one picture, taken with my phone. If you look at the little green shape, it's the upside down reflection of what was actually going on. 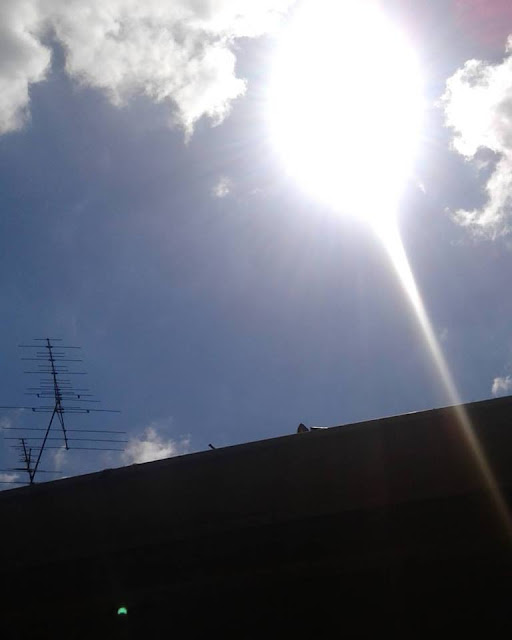