Chips and salsa at home are not the same thing

August 01, 2020
I've picked up Mexican food a few times from a couple of different places. One of those two places has a different kind of dip you eat when you're there. They have salsa, but you don't really eat much of the salsa because you have Old Mexican Inn orange dip.

What I've missed though is sitting down to chips and salsa. I decided I would settle for some from the grocery store. On the Border chips don't count for a basket of fresh hot chips. If you aren't from around the Dallas area, you don't know about El Fenix. El Fenix has my favorite chips and salsa period. This salsa has no resemblance to El Fenix salsa other than it's red and supposedly made of some similar ingredients. In fact, I think in the jar it's rather horrible. They sell it at their restaurants and in stores, but I don't know why, it's a fake. 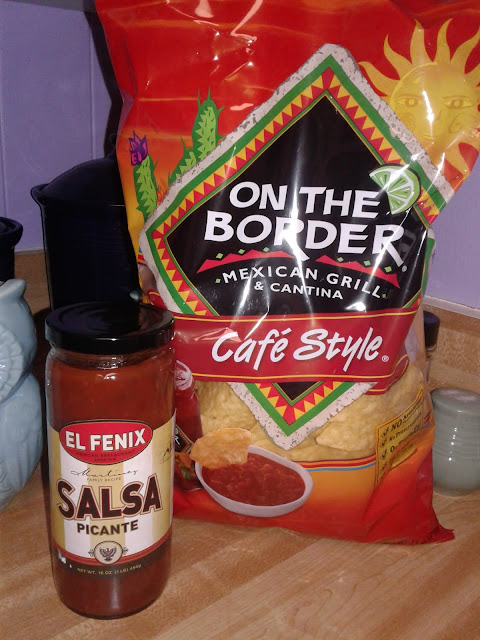 Onto this week's recipes and wannabe Mexican food. 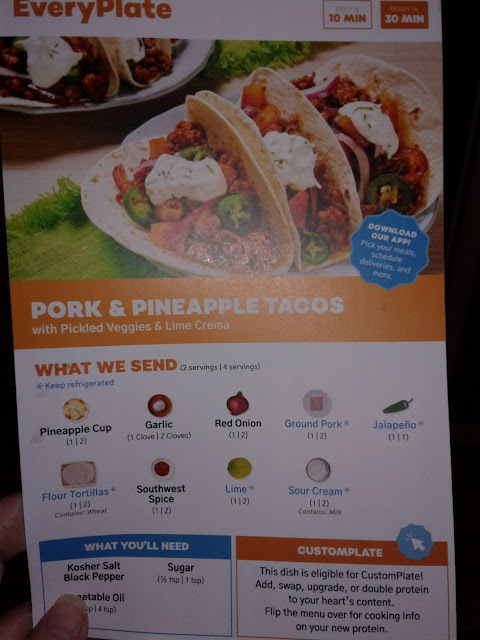 I was supposed to have sweet potato quesadillas last week when my box came late with all that stuff I had to throw out. I salvaged a sweet potato and added it in here. 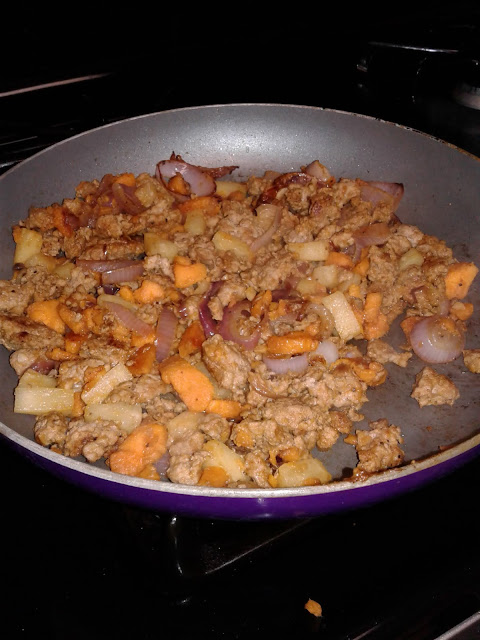 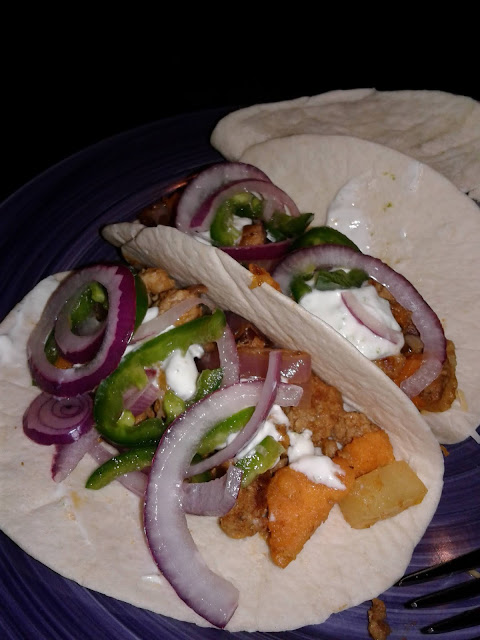 This chicken was good, but after the jalapenos not really being my friends, I skipped the chipotle. 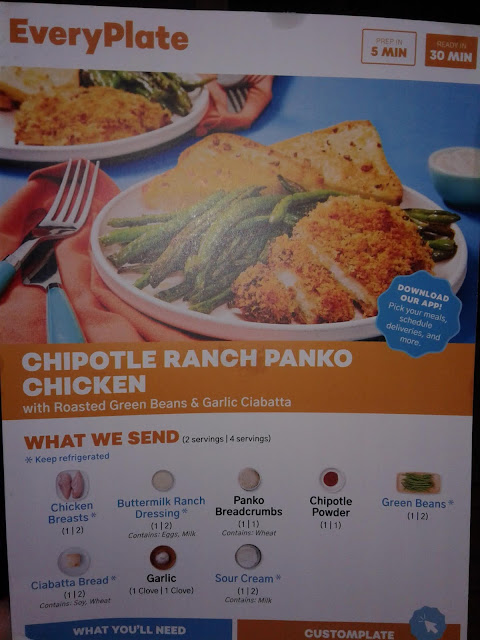 The corn casserole was left from a meal at Mom and Dad's house. The green beans needed the ranch dressing. 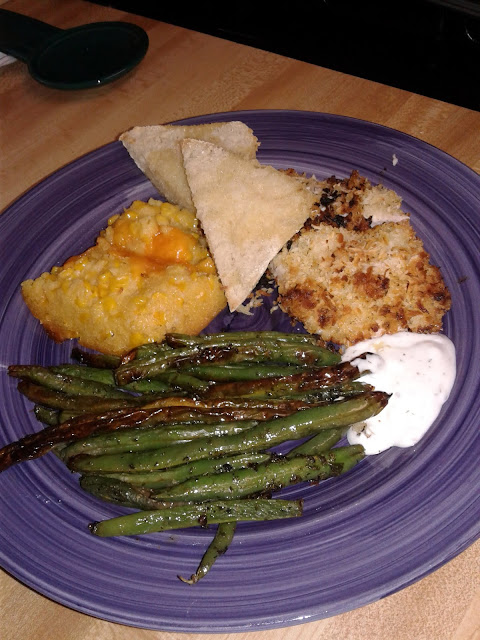 The smother pork chops were so good. The gravy was was really good. I could use some variety from the onions, carrots and potatoes though. I went easy on the cayenne here too. 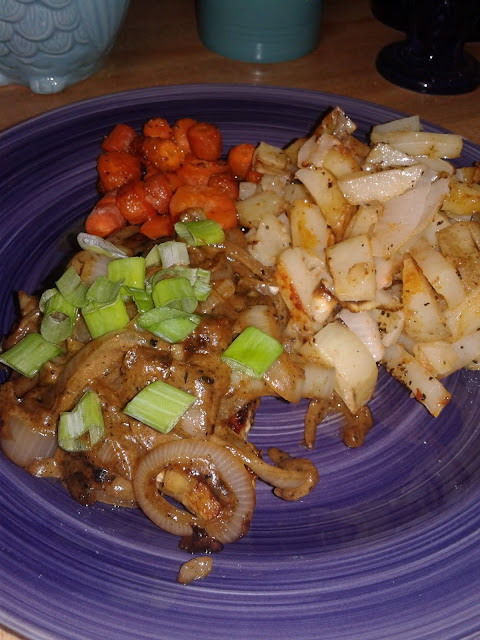 You really should try EveryPlate. I've gotten Angie to try it, and her family has really liked what they have tried.