August 22, 2020
Saturdays are now food posting days because all I do these days is cook and work.
During COVID days, I have become quite the expert in Chex Mix.
Peanut butter and chocolate Chex with honey roasted peanuts and Reese's Pieces.
Cinnamon Chex with dried cranberries, yogurt raisins and chocolate covered cranberries.
The traditional mix of wheat, corn and rice Chex with coconut chips and M&Ms.
I've eaten a whole lot of Chex Mix. It's better than baking cookies like in the early days of quarantine, right? 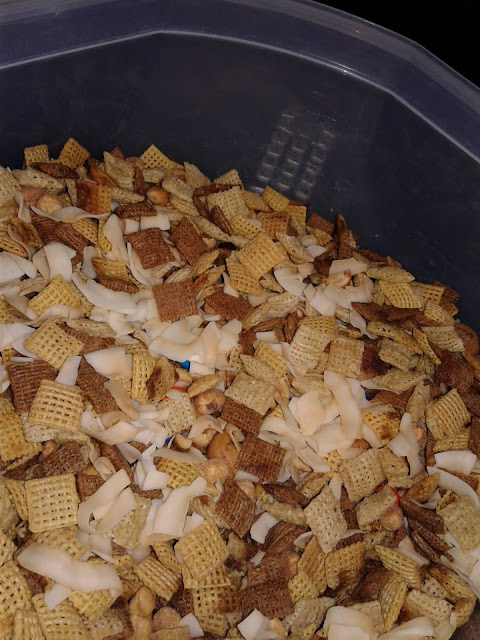 I decided that with all the cooking I've been doing, instead of oven roasting all my veggies and pan cooking all my meat I would get an air fryer.
Of course, it had to be purple! If it hadn't been purple, it would have felt too different from the crockpot and the toaster.
I bought a lot of accessories too that I'll need to try out! 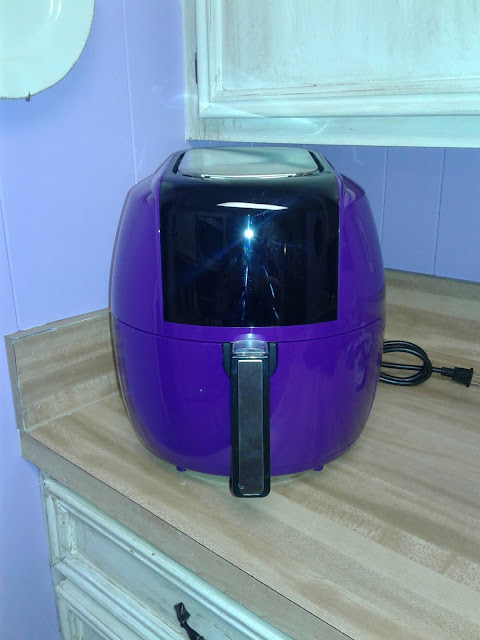 After the pepper hands (and pepper gut) issues of last week, I think I am going to skip using this little tiny chili pepper this week. 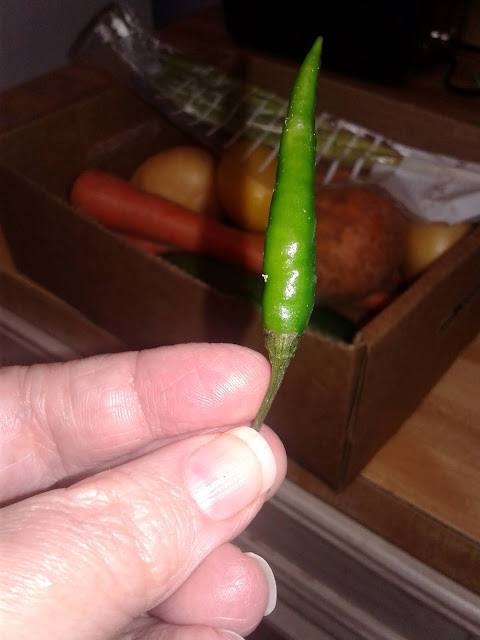 Studded zucchini. Ok. I didn't notice that description until just now. Not completely sure that that was supposed to mean. 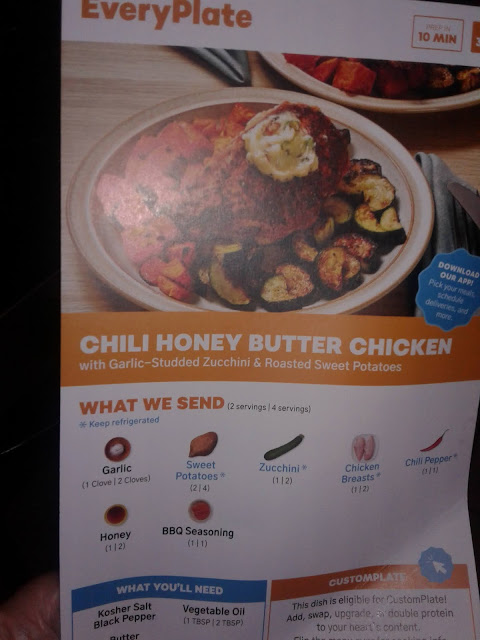 While some people are add the garlic girls, I'm add the onion girl. That's how I studded my zucchini! And I don't roast sweet potatoes. I didn't pick my meals and veggies right because I have had a lot of baked sweet potatoes lately. I tried baking them in the oven, but I didn't get them started early enough and had to microwave it.
My first attempt at the air fryer was a success. The honey butter was not. I melted my butter instead of softening it. 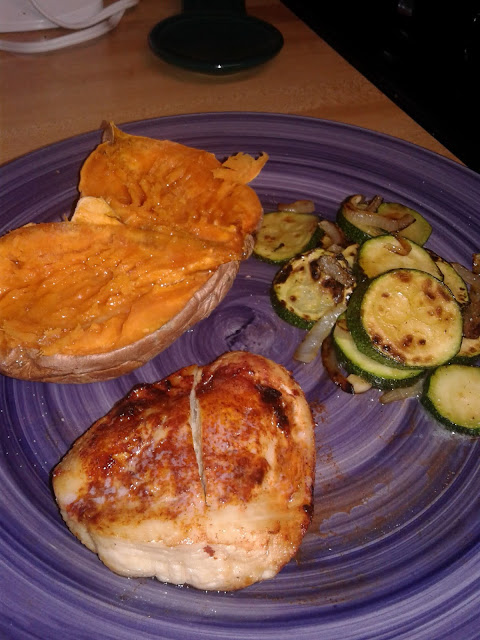 Growing up in my family, the gravy you smothered everything in didn't have chicken stock or sour cream, but this was really good. 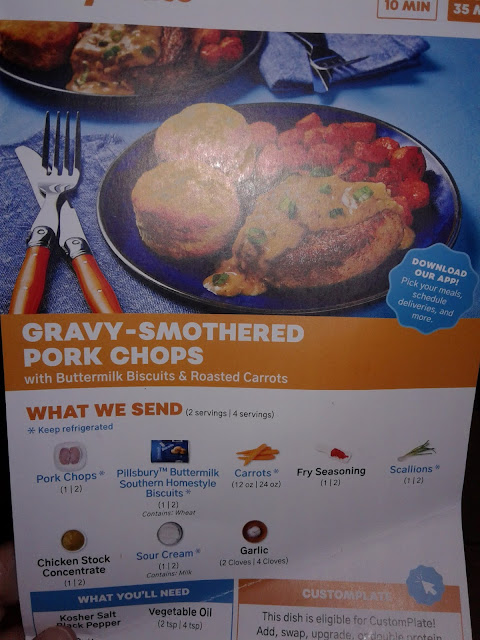 Sometimes I cheat on roasting carrots too. A little butter, some water and the microwave works too. It's quicker too. I had too many things cooking at once. 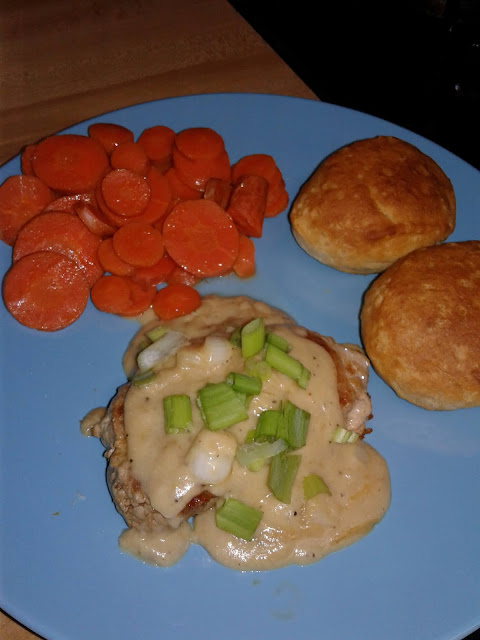 That is because I made two recipes at once since I got off on my cooking schedule. When I get my box in, I don't freeze my meat, so I make it a point to cook everything within a week. If I freeze it, I can more easily make an excuse not to cook it, then my veggies would go bad too, and I'd waste food and miss the point of the food box.
My Persian cucumber though did go bad though. I couldn't use it in my pitas that I actually swapped out ground meat for. The pitas just weren't good this time. I hated everything about it this time around. When I first started getting boxes, I didn't think lemon or lime juice in sour cream was bad. Now I hate it. (Didn't like it in the quesadillas this week.) The lemon juice in the sour cream this time was awful. I couldn't stomach it. People rave about the spicy ketchup. It was ok the last time I did it. I didn't like it at all this time. 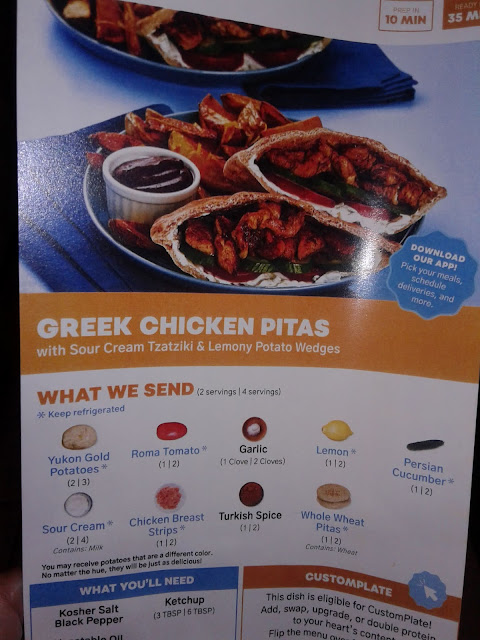 I tried to make the second meal more like hamburger pitas. Pickles are cucumbers. Didn't help. Cheese didn't help. But the first time I thought they were good enough to order again. Maybe I was just off whack. 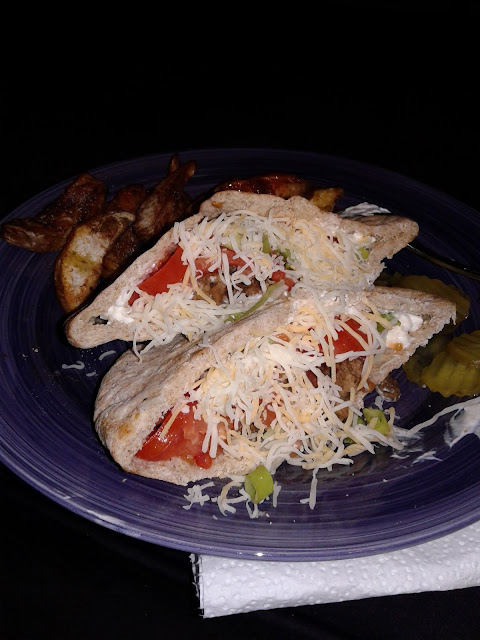 In other news, I did a little crafting. I can be listening for my delivery on Fridays and still miss hearing when my box arrives. It is super hot outside, and I don't want the box just sitting on the porch. I almost tripped over the box going out to get the mail not realizing it was there. They have switched from UPS to FedEx delivery, and FedEx does NOT ring the doorbell or anything. 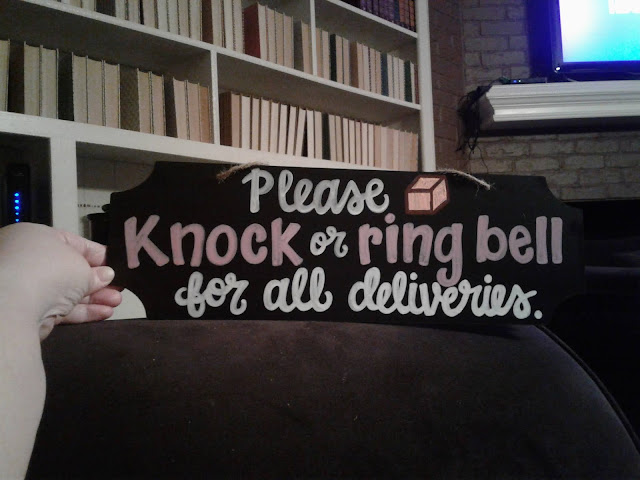 I posted this, and got an order for a sign asking for the opposite. I get it. There are times I would agree. The other sign is an address sign. They get deliveries for the wrong people.
So, I am sneaking a little bit of crafting in. I have plenty of crafting I could do, but I haven't had time. I guess some of it is, "What's the point?" It isn't looking good for craft shows happening this year, and that is kind of depressing to me.
But if you need something, let me know! I need a distraction! 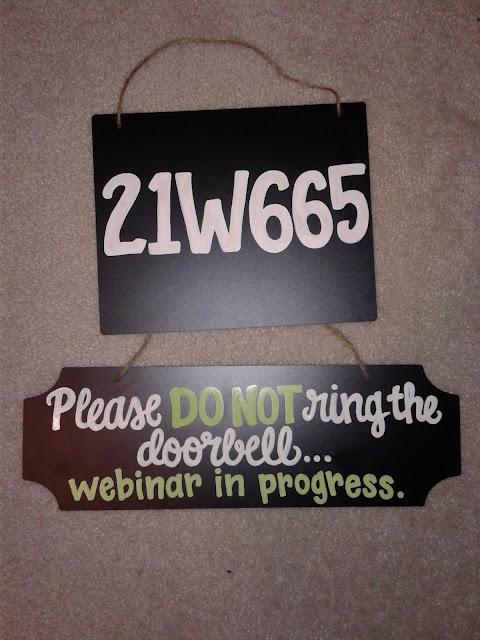