May 11, 2013
Rather than staying home and working on my scrapbook or crochet projects, I got out of the house.  Other than going to the girls' softball games, I haven't been out much. I even took my sweet time shopping at Walmart last night, and you know how I despise Target. A hazard of working from home.

I did go to Home Depot to get wallpaper stripper, so I really have no excuse to not start in on ridding my bathroom of it's almost neon pink wallpaper. I'm not looking forward to the work yet. It's going to be a pain. Stay tuned.

After getting home from a late lunch and shopping in Cedar Hill and Waxahachie, I was browsing Facebook while catching the end of the Ranger game. One of my friends posted their displeasure that Smash wasn't renewed for next season.

Crap! I'm annoyed too. I've really been into Smash though I have been forgetting the past several weeks that it comes on Saturday nights now until I see it on my DVR or my TV turns over to it.

I should have seen it coming. There is never anything good on TV on Saturdays. It's the night that I usually get stuck watching repeats of Hoarders or HGTV. Unless, NBC moves a show I watch to Saturday nights. YES! Finally! Something to watch!

And then, they cancel it. Saturday night is where NBC takes my favorite shows to die. The last three moves to Saturday night (or at least the ones I watched): Chase, The Firm, Smash. All shows that barely made it two seasons, if that. And they started in mid-season. 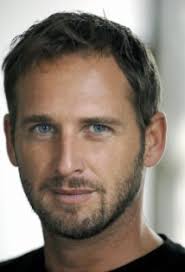 I still miss Josh Lucas and his blue eyes.

I looked up a list of cancellations, and there were many, but Smash is the only one that I am really bummed about.

However, I'll have to find some new shows to play in the background for noise next season. Guys with Kids, Go On and The New Normal bit the dust. Others I caught online were 666 Park Avenue (absolutely horrid) and Red Widow. Malibu Country was so bad, I wouldn't even watch it when the pickin's were slim. As was How to Live With Your Parents for the Rest of Your Life. I couldn't even get through the second episode of it without turning it off. Proof that TV shows are pathetic these days. None are great losses -- I only played them online for the noise because I can only listen to the songs on my iPod so many hundreds of times.

But poor Jeff Probst. I record The Jeff Probst Show every day and watch it as I have time. He wasn't renewed either. I really like the show, but then again, I liked Good Afternoon America too.
666 Park Avenue ABC Chase Guys with Kids NBC Red Widow Smash The Firm