What’s it Like When the Man You Married is Married to God? 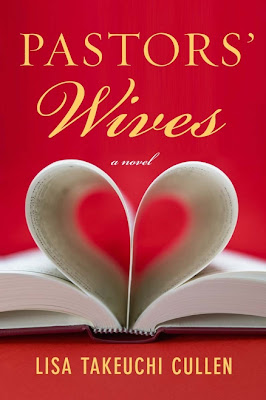 Looks Inside the Lives of Pastors’ Wives

How would you react if one day, completely out of the blue, your husband told you he wanted to go into ministry? What’s it like when the man you married is married to God? These are the questions Lisa Takeuchi Cullen wrestles with in her debut novel, Pastors’ Wives (Plume/April 30, 2013/ISBN 978-0452298828/$16.00). Cullen tells the story of three women whose lives converge and intertwine at a Southern evangelical megachurch — a world most of us know only from the outside.

Cullen passionately portrays the private lives of pastors’ wives, caught between the consuming demands of faith, marriage, duty and love. Ruthie follows her Wall Street husband from New York to Magnolia, a suburb of Atlanta, when he hears a calling to serve at a megachurch called Greenleaf. Reeling from the death of her mother, Ruthie suffers a crisis of faith—in God, in her marriage and in herself. Candace is Greenleaf’s “First Lady,” a force of nature who’ll stop at nothing to protect her church and her charismatic husband. Ginger, married to Candace’s son, struggles to play dutiful wife and mother while burying her calamitous past. When their lives collide during a fateful event that threatens the survival of all that is precious to them, each will ask herself: What is the price of loving a man of God? Each will answer that question in a different way.

The inspiration for Pastors’s Wives came to Cullen several years ago while working at Time magazine. Her editor assigned her a story on pastors’ wives and asked her to attend a pastors’ conference. Given her Catholic upbringing, Cullen had no idea of what to expect. What she found was that life as a pastor’s wife was much more complex than she ever could have imagined. Even after her story was published, the research didn’t end, nor did her relationships with the women she met along the way. However, she still wasn’t quite sure what she would write next.

Around this same time, the death of Lisa’s parents and other intense life changes lit in Lisa a profound need to reconcile her faith. Encouraged by her agent to use her reporting and experiences to write a novel, she set to work on Pastors’ Wives. Through the characters and their journeys in faith, Lisa examined her own. “Not everybody gets to process their faith through characters of their own creation, and I feel immensely blessed that I had Ruthie, Candace and Ginger to guide me,” Cullen reflects. “My journey continues; mine is an ongoing education. My hope is that Pastors’ Wives will spark thought and conversation about the role of faith, love and duty in your lives.”

This spring is an exciting time for Cullen. In addition to the release of Pastors’ Wives, she recently sold her TV pilot for The Ordained to CBS, and production is currently in process. “I wrote The Ordained right after I sold Pastors’ Wives. Clearly, the subject of faith was still on my mind. In the case of my TV pilot, what inspired me was my father’s story: What’s it like to start your life over as a man in your mid-30s?”

Join Lisa Takeuchi Cullen for her Facebook chat with readers on May 23 at 8:00 PM EDT. Watch Cullen’s Facebook Page for more details about the event and a social media giveaway.

“As a journalist, I’ve been trying for a decade to help readers understand the emotional nuance and social complexity of life inside a megachurch.  Nothing I’ve read even comes close to Cullen’s shrewdly observed and utterly empathic writing in Pastors’ Wives. That said, by Chapter Two I had completely forgotten that I was reading fiction written by a crack reporter, I was too busy alternating between fits of laughter and multiple-Kleenex sobs.  I can’t stop thinking about what this book has to say about love, struggle, and commitment, not just to a faith, but to our families and our very selves.”
~ Lauren Sandler, author of Righteous

“Lisa Takeuchi Cullen’s debut novel, Pastors’ Wives, offers readers a stirring and humorous look beyond the secrets shrouding the mega-business that is church in America. Pastors’ Wives is a tender reminder that our ability to trust God is compromised when we can’t trust one another.”
~ Karen Spears Zacharias, author of Will Jesus Buy Me a Doublewide?

“When I received Pastor’s Wives by Lisa Takeuchi Cullen, I had my guard up against stereotyped and caricatured portrayal. I was so wrong! Cullen, a former foreign correspondent and staff writer for TIME magazine, reveals a remarkable depth of truth and strength of character within the women of Pastor’s Wives. I was captivated by their stories, cheered them on as friends, and was terribly disappointed when it ended. Novel Rocket and I give it our highest recommendation. This is a must read for everyone who attends a church.”
~ Ane Mulligan, Senior Editor of Novel Rocket

“I couldn’t put down Pastor’s Wives once I started. Cullen is a fabulous writer, and I was mesmerized by the women and their challenges. Faith never has easy answers, and I loved how she showed both sides of the Christian walk.”
~ Colleen Coble, best-selling author of Tidewater Inn and the Rock Harbor series, www.colleencoble.com 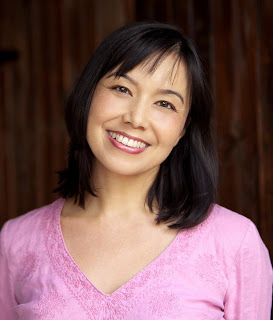 Lisa Takeuchi Cullen was born and raised in Kobe, Japan. Her father was a Roman Catholic priest from Philadelphia, sent by his religious order to a provincial city in southern Japan where he met Cullen’s mother, the coddled daughter of a wealthy merchant. She converted, he left the priesthood to marry her, and it all caused quite the scandal. As if in penance, they raised the four children in strict devotion, never allowing them to miss a Mass or their turn at the dinner-table Bible reading.

As she was in the beginning stages of writing Pastors’ Wives, several intense life changes lit in her a profound need to reconcile her faith: the loss of her mother to cancer, her father’s death nine months later, the birth of her second child, and leaving her job as a staff writer at Time magazine. Cullen feels that in many ways writing Pastors’ Wives saved her. Through the characters and their journeys in faith, she was able to examine her own.

Cullen was a foreign correspondent and staff writer for Time magazine, covering social trends, news, arts and business in the U.S. and Asia. Her first book, Remember Me: A Lively Tour of the New American Way of Death, was about the year she spent crashing funerals and was a Barnes & Noble Discover Great New Writers pick. She now writes novels and develops television pilots. Pastors’ Wives is her first novel, and Lisa recently sold a pilot about a former priest who becomes a lawyer to CBS. Production on the first episode of The Ordained is now in production.  Cullen lives in New Jersey with her husband and two daughters.