Home is where God leads you

September 03, 2013
Home is where God leads you
The Home to Heather Creek series shows that
God gives grace freely, even in trying times 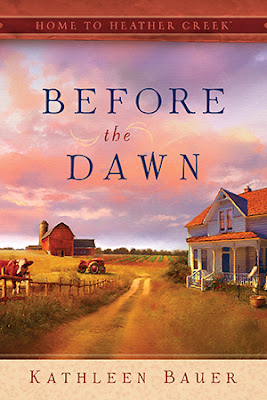 When the world around you falls apart, could it be that God is giving you a second chance? This is just one of the questions on Charlotte Stevenson’s mind as she brings her three grandchildren to live on the family farm in Guidepost Books’ Home to Heather Creek series. Following the death of their daughter in a tragic accident, and her husband, Bob, become guardians of the three grandchildren they hardly know. Not only is it a major adjustment for the couple nearing retirement, but also a huge shock for the orphaned children to go from life as they know it in San Diego to a small farming community in Nebraska. Readers will meet the Stevensons in Before the Dawn (ISBN: 978-0824934248/$14.99) and follow their journeys in Sweet September (ISBN: 978-0824934255/$14.99) when the first two books of the series become available in stores on September 1, 2013. 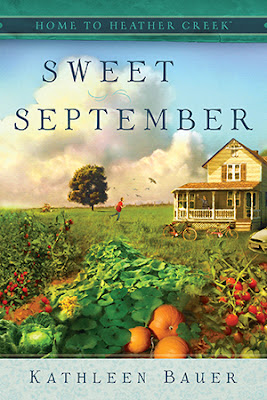 The Home to series is written by a talented team of authors writing under the name Kathleen Bauer. Throughout the series, readers will grow to feel as though they are part of the Stevenson family and the community as relationships are forged, faith is grown and the challenges and changes of life are faced as a family.

Before the Dawn begins just one week after the funeral of ’s daughter, Denise. Denise’s three children barely have time to process the death of their mother before they must move to the Farm they have never visited with grandparents they barely know. At age 16, Sam is fiercely protective of his younger siblings. Emily is 14 and desperately misses her friends. Young Christopher is only 8 and just wants to fit in. While tries to help her grandchildren adjust to their new life, she also wrestles with her own grief and the enormous task of bringing her family together. Bob believes the fastest path to adjustment is a firm routine, with structure and chores, the same way they raised their own kids. However, that route led to Denise running away from home as a teenager and an estranged relationship with her family. is worried about making the same mistakes she made with Denise. Is this her chance to make things right?

It is spring when the children arrive, and as looks around the farm, she hopes the new life around them will signify hope and healing. The miracle of new life, along with God’s healing touch, reminds all of them that it’s always darkest just before the dawn.

Sweet September picks up at harvest time, as the children are settling into a new school year. While the harvest should be an exciting time, the children don’t seem to be getting into the spirit. Emily is struggling with farm life, Christopher spends most of his time alone, and Sam is failing school. Trying to learn from what did and didn’t work with her own kids, is determined to get her grandchildren back on track.

As tenuous family bonds threaten to break apart, a mystery on the farm might be the one thing that can bond the family together. sets out to uncover the truth, and as the kids unite to find answers, this cobbled-together family learns more about one another and the love that binds them together.

The lives of the Stevensons and their grandchildren unfold in this captivating story of the remarkable change that comes from the love of family, the kindness of others, sheer persistence and unshakable faith. As readers follow the Stevensons’ inspiring stories, it’s almost impossible not feel a part of this friendly, loving community, where God’s grace can be seen in every circumstance.

Kathleen Bauer is the pen name for a team of writers who have come together to create the Home to series.

Before the Dawn was written by Carolyne Aarsen. Originally a city girl, Aarsen moved to the countryside near , when she married her husband, Richard. While raising four children, foster children and various animals, she learned how to drive tractors, front-end loaders and ATVs. She grew a garden and learned to can and preserve its produce. Somewhere in all this Aarsen learned to write. Since 1997 she has written more than 40 books. Learn more at www.carolyneaarsen.com.

Tricia Goyer is the author of Sweet September. A best-selling author of more than 35 books (both fiction and non-fiction) as well as 500+ magazine articles, she is a two-time Carol Award winner, and a Christy award and ECPA Award Finalist. Tricia is on the blogging team at www.MomLifeToday.com and www.TheBetterMom.com. She is the founder of Hope Pregnancy Ministries in Northwestern Montana, and she currently heads up a Teen Mops Group in . Tricia is the creator of www.NotQuiteAmishLiving.com and hosts a weekly radio podcast, Living Inspired. Find out more about Goyer at www.TriciaGoyer.com.
Before the Dawn Carolyne Aarsen Guideposts Home to Heather Creek Kathleen Bauer Sweet September Tricia Goyer