Black Friday shopping for myself

November 29, 2013
As it turns out, I usually buy more for myself on Black Friday than anyone else.

I bought some clothes and more owl stuff (while they still had it) at Belk in Waxahachie. Most of it was over 50% off. I did buy a few presents there too.

At Target, I found a new bathmat for almost finished bathroom (hopefully tomorrow)! I also bought a picture frame with openings for 12 pictures for the next trip I go on and I need a frame because it was over half off at only $6.

I also bought something for a special little gag gift for Peyton. I'll post a picture when I get it done.

Then, we made an unplanned trip to my grandmother's house in Kaufman. She gave me her snowmen Christmas dishes, so now I can serve 16 people. I kid you not. Before any of the grandchildren married and had children, that covered all of us with plates and bowls.

On the road, I ordered a watch from Amazon using a gift card for over half my purchase. I have had the same watch for 18 years (I've replaced the crystal and stem!) and I've been wanting a different one. It was supposedly on sale 93% off at $87.99. I don't believe the "list price" because it doesn't have diamonds and is not gold. Puh-leeze! I have a feeling I'm going to not like it and return it. We shall see.

I realized after I made this original post that I forgot to throw in that Dad found my purple lights on green wire at Target and bought me four boxes to wrap up and put under the tree for me to open on Christmas. In looking at recent page views on my blog, I also realize that I complain about decorating every year.

I've been making some presents too. Here are the latest hats I have finished. Ignore the zit on my chin. The design is supposed to look kind of like a butterfly. I modified the hat from a pattern I saw on Pinterest. I was too lazy and/or impatient to follow instructions. And it's mingled colored yarn, so I didn't abruptly change colors or anything. 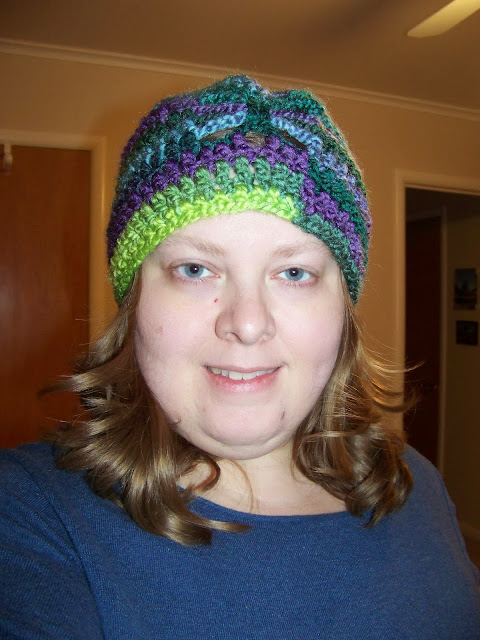 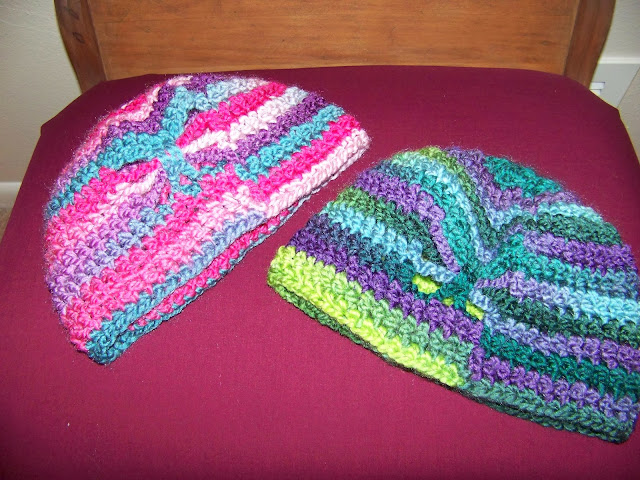 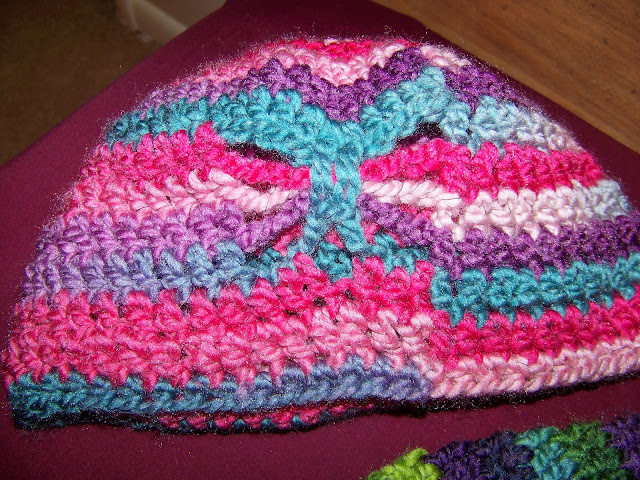