November 28, 2013
Happy Thanksgiving everyone!
(Even if I am late on getting this post up!)

We had a quiet Thanksgiving this year. It was just my parents, my brother and I. Paige and Peyton were with their mom in Wyoming. Most recent years, they've at least eaten with us. It was too quiet. I missed them.

Since there was only the four of us and my mom didn't want leftovers for a week, I was told I could make half the dressing as usual, so that meant only one pan of cornbread and that threw me off. I cut up too much onion and celery for one pan even though I cut back some on that. When I mixed the celery in, it was overwhelming, so put in more white bread in proportion. You could tell. The dressing was not as good as usual. It was white bread and celery. I was extremely disappointed since I LOVE dressing. Brian certainly doesn't want it for Christmas and since Mom was the one that didn't want leftovers, I told Dad I would do take two for Christmas Eve and just he and I would eat it.

Last night, after much frustration, I got the staircase decorated. I've had the same two strings of garland for YEARS. It has the red and green foil-like holly leaves that leave red and green leaves everywhere. I pick them up and vacuum them up for months every year. I don't know how there are leaves yet. And the garland kept breaking at one end as I tried to connect it to the lights and the other garland. One thing is for sure... it is going in the trash when I take it down this year.

So, here is a picture of my current Winter Wonderland. My Disney tree is the red one in the corner (I wish I had added clear lights too because it's bloody red! The gold and green light tree has my Wizard of Oz ornaments that I usually have on my big tree. They got their own tree this year. With the big tree and staircase, all my different colored lights and ornaments went up somewhere. I'm OCD that way. That's why it took me until 2:30 the other night to get ornaments on. If I have 12 of a certain shape/color of a ball, I have to distribute them evenly around the tree. Yes. I admit it. I'm that particular. It's sad. 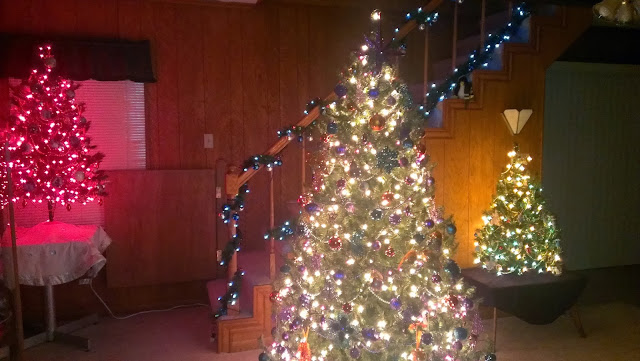 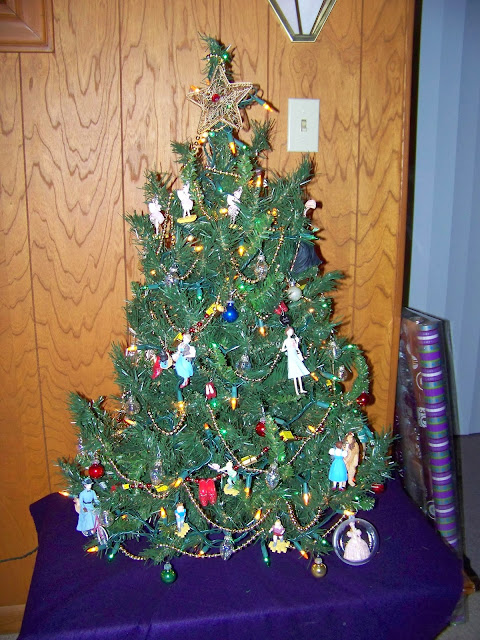 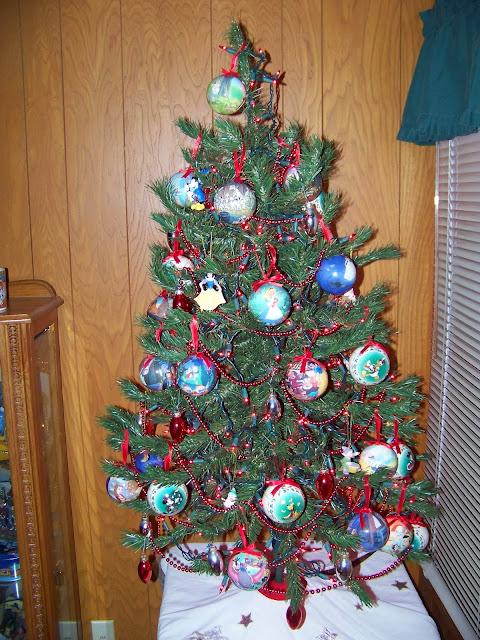 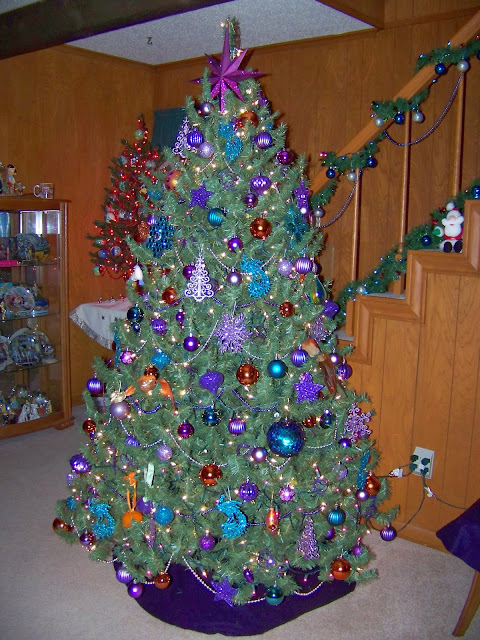 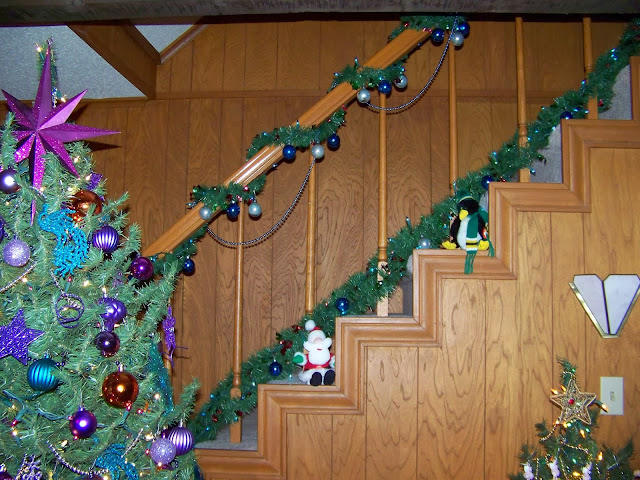