Hot potato tournament and the new book I started

January 13, 2018
Today's adventures took us over to Kerens for Peyton's basketball tournament. In reality, it was more like a hot potato tournament.

I don't know what was up with them as her team usually plays better, but it's like they didn't believe in dribbling, just getting the ball out of their hands as soon as they touched it. The results were losing their first game, winning their second and losing the third. 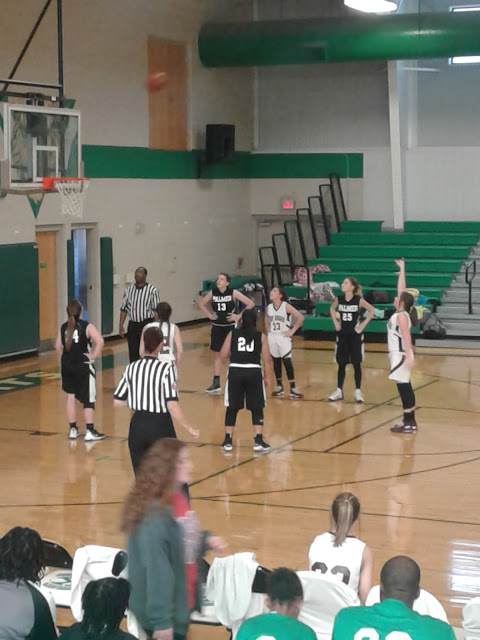 In between the first two games, we came back to town to check out an estate sale. Between the second two games we went to a couple of antique stores in a nearby town, but it was so cold in the buildings that had no eat, we gave up and went to eat Mexican food. We got back to the gym early, so I started a book on my Kindle.

I usually have so much going on that I rarely read for fun, even though I love to read. I'm actually embarrassed at how little I read for fun given my profession. I do read large portions of books for press kits though. However, I got Charles Martin's soon to be released, Send Down the Rain off of NetGalley yesterday. After reading the first chapter, I told Mom it was the strangest start to a book I had read in a while.

Strange may not be the word for it. Maybe. I'm not going to post a review of it until it releases in May!

I'm already about 1/4 of the way through it. I came home around 5:30 PM and had plenty of things I needed to do, including two orders I got this week. However, I plopped on the couch and read. And took a nap. Now, I am finishing off this blog while working on my sales tax for 4th quarter 2017 that is due. I need to hurry it up though so I can go back to reading.

Who is the author that you must read as soon as they have a book out?