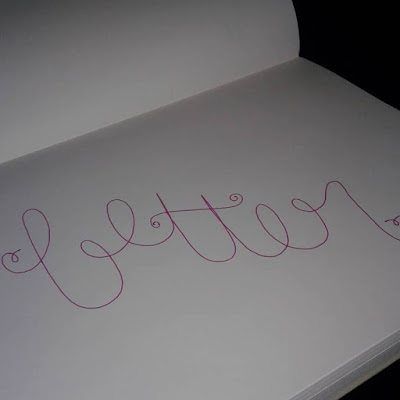 Sometimes I scroll through Facebook or read someone's bio online and wish I was a more motivated and goal-oriented person. I've been an eye-roller my whole life when the word "goal" comes up. It's one of many character flaws that I think is embarrassing to admit.

The trend of the past few years has been to dump the list of New Year's resolutions and pick a word to live the next year by. I won't say I've rolled my eyes at that, but I usually think, "I'm just not that inspired."

There are so many things I want to do better. I just want to be better. It's not a lofty goal that I can fail at or fail to reach (or maybe it is). Surely, of all the things on my list, I can do some things better this year.

I started journaling and doodling the other night and have a list.


There were some other things on my list too. I don't know that I've improved on anything yet. Little by little, I will do better.
New Year's one word resolutions