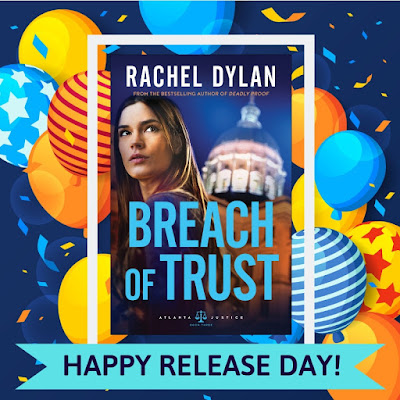 Happy release day to Rachel Dylan! Breach of Trust is the third and final release in the Atlanta Justice series. If you like romantic suspense, you should really check it out.

Read more about the book, and find out how to join her big online launch party this week. 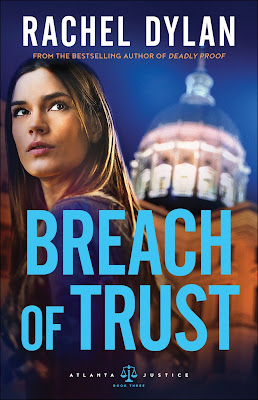 Corporate litigator Mia Shaw suffers the shock of her life when she finds her colleague and friend brutally murdered. Grief-stricken and furious, Mia vows that she will do anything to seek justice and make the killer pay. The man accused of the murder is a friend of security tech guru Noah Ramirez, but the evidence just doesn't add up. To save his former ATF partner, Noah needs to convince Mia that the real killer is still on the loose.Mia soon has more than the criminal prosecution to worry about, however. She is tasked with taking over her friend's last case and learns he was hiding secrets about his client. She thinks she may have stumbled upon corporate espionage that has turned deadly, but she has no idea of the danger involved. Her only ally is Noah, despite their difference of opinion on the homicide case. Can he win Mia over to his side and protect her from ever-growing threats? 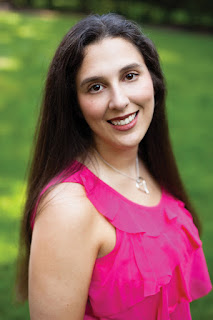 Rachel Dylan was a litigator in one of Atlanta's most elite law firms for over eight years and now works as an attorney at one of the Big Three automobile manufacturers.

Rachel lives in Michigan with her husband, two dogs and three cats.

She is active on social media and you can visit her website at www.racheldylan.com.

Learn more and RSVP to get a reminder here! 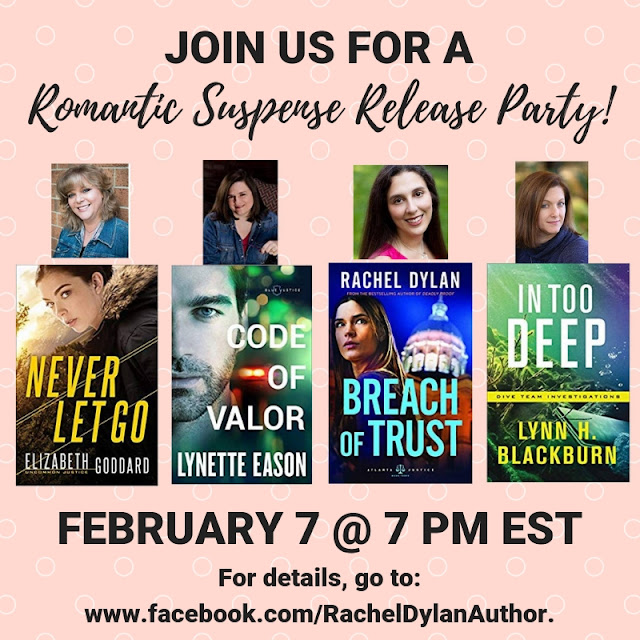