Because of this book, I may one day end up in the loony bin 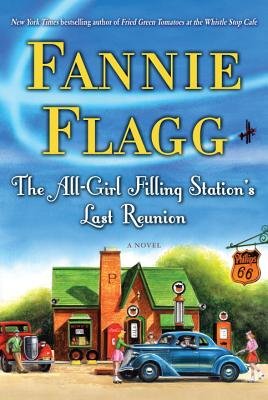 I don't always get to read the books I want to read first. I got three hardcover books from my wish list for Christmas and have just now, in August, finished the second one. Seriously. I just finished Fannie Flagg's The All-Girl Filling Station's Last Reunion after starting and stopping it I don't know how many times in between other books. That just happens sometimes.

It took a little bit for me to get into it for some reason, but once I did, I wanted to keep reading in order to keep laughing.

What may be the funniest part of the whole thing is that when Paige comes over when I am in middle of a book and reading at some point while she is around, she asks me, "what is the book about?"

The last time or two I was in middle of one I found ridiculous in one way or another and struggled to explain. This time, it wasn't so much a problem.

"There's this woman who didn't find out she was adopted until she was 60. Her adopted mother was kind of crazy and the mom's relatives were in the loony bin." I had to explain the relative part because I started reading to her and Peyton.

It's at this point that Paige decides that when I get old, she's just going to drop me at the front door of the loony bin. To drive me a step closer to that ultimate drop off point, she started calling me "Aud." She picked this up from a story about a crazy math teacher I had in high school. I regret sharing either part.

Then, Peyton got to laughing because when the adoptive mother died, I read her obituary. As you may recall, obituary has a bad word in it, and Peyton thinks that is hilarious.

Anyway, if you haven't ever read anything by Fannie Flagg, you should. She wrote Fried Green Tomatoes and if the Game Show Network still shows Match Game 76 like they used to, she was frequently on it. I got my friend Angie hooked on her.

Most of her characters are southern. Many of them are crazy. Whatever the case, you're sure to laugh.

In this book, you'll also get an education on the very fascinating topic of women pilots ferrying planes during World War II while getting to know Sookie's birth mother, aunt, and the rest of their big Polish family.

The one and only Fannie Flagg, beloved author of Fried Green Tomatoes at the Whistle Stop Cafe, Can’t Wait to Get to Heaven, and I Still Dream About You, is at her hilarious and superb best in this new comic mystery novel about two women who are forced to reimagine who they are.

Mrs. Sookie Poole of Point Clear, Alabama, has just married off the last of her daughters and is looking forward to relaxing and perhaps traveling with her husband, Earle. The only thing left to contend with is her mother, the formidable Lenore Simmons Krackenberry. Lenore may be a lot of fun for other people, but is, for the most part, an overbearing presence for her daughter. Then one day, quite by accident, Sookie discovers a secret about her mother’s past that knocks her for a loop and suddenly calls into question everything she ever thought she knew about herself, her family, and her future.

Sookie begins a search for answers that takes her to California, the Midwest, and back in time, to the 1940s, when an irrepressible woman named Fritzi takes on the job of running her family’s filling station. Soon truck drivers are changing their routes to fill up at the All-Girl Filling Station. Then, Fritzi sees an opportunity for an even more groundbreaking adventure. As Sookie learns about the adventures of the girls at the All-Girl Filling Station, she finds herself with new inspiration for her own life.

Fabulous, fun-filled, spanning decades and generations, and centered on a little-known aspect of America’s twentieth-century story, The All-Girl Filling Station’s Last Reunion is another irresistible novel by the remarkable Fannie Flagg. 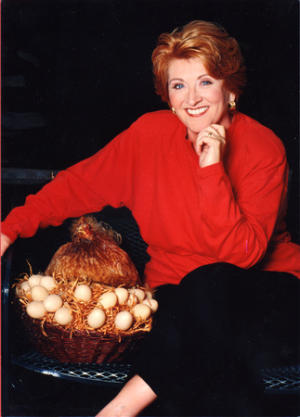 Fannie Flagg began writing and producing television specials at age nineteen and went on to distinguish herself as an actress and writer in television, films, and the theater. She is the author of the New York Times bestsellers Daisy Fay and the Miracle Man, Fried Green Tomatoes at the Whistle Stop Cafe (which was produced by Universal Pictures as Fried Green Tomatoes), Welcome to the World, Baby Girl!, and
Standing in the Rainbow. Flagg's script for Fried Green Tomatoes was nominated for both the Academy and Writers Guild of America Awards and won the highly regarded Scripters Award. Flagg lives in California and in Alabama.