Why is it that 100 years later, people are still into stories about the Titanic? 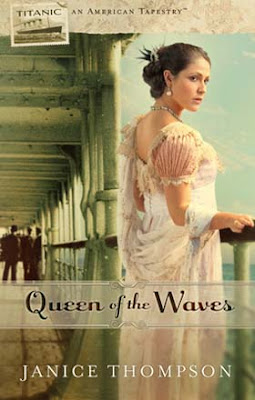 Mesmerized by Her Majesty

A hundred years later, we are still captivated by
the history and stories of romance aboard the Titanic

This year marks the hundredth Anniversary of the Titanic’s maiden and only voyage, yet the passing of time has done little to diminish our fascination with the “queen of the ocean” or our love of stories set upon the ill-fated ship. This fall Summerside Press’ new American Tapestries™ line of historical romance novels will set sail with the release of Queen of the Waves (Summerside Press/October 2012/ISBN: 978-1-60936-685-8/$12.99), a story of love and destiny by Janice Thompson.

Queen of the Waves tells the story of two families on opposite sides of the Atlantic that are shaken by the rise and fall of the Titanic, “queen of the ocean.” To help her daughter escape an arranged marriage, Jacqueline Abingdon’s mother secretly purchases a ticket for Jacquie on the much-anticipated maiden voyage of the Titanic. But unbeknownst even to her mother, the pampered Jacquie has concocted a second scheme. Another woman will board in her place, and Jacquie will elope with the family gardener to a small village in the English countryside.

From a poor corner of London, Tessa Bowen has been granted the opportunity of a lifetime — a ticket to sail to America. But there’s a catch: She must assume Jacqueline Abingdon’s identity. For the first time in her life, Tessa stays in expensive quarters, dresses in luxurious gowns and dines with prestigious people. When a wealthy young American man takes an interest in her, Tessa struggles to keep up the ruse while she finds herself falling for him.  When tragedy strikes, the game is up, and Jacquie’s and Tessa’s lives are forever changed.

Queen of the Waves is the first release in Summerside’s new American Tapestries™ series. Each novel in this line sets a heart-stirring love story against the backdrop of an epic moment in American history. Whether they fought in her battles, built her cities or forged paths to new territories, a diverse tapestry of men and women shaped this great nation into the Land of Opportunity. Even then, as is true now, the search for romance was a major part of the American Dream.

When approached with the idea of writing a book focused on the Titanic, Thompson expressed uncertainty, as it would be a departure from her usual comedic approach to storytelling. However, just a day later, she had the story idea and the first chapter. Once her editors had read her ideas, Thompson was thrilled to learn they had decided to make her book one of the debut releases in the new line.

Although hundreds of books and documentaries about the Titanic are readily available, research for Queen of the Waves proved to be a daunting task. “When you write about an event such as this, particularly one that has been so well documented in movies and books, you need to get your facts right,” says Thompson. “Even the ‘little’ things like how long it took to load everyone onto the ship can bog the writer down. Dozens and dozens of times I would stop writing just to look something up.”

Thompson was able to make the research and writing processes exciting and interactive by utilizing social media. She had just started writing Queen of the Waves when she received a note from a friend asking if I would be interested in taking a Titanic anniversary cruise. Her response was, “No, thanks! The only Titanic cruise I would consider taking would have to be a virtual one.” As she typed the words, the idea hit: Set up a Facebook group, title it Queen of the Waves and invite people on a “virtual” Titanic cruise. The enthusiastic group grew to more than 200 members who used Pinterest and other online tools to share photos, information and stories. The group even took part in an online reenactment on the night of the anniversary.

In addition to the romance and history, there is a spiritual aspect to the story. Thompson shares, “Several of my characters (primarily Tessa) face their own destiny. They come to grips with the brevity and value of life. They see first-hand what’s truly important and what isn’t.  Tessa learns that her picture of God has been skewed since childhood. She discovers a relationship with Him while onboard the ship, but that relationship is tested the night the ship goes down.”

“Thompson keeps readers hooked and entertained until the end with a fast-paced, action-packed romance. The memorable characters want something more out of their difficult lives, and the results will surprise you as well as them.”
~ Romantic Times Book Review

“I absolutely loved this novel. Janice Thompson captures the true heart of the voyage and makes us feel as if we are a part of the Titanic. She also makes sure God's love shines through this tragedy and shows that He has better things in store!”
~ Cathy Peeling, great-niece of Edward Smith, captain of the Titanic

“Janice Thompson has concocted a tale I couldn’t put down. Queen of the Waves is a deft weaving of deceit confronted by truth, shame confounded by love, and guilt swallowed in forgiveness. Beautifully written, this is a very different take on Titanic’s many stories—one you won’t want to miss, one you won’t forget.”
~ Cathy Gohlke, Christy-Award winning author 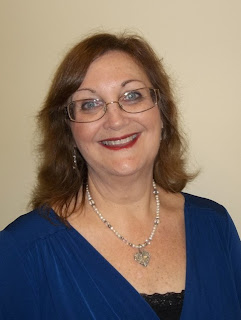 She formerly served as vice president of the Christian Authors Network  and was named the 2008 Mentor of the Year by the American Christian Fiction Writers. Thompson is passionate about her faith and does all she can to share the joy of the Lord with others, which is why she particularly enjoys writing. She does her best to keep the Lord at the center of it all.

Thompson lives in Spring, Texas, near her four grown daughters and young grandchildren. She leads a rich life with her family, a host of writing friends and two mischievous dachshunds.

Readers can keep up with Janice Thompson by visiting janiceathompson.com, becoming a fan on Facebook or following her Twitter.


You could win a Kindle Fire!

One fortunate winner will receive:
Enter today by clicking one of the icons below. But hurry, the giveaway ends on October 17th. Winner will be announced at the American Tapestries Author Chat Facebook Party on 10/18. Connect with authors Janice Thompson and Melanie Dobson for an evening of book chat, trivia and fun! There will also be gift certificates, books, and a Book Club Prize Pack to be won (10 copies for your book club or small group)!

So grab your copy of Queen of the Waves and Where the Trail Ends and join Janice Thompson and Melanie Dobson on the evening of the October 18th for a chance to connect with the authors and make some new friends. (If you haven’t read the books – don’t let that stop you from coming!)

Don't miss a moment of the fun, RSVP today. Tell your friends via FACEBOOK or TWITTER and increase your chances of winning. Hope to see you on the 18th!