I lost track of thumping threats

May 18, 2014
Today, I lost track of how many times I threatened to thump someone. That applies to the whole day, not just Bible class.

Here's a repeat of an earlier song. It's been a while since we sang it, and we do need to revisit some songs. I started videoing early because I found it funny all their backs were to the camera.

As soon as church was over, Paige, Peyton, Sadie (Peyton's friend) and I went to the Rangers game. Because we were coming from church and stopped to eat for $18 vs. $80, we didn't get there among the first 15,000 to get a Prince Fielder bobble head. I heard about that the whole rest of the day. I don't think our Whataburger stop was the problem.

I threatened to thump heads so hard they would bobble if they didn't stop whining about it. Peyton and Sadie tried to convince a few people to sell them theirs to no avail.

HOWEVER, the Rangers won - a great thing as of late - and the girls got to run the bases after the game! A perk of Sunday day games! 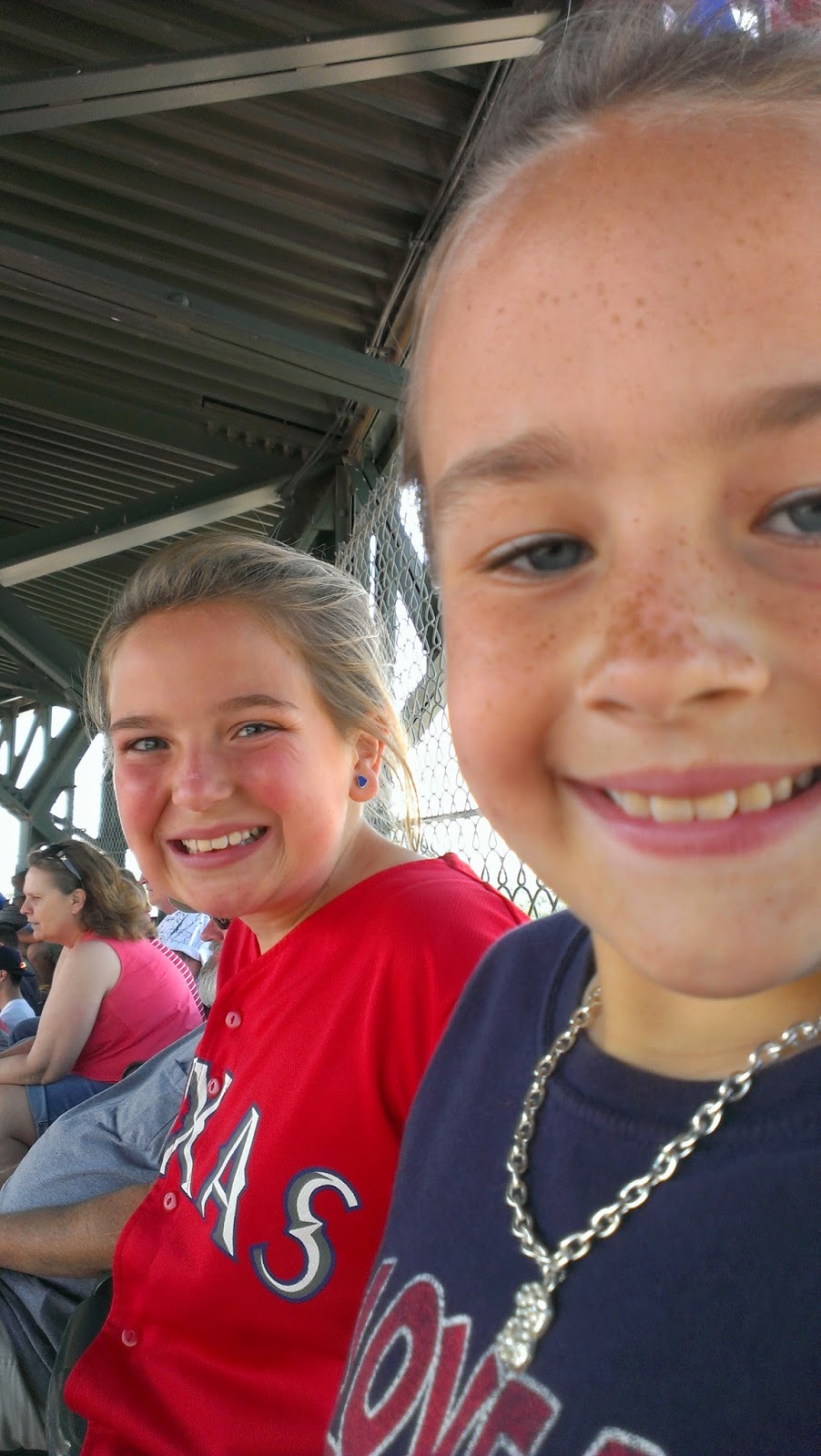 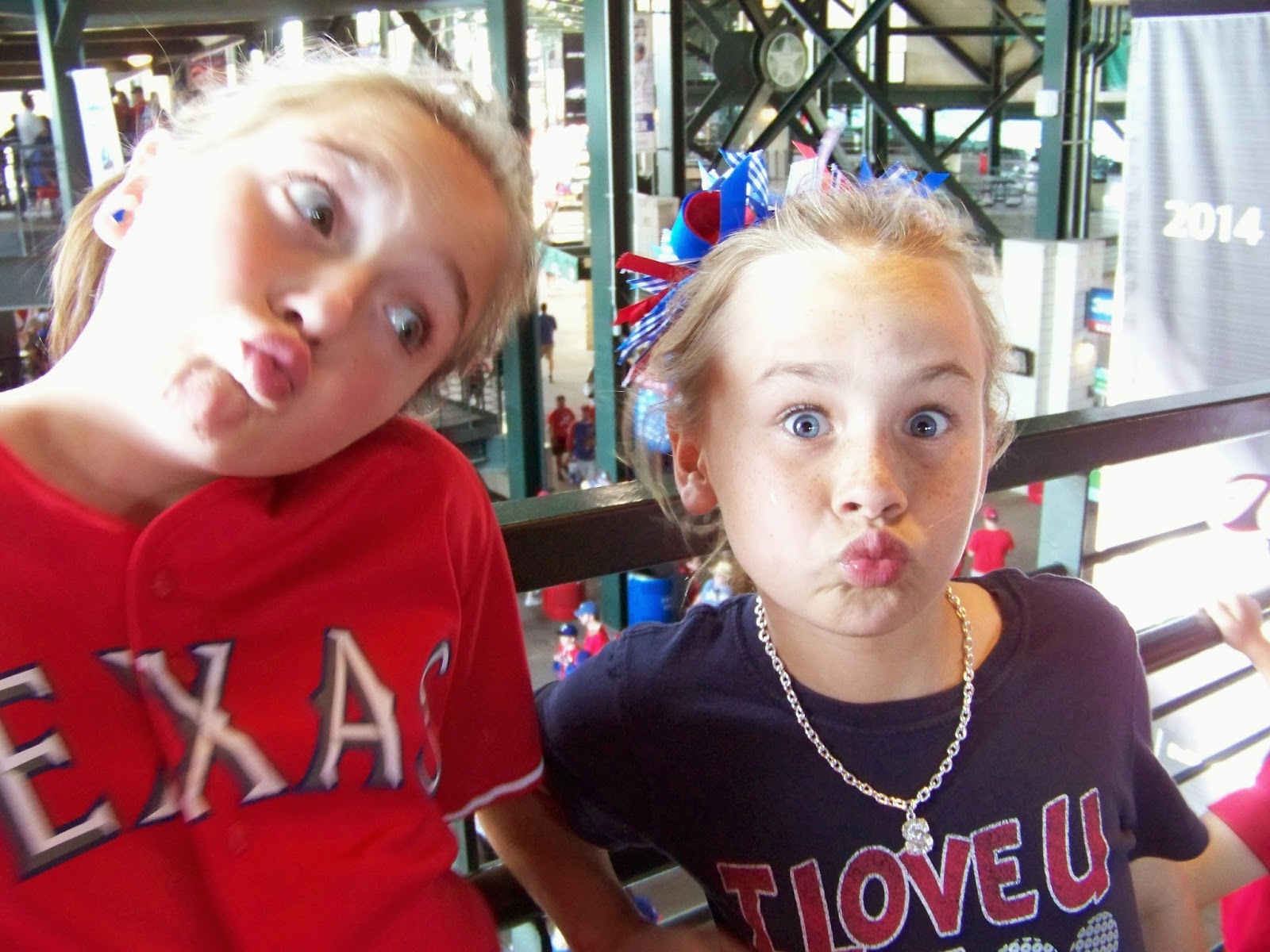 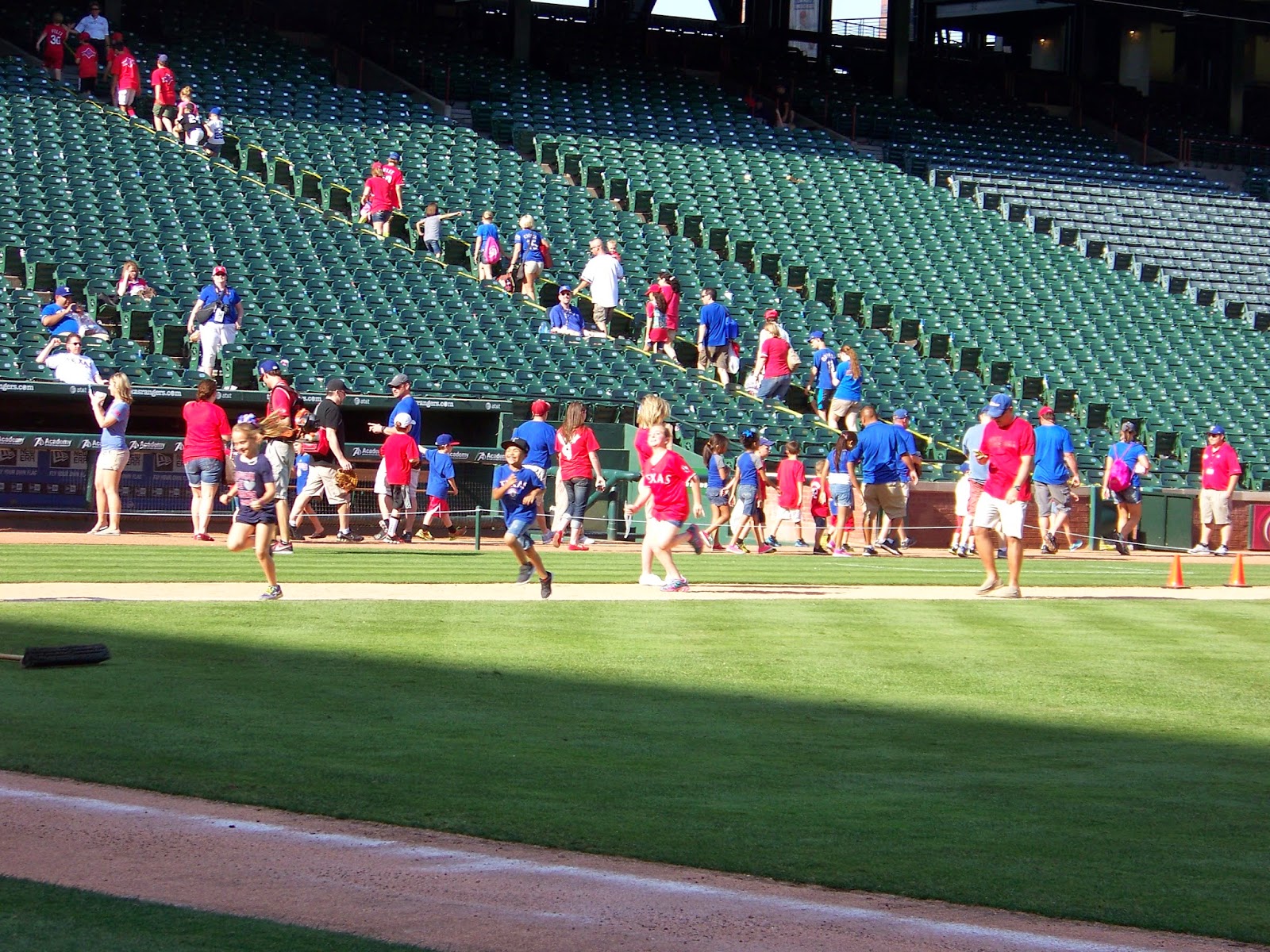 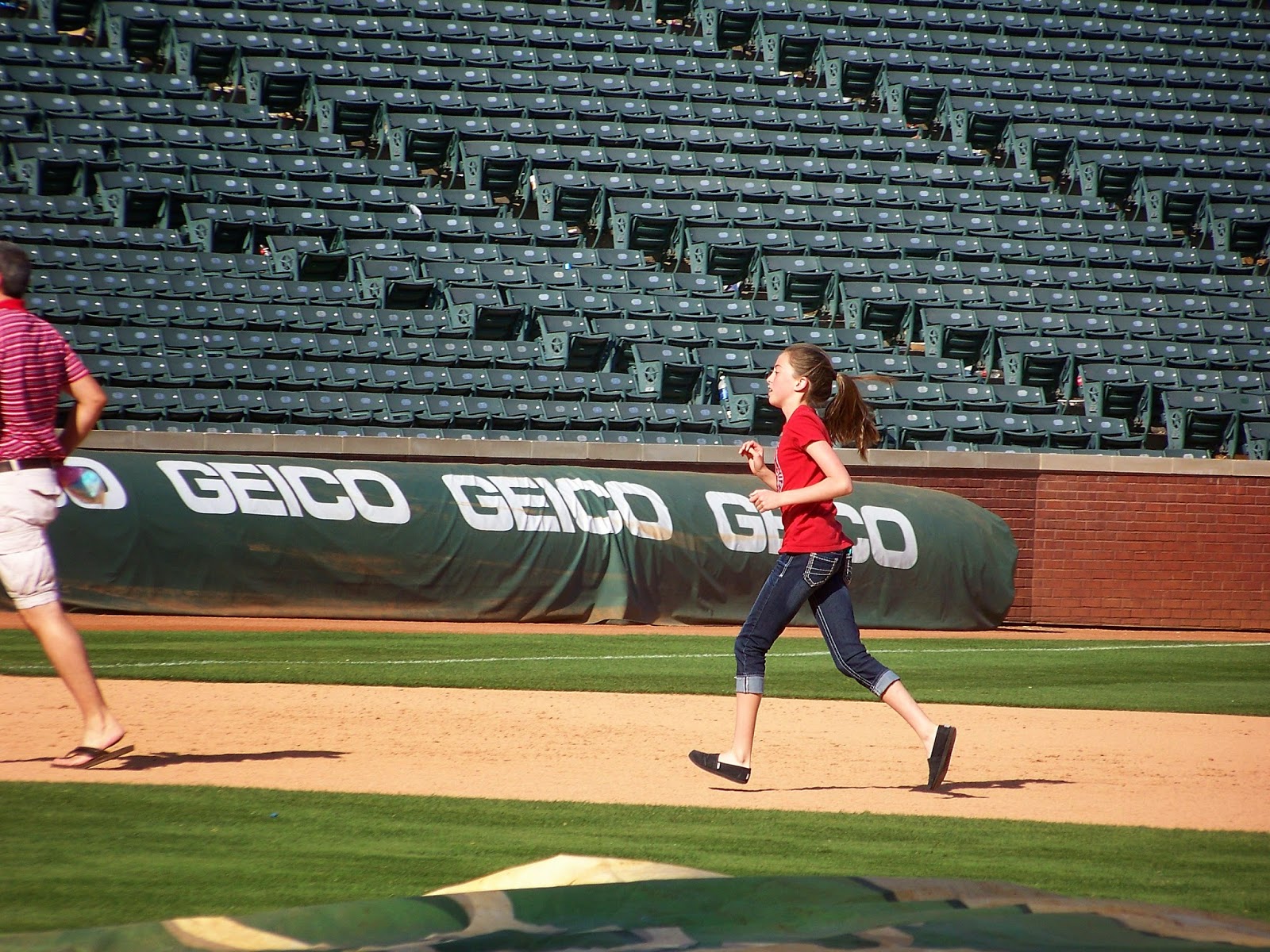 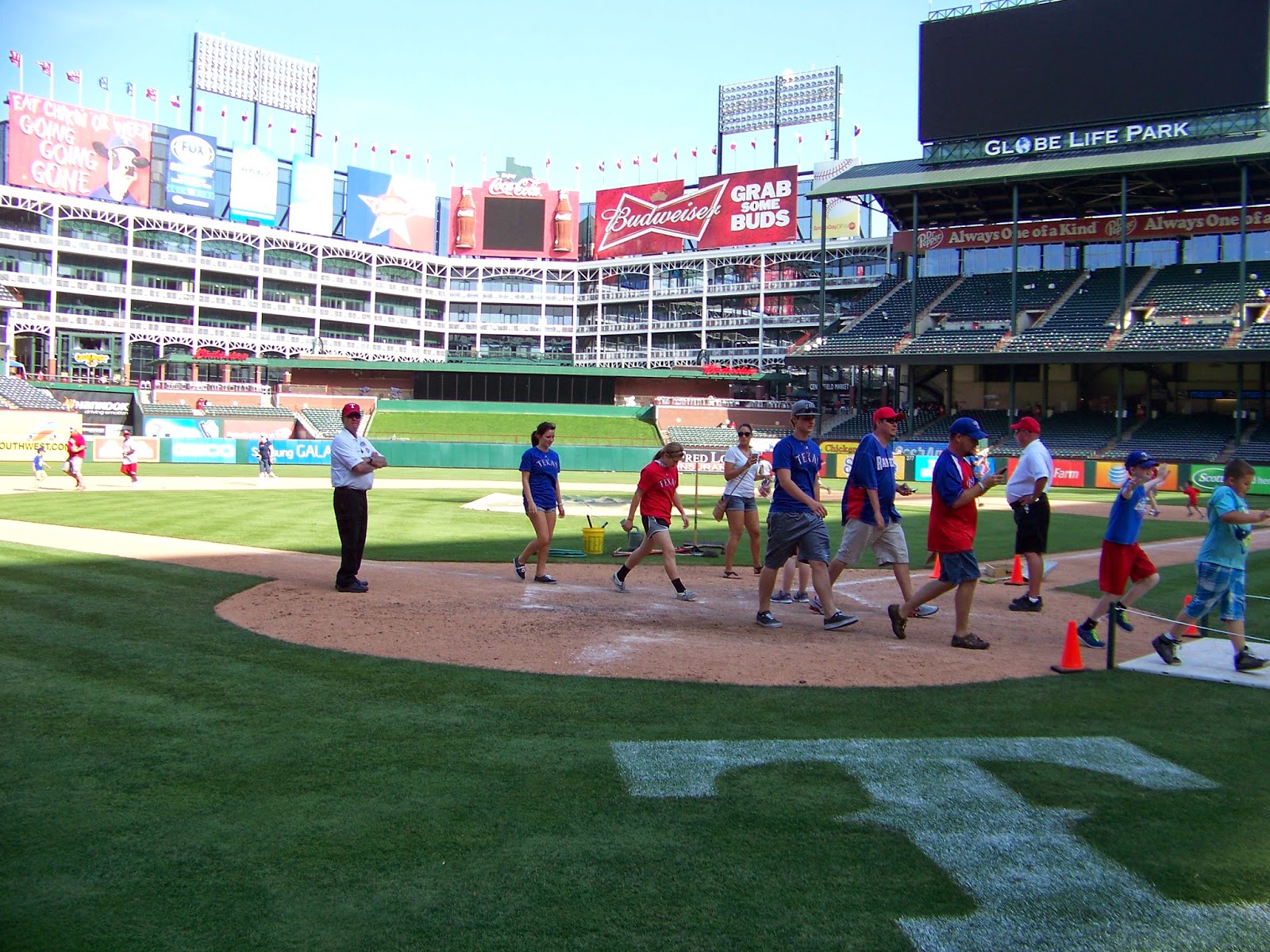 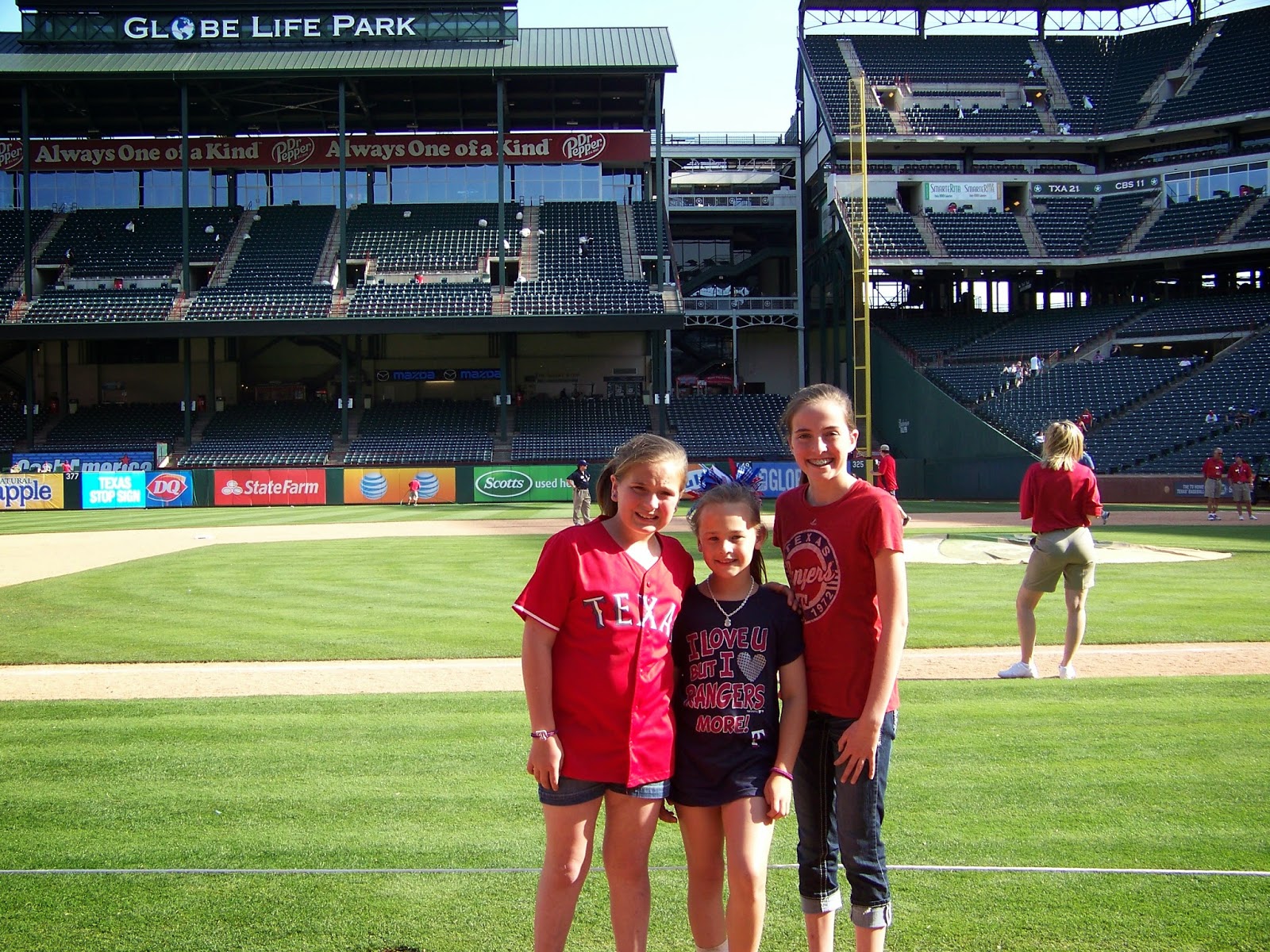