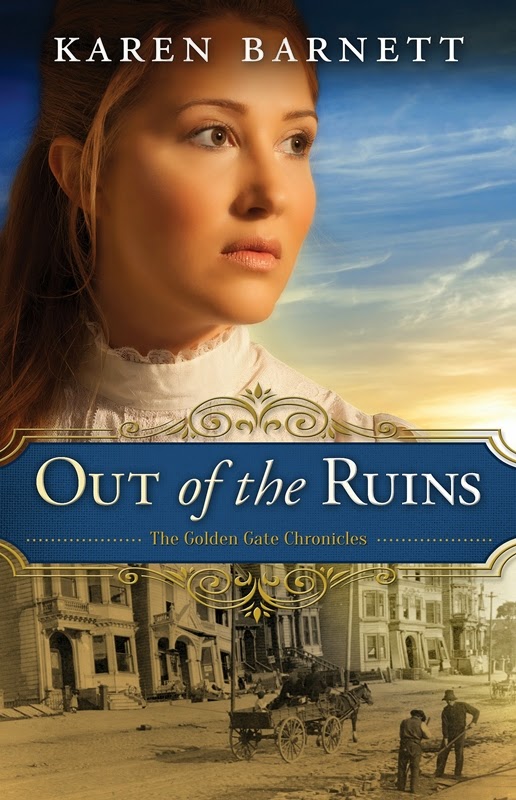 In Our Weakness, He is Strong

Karen Barnett’s Out of the Ruins shows that
nothing we do can make God leave our side.

Whether because of grief, guilt or a feeling of inadequacy, many of us find ourselves pushing God away during the time we need Him most. Abby Fischer, the heroine in Karen Barnett’s new novel, Out of the Ruins (Abingdon/May 6, 2014/ISBN: 978-1-4267-8057-8/$14.99), comes face to face with grief and anger that causes her to question her faith, something the author herself has done for similar reasons.

“There was a time in my life where I pushed God away, but it was because of guilt rather than grief,” Barnett says. “I knew God would never approve of the choices I was making at the time, so I played Jonah and hid from Him, thinking I could return once I fixed all my problems. The result? I continued falling further into sin because I was incapable of changing myself. It took a time before I realized I needed God’s strength to overcome my weakness.”

Now Barnett has taken those experiences and built a story that will leave readers with the understanding that no matter who we are or what we’ve done, God is still as close to us as our next breath.

Abby Fischer has always lived in her sister’s shadow. The shy, socially awkward and stubborn heroine envies Cecelia’s beauty and talents while being completely blind to her own. When Cecelia becomes ill, however, Abby draws on a well of inner strength she never realized she possessed. God answers her prayers for a miracle in the most unexpected way—in the form of the handsome Dr. Robert King, whose experimental treatment is risky at best.

Reeling by the tragedy of the mighty San Francisco earthquake and the resulting fires around the city, Abby’s feelings for the doctor become hopelessly entangled, but their relationship takes a backseat to survival. With fires and chaos raging throughout San Francisco, Abby fears for her life as she flees alone through burning streets. Where is God now? Will Robert find Abby, even as the world burns around them? Or has their love fallen with the ruins of the city?

Out of the Ruins is the first in Barnett’s new Golden Gate Chronicles series, which brings to life the world of the early 20th century, when technology was changing faster than people could keep up. Automobiles, telephones, electricity affected people's daily lives, and the discovery of X-rays altered the face of modern medicine. Many of these advancements are what bring the characters of this series together, giving readers a unique and memorable peek into a world so different, and yet so similar to our own.

Join Karen Barnett on June 5, 2014, at 8:00 PM EDT for a live Facebook chat. Watch for more details on her Facebook page (KarenBarnettAuthor). 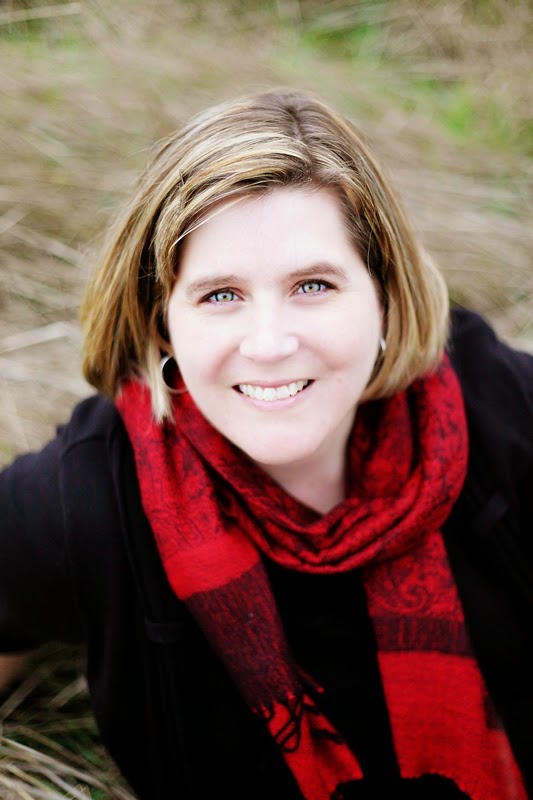 Inspired by God’s devotion to His people and her own passion for research and learning, author Karen Barnett creates historical romances that explore her characters’ faith and how their experiences impact the way they view God.

A graduate of Valparaiso University and Oregon State University, Barnett’s debut novel, Mistaken, was released in 2013 and earned her the Oregon Christian Writers “Writer of Promise” award. A former park ranger, she loves getting out into God’s creation. She spends her free time taking photographs, dragging her kids through dusty history museums, decorating crazy birthday cakes and watching movies.

Karen, her husband and their two children live in the beautiful Pacific Northwest.