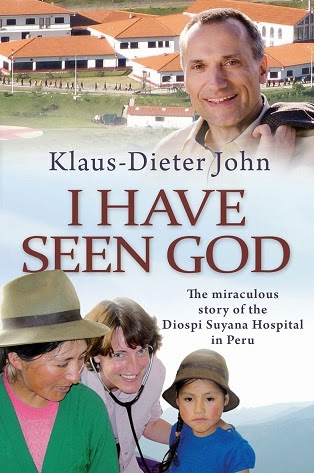 existence in the highlands of Peru

Imagine being medically trained at some of the most prestigious institutions in the world — Harvard and Yale — and turning your back on a lucrative medical career in private practice to care for the poor. As Klaus-Dieter John writes in his book, I Have Seen God (Monarch Books/November 27, 2014/ISBN: 978-0857215741/$16.99), it was a dream he had since he was a young child, growing up in Germany. In high school, John met his future wife, Martina, who shared a similar dream to become a missionary doctor. After medical school, the Johns set out to fulfill their goal. “We shared exactly the same vision for our future,” John shares. “We wanted to get the best medical training available and then work as missionary doctors for the rest of our lives.”

John’s journey took his family around the world, including stops in Ghana, South Africa and Ecuador, before settling in the highlands of Peru where he founded the Diospi Suyana Hospital. He has written I Have Seen God to tell the world about the miracles God is doing in this top-quality health facility serving the Indians of the Peruvian Andes.

Descended from the ancient Incas, the Quechua make up approximately 40 percent of Peru’s population but have largely been either neglected or exploited by authorities for centuries. The majority of them lives in abject poverty, without windows, doors, running water, electricity or sewage systems. As a result, they have a significantly reduced life expectancy.

The healing that comes from the state-of-the-art medical care isn’t the only miracle seen at the hospital, which serves 150 patients a day. If faith can move mountains, it can also shake wallets and transform hearts; astonishingly, more than 50,000 private individuals and 180 companies from around the globe have donated more than $21 million to this work. Patients only contribute to about 20 percent of operating costs, can attend daily church services and while they’re seated in the waiting rooms will most likely catch the Jesus Film on TVs.

I Have Seen God explains how the hospital, whose name is translated into the Quecha language as “we trust in God,” has overcome the mire of bureaucracy and united Catholics and Protestants in one love for God and their fellow people. The ministry also reaches beyond the walls of the hospital — with a dental clinic and teams that go into the villages to mentor and teach children.

John believes the stories told in I Have Seen God have the power to change lives, including his own. “When I was a medical student I would wonder whether God was real or if it was just wishful thinking. One night I shouted at the top of my voice, ‘God where are you?  I want to see you!’ In the history of our hospital, God has become very visible to me and to the hundreds of thousands of people who have heard the story.” John hopes readers will close the covers of his book more convinced than ever in the truth of a living God. 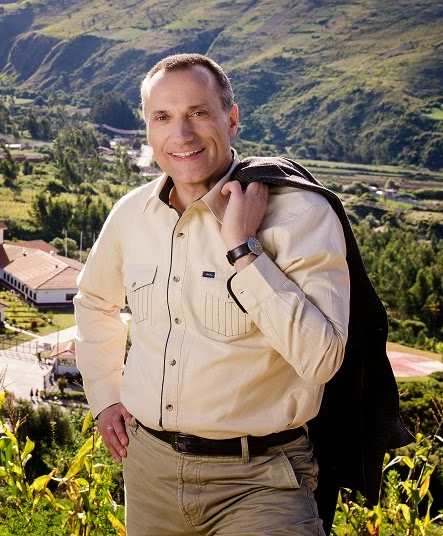 Dr. Klaus-Dieter John grew up in Germany and met and fell in love with his wife, Martina, during his term as high school class president. The two bonded over the strong call they felt to obtain medical degrees in order to serve the medical needs of the poorest of the poor.

Dr. John began medical school in Germany, eventually completing his surgical training at Harvard and Yale in the U.S., as well as in Johannesburg, South Africa. Martina was trained in both Germany and the U.S. and is now a certified pediatrician in both countries.

Their medical missions work took them from Ghana to Ecuador, eventually bringing them to Peru, where they helped found the ministry Diospi Suyana in August of 2002. The main goal of Diospi Suyana was to maintain an interdenominational mis­sion hospital, which was opened in the highlands of Peru in 2005. The ministry also operates a dental clinic, a school and a children’s ministry in Curahuasi, Peru.

For more information about Klaus-Dieter John and the work of the Diospi Suyana Hospital, visit www.diospi-suyana.de.