Quilts of Love | HIDDEN IN THE STARS – $200 Giveaway & “Fall into Fall” Facebook Party!

October 06, 2014
Don't miss the newest Quilts of Love book, Hidden in the Stars by Robin Caroll. September's QOL release is a wonderful combination of mystery, romance, and family love bound together by a quilt and the story it tells.

One winner will receive:
Enter today by clicking one of the icons below. But hurry, the giveaway ends on October 7. Winner will be announced at the October 7th author chat party with Amber Stockton and Robin Caroll! RSVP for an evening of book chat, quilting tips and tricks, prizes, and more!

RSVP today and spread the word—tell your friends about the giveaway via FACEBOOK or TWITTER and increase your chances of winning. Hope to see you on October 7th! 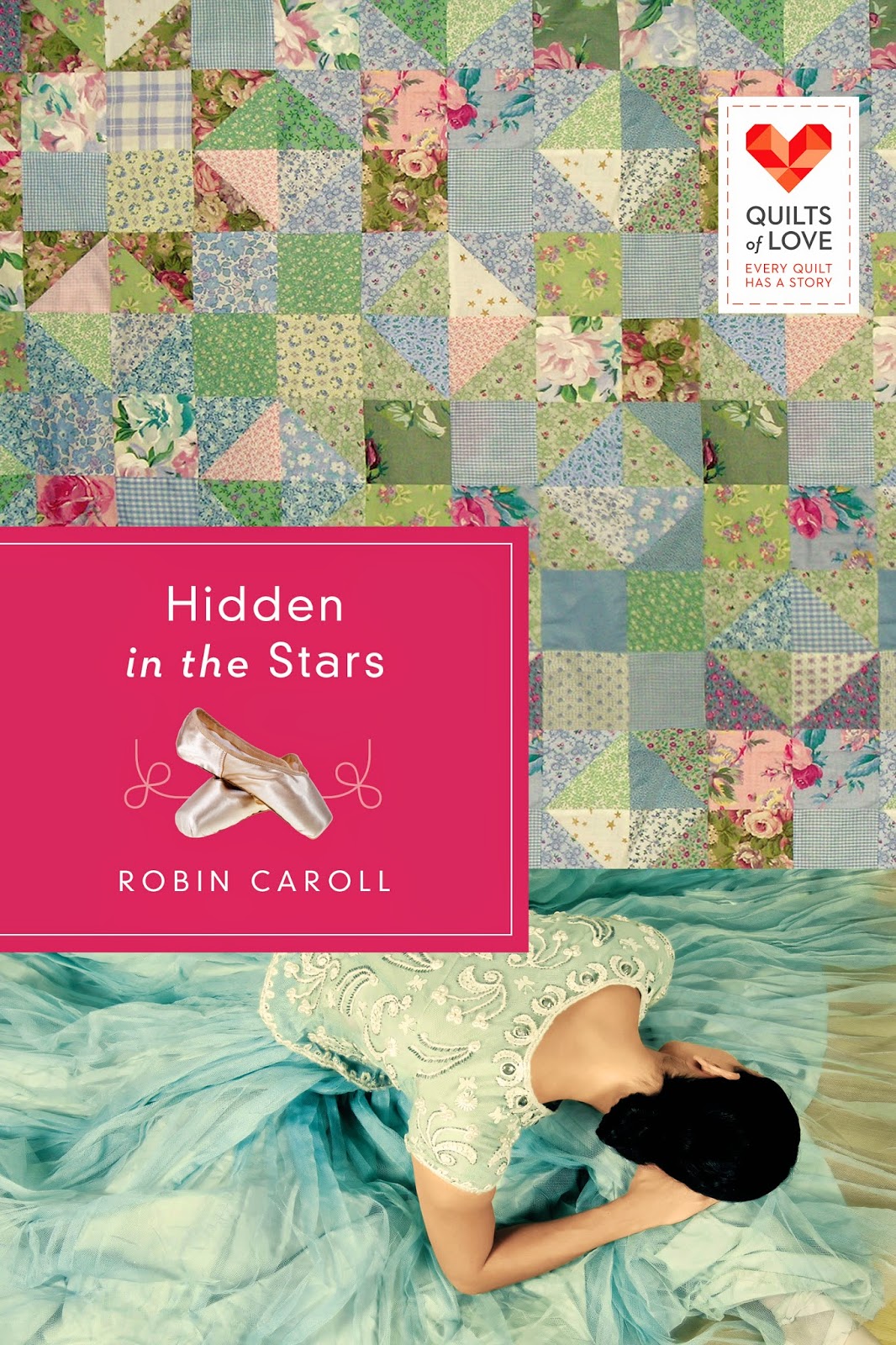 {MORE ABOUT HIDDEN IN THE STARS}

From Abingdon Press’ Quilts of Love series
A quilt holds the secret to a killer still at large—and who his next victim will be.
Following an attack that killed her mother and stole her ability to speak, 21‑year‑old Sophia Montgomery has no choice but to accept her estranged grandmother’s offer to return to their family home. Although detective Julian Frazier is working hard on the case, Sophia unknowingly frustrates him because her inability to speak thwarts her eyewitness evidence. The fact that Julian is undeniably attracted to Sophia doesn’t help either, so Julian hides his feelings as concern for a trauma victim and focuses instead on finding the killer.
Little do they know, the clues to solving the case may be right in front of them, displayed in Sophia’s mother’s “special” quilt design. Who will realize the secret Sophia’s unwittingly been hiding in plain sight? When the truth comes to light, will Sophia find her voice again? Or will the murderer—still at large—silence her forever?
Visit the Quilts of Love website to learn more and purchase a copy.

Robin Caroll is the author of 22 published novels. When she isn’t writing, Robin spends time with her husband of 20‑plus years, her three beautiful daughters and two handsome grandsons, and their character‑filled pets at home in Little Rock, Arkansas. She gives back to the writing community by serving as conference director for ACFW. Her books have been named finalists in such contests as the Carol Award, HOLT Medallion, Daphne du Maurier, RT Reviewer’s Choice Award, Bookseller’s Best, and Book of the Year.
Find out more about Robin at www.robincaroll.com.

Read more about Hidden in the Stars here!