December 09, 2014
For several years in a row, I read a Christmas book during the month of December. I have been so slammed with crafting, that I haven't read for fun in what seems like forever.

Hopefully, after finishing my special orders, I'll be able to sit down and read Navy Seal Noel by Liz Johnson, and post a review. It's at the top of my ever growing to be read pile. 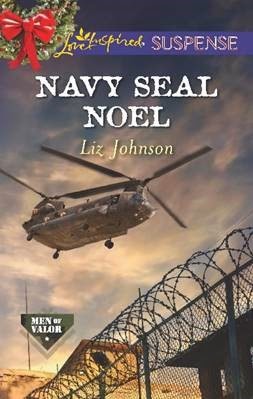 Abducted by a drug cartel, scientist Jessalynn McCoy's orders are simple—release a deadly toxin, or be killed. Trapped with no options, she's desperate for help…she just never expected it from Will Gumble. The boy who let her down years ago is now a navy SEAL. She trusts his skills, his experience. Yet trusting him is a struggle. Will's Christmas wish is to heal their damaged relationship and get them to safety. But time is running out and someone is on to their escape plans. Any mistake could mean the difference between facing the holidays together or apart. Forever. 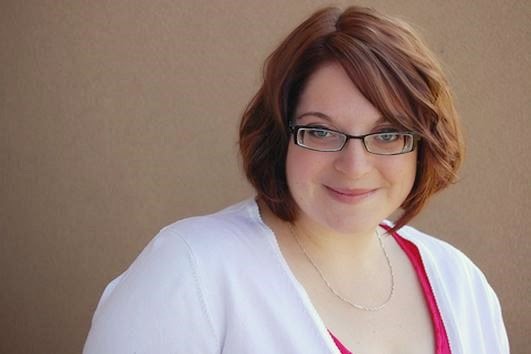 By day Liz Johnson is a marketing manager for a Christian publisher. She finds time to write late at night and is a two-time ACFW Carol Award finalist. Liz makes her home in Nashville, TN, where she enjoys theater, exploring local music, and making frequent trips to Arizona to dote on her nieces and nephews. She loves stories of true love with happy endings and shares about her adventures in writing at LizJohnsonBooks.com, Facebook.com/LizJohnsonBooks and Twitter.com/LizJohnsonBooks.

“Jess, calm down. I won’t hurt you.” The words made no sense to her muddled brain, but they continued, quiet and assured. “Don’t scream. It’s all right. I won’t let anything happen to you.”

It wasn’t the words that made her sink into him, but the voice that, even after all this time, she’d recognize anywhere. Her eyes hadn’t been playing tricks on her that afternoon. Will Gumble was in this compound. In her very room.

“I thought I saw you—I thought that was you, but…” Her words were little more than a whisper despite his assurance that it was safe to speak. Her stomach pitched, fear and relief mingling with alarm and the echo of a remembered betrayal. But dealing with her emotions would have to wait until she felt steadier on her feet. Exhaustion and the ebbing of her fight-or-flight adrenaline rush had left her legs like jelly. She leaned into Will. He held out his arms, as though he knew just what she needed. As though he was still someone who cared about taking care of her, being there for her.

But she didn’t want him holding her. She wanted answers. She wanted to understand what on earth was happening. Most of all, she wanted to silence the little voice in her head that kept saying Will’s appearance was simply a dream or hallucination.

Yanking herself upright at the last possible moment, she shoved his chest with both hands. “You scared me to death! Why did you break into my room? What are you doing here?”

His lopsided grin had always started with a little quirk to the left before spreading across his mouth. And that hadn’t changed, even as he looked down at the tiny black-and-white-checkered floor tiles.

He scraped his fingers over the black whiskers covering his chin. “Your dad sent me.”

“So you’re still in the navy?” Oh, she sounded bitter—so much more bitter than she wanted to. Why couldn’t her words be flippant and nonchalant, as if it didn’t really matter that she no longer knew even the most basic things about him? He’d popped back into her life, and she didn’t want it to matter.

Maybe because of the extreme situation.

Sure. She’d just keep telling herself that.

His smile flickered for a moment before he nodded slowly. “I am.”

Forcing a chuckle, she said, “I figured when my dad realized I was missing, he’d send a SEAL team to bring me home.”

“Not a full team—he just sent one.”