No wonder people on Craig's List do questionable things

(You know I'm being sarcastic, right?)

Last Saturday, I found a set of bedroom furniture to replace my current set, or what's left of it. I got rid of the moldy dresser a few weeks ago at the garage sale my parents had.

That night I posted pictures on Facebook in several local buy/sell/trade groups trying to sell a headboard and chest of drawers.

Here is what I learned:


No wonder you hear about terrible things that people on Craig's List do. Responding to inquiries and trying to get people to come get their stuff sent them over the deep end.

On Sunday, I emptied the contents of the chest thinking someone was going to come get it. (Or did I empty it out Saturday night?) Anyway, my underwear has been in a bin in another room for almost a week.

Monday, I took the bed frame apart under the impression someone was going to get it Monday. I've had the mattress and box springs down on the floor for days. I've pulled a muscle trying to set it back and forth against the wall (or I'm having a heart attack and those are chest pains) because I was trying to make room for new furniture to be moved in.

It's a wonder I haven't broken a toe going back and forth through the main room of my house with the rails laying on the floor. I've even had the headboard in my kitchen to make room for things that keep getting moved around the house.

Finally, today, Thursday, after fielding more inquiries than I could keep up with about one piece or the other, someone finally showed up after saying they would for several days and took off my furniture.

My new furniture came today and I need to get everything arranged. The pieces didn't fit in the room quite like I expected, but I have plenty of drawers to fill. I've had to take everything, and I do mean everything off of the walls because the headboard is taller, and I put the dresser with mirror on a wall where I had some things hanging. Because the bed sticks out more with a foot board I didn't have before, I don't have anything against the wall that had leaked. So, therefore, I am unable to put anything on top of the stain left in the floor that even the carpet cleaners couldn't get out. And for that same reason, I wasn't able to cover up the really shoddy job the guy did patching the wall.

These are the before pictures. I'll post the after when my new bedspread comes next week. I went looking Sunday for one and didn't find one I liked. I just hope I like what I ordered. I found it on several sites, but wish I got it on Amazon so I could have it already with Prime shipping. However, I saved some money by not doing that.

Random fact... I've been playing One Tree Hill on Netflix the past few weeks (I'm always trying to find new things to play since I have to have noise most all the time). Nathan and Haley had this same bedspread in the later seasons. 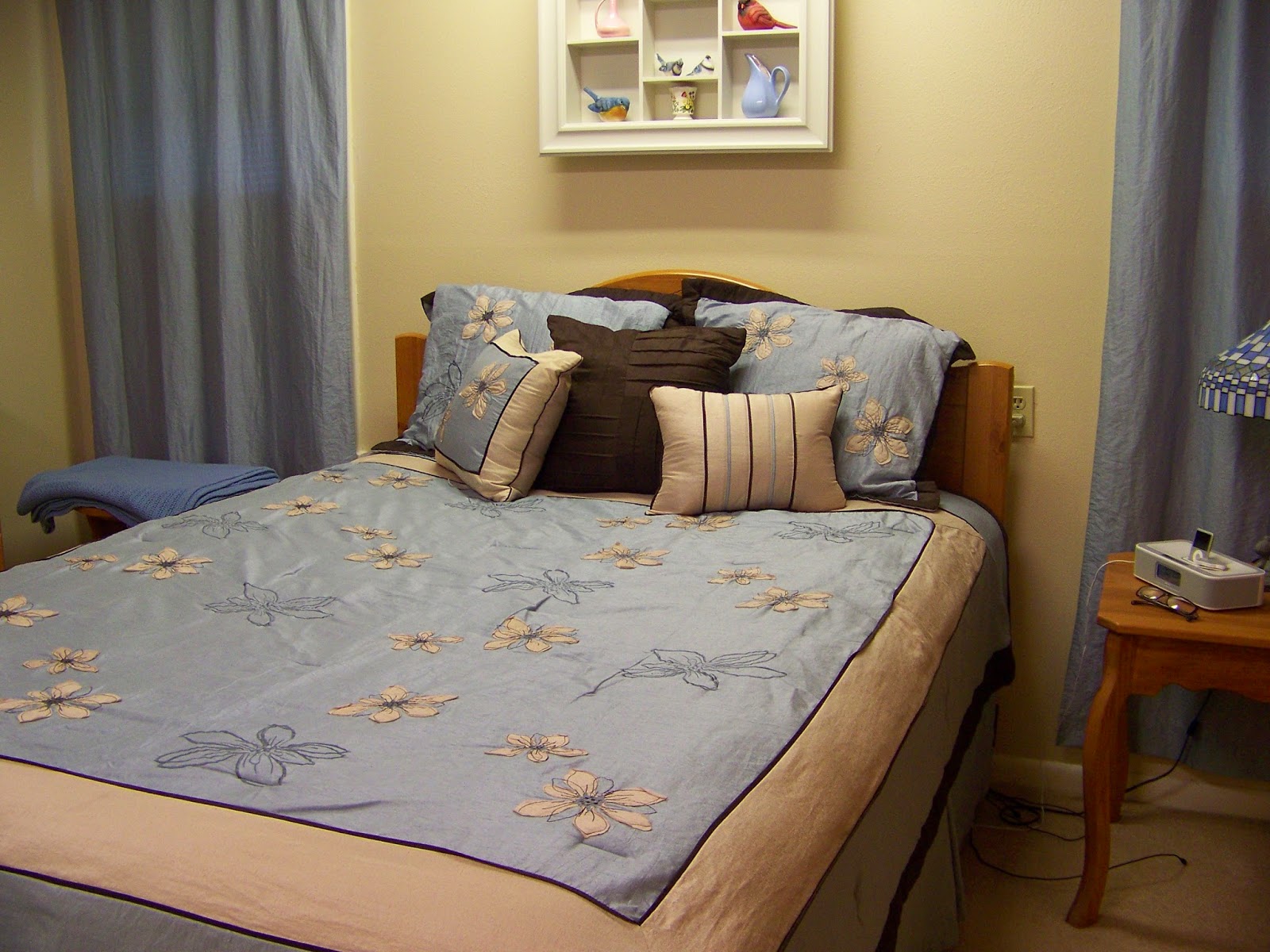 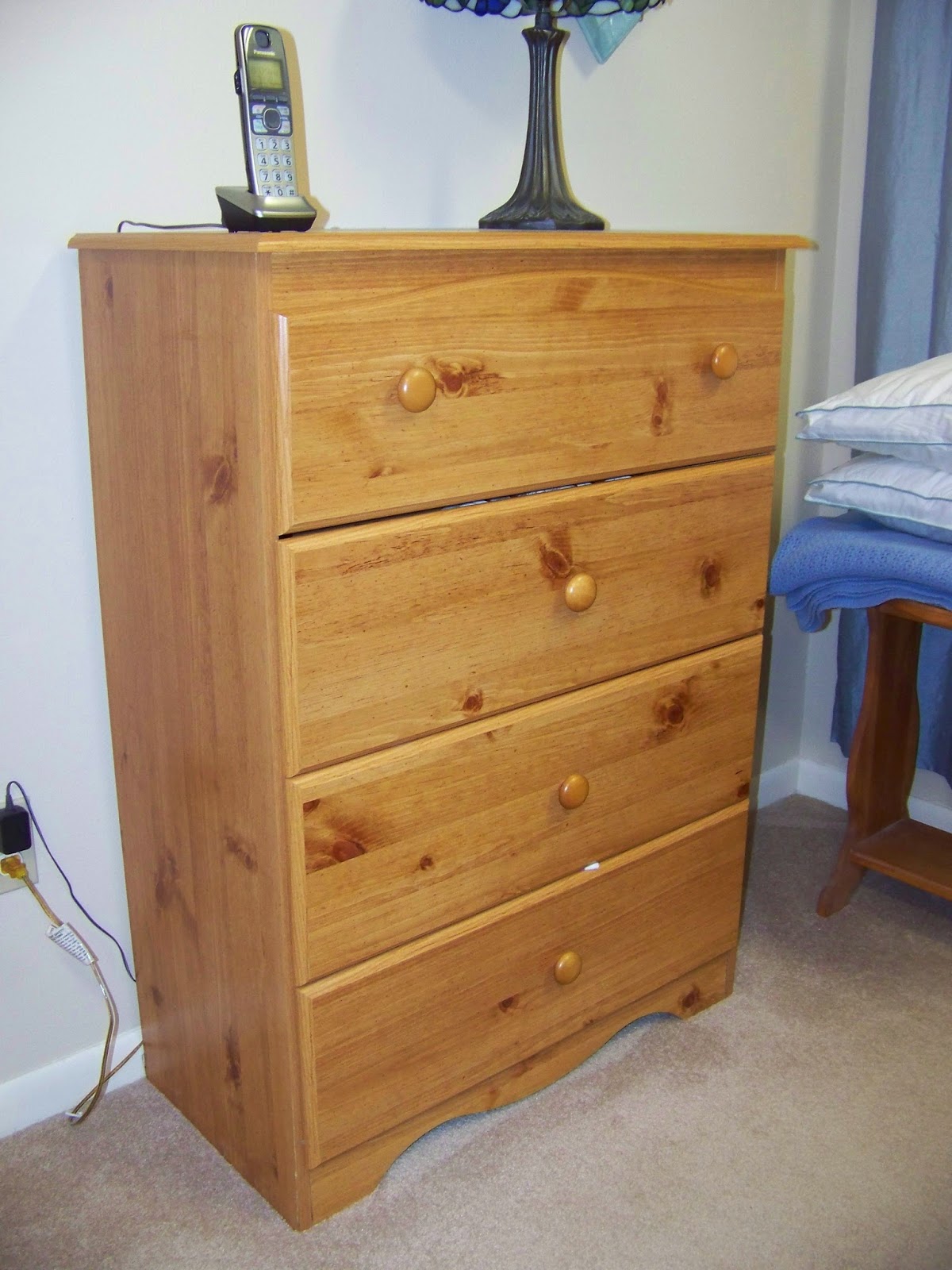