The price of a day off

April 06, 2015
Today is tons of stress day trying to catch up from a much needed Good Friday off. Adding to the anxiety is taking off early to watch Paige's last track meet. I tried to work in the car in between races, but I almost smothered, even with windows down.

Unfortunately, there was a school there that hasn't been at the other meets that had extremely fast 1600m and 2400m runners. Had it not been for them, she would have won about like she usually does. One runner in the mile relay was hurt, so she had to sub. Hadn't touched the baton until race time. 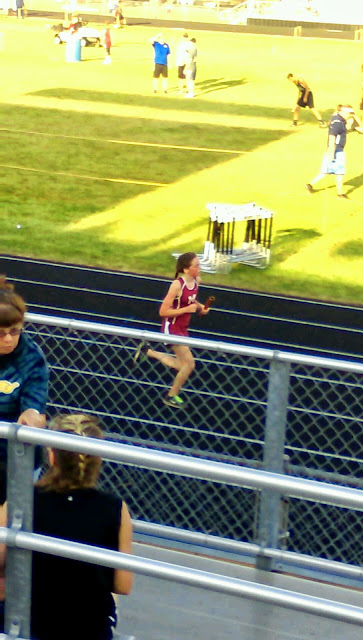 Anyone else struggle with the need for down time vs. the stress to catch up? It may be the death of me.