Don’t settle for survival in our broken world 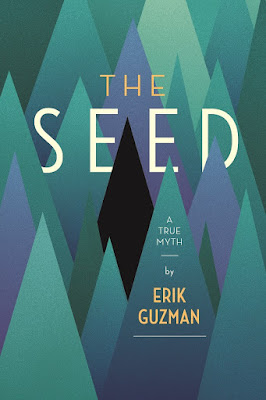 At some point, everyone will have a moment where they simply know something is missing in their lives. Attempts to fill, ignore or dull this void are never successful and only end up leaving them exhausted, confused and alone. These are themes explored by author Erik Guzman in his debut release, The Seed: A True Myth (New Growth Press/May 16, 2016). This parable uses symbolism and vivid imagery to help readers think critically about the great lengths they go to in order to avoid the pain of living in a broken world, rather than accepting the peace and freedom the Gospel offers.

Q: What is the most genuine way to survive in a broken world like ours?

Give up on survival.

We desperately want to bring something to the equation besides our helplessness in a broken world. That’s the reason we refuse to believe everything we need has already been provided by God. That’s why we don’t put down roots into God and let him fill our emptiness. We need to stop pretending we have it all together. We need to stop fighting for survival, open clenched fists and receive God’s unconditional love and care with open hands. We need to stop being a bunch of posers.

We settle for survival while our heavenly Father offers salvation: death, resurrection and the redemption of all we’ve done and left undone while trying to merely survive.

Q: What responsibility do you think Christians have to show others how to handle the suffering life often brings us?

My mentor and friend Steve Brown often says that every time a pagan gets cancer, a Christian gets cancer so the world can see the difference. What’s the difference? I suppose it’s that we know we don’t go through the suffering alone. We have a God who knows what it’s like to suffer because he chose to enter into our broken world and, through suffering and death, bring redemption and restoration of all that’s been lost. Jesus said, “Blessed are those who mourn, because they will be comforted.” When we suffer, God suffers with us. While that doesn’t make the pain go away, we are comforted by his presence.

Q: Explain the concept of a fractal and your fascination with them.

A fractal is a simple, self-similar, repeating pattern. They appear everywhere in nature. In fact, nature is all self-similar repeating patterns. A tree is a great example. The branches are simply smaller versions of the trunk that split off and get smaller and smaller until twigs form smaller versions of the branches. These smallest branches bear leaves and seeds that become new trees with trunks that split into more branches and bear more seeds. Look at a fractal and you see eternity.

Everything from galaxies to clouds, mountains, plants, animals and even our nervous and circulatory systems all consist of fractal patterns. What’s so fascinating is that all this complexity comes from such simple, self-similar repetition. And now that we have computers that can handle the computation, we can reproduce these amazing patterns using simple mathematical formulas that are referred to as the seed of the fractal. The visualizations of these simple equations are literally infinitely beautiful. 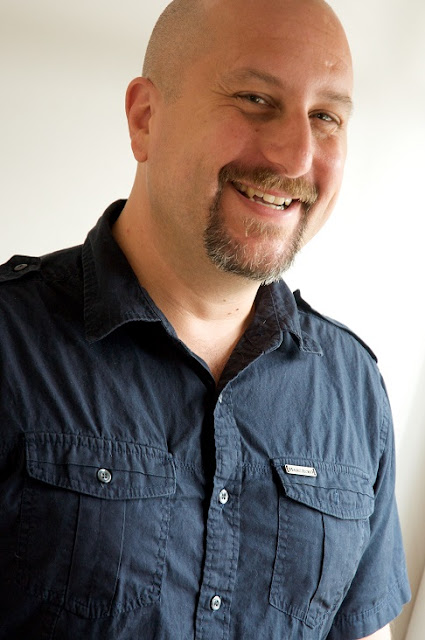 Q: Why do you view The Seed as a type of fractal?

Beyond the patterns in the storytelling, the book is literally the seed of a fractal. It’s the seed of what I call the Love Fractal. There is an idea in this book that is dangerous in a delightfully, disruptive good way. My hope is that by consuming The Seed, you’ll see the self-similar, repeating pattern of Love forming within you and your life — maybe even see this pattern filling the whole world. This pattern is what it means when we hear we are made in the image of God: a self-similar, repeating pattern of joyous being, selfless giving and grateful receiving . . . a divine fractal . . . the Love Fractal.

Q: The Seed is packed with Trinitarian theology but doesn’t use the typical “Christianese.” How did you take care to present the Gospel in an accurate way while still creating an entertaining and engaging story?

I went to seminary to write The Seed. I read lots of books and attended lots of lectures to get the insight of theologians so I could take what they taught and communicate it in a way people who won’t do all that work might be able to hear and internalize. I started seeing a counselor and wove insights from therapy into this book. It took years, lots of shooting ideas around with friends and a number of talented editors to get the story right — or at least as right as I could get it. So how did I take care to do this right? Basically I didn’t do it alone.

All that being said, The Seed is fantasy fiction. I like to call it a mythic spiritual memoir. It’s not strictly allegory, and that means some liberties had to be taken to tell a good story that rings true. Still, read this book and you’ll be hard-pressed to miss the heart of the message of the Bible, rich Trinitarian theology and the good news Jesus brought us.

Q: What is the overarching message you’re trying to communicate to readers in The Seed: A True Myth?

The Love Fractal will grow, filling the world with joyous being, selfless giving and grateful receiving, and you can experience it by embracing helplessness and trusting Love . . . because Love never fails.

Learn more about The Seed: A True Myth and Erik Guzman by
following him on Facebook and Twitter (@ErikGuzman)
or reading his articles at www.keylife.org.