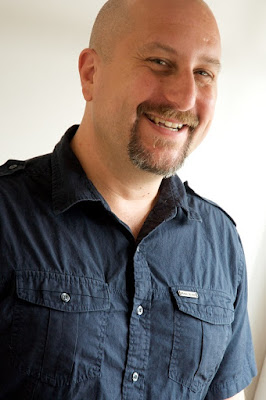 We’ve all had the feeling that something’s not quite right with our lives. It’s bigger than any specific failure or disappointment. It’s bigger than any person. No matter what you achieve or how much you drink or sleep, you can’t shake it. It haunts you—night and day—and propels you to do something. So you build. You build and build the maze that is your exhausting life. Sound vaguely familiar?

Erik Guzman’s The Seed: A True Myth (New Growth Press) is a journey into the personal labyrinths we create to protect ourselves and those we love from the pain of living in a broken world. Guzman’s “true myth” takes the reader on an unforgettable journey that is, in essence, the grand narrative of God’s redemptive work in the world. This page-turning Christian fantasy tale is packed with mystery and drama, and readers will feel the weight and power of redemption as they journey alongside Guzman’s characters in their epic battle. The Seed deftly communicates the heart of Trinitarian theology through story—without using theological language or Christian terms—and reinforces biblical themes such as God’s character and man’s true identity and calling.

Q: The Seed: A True Myth is your first book. What drew you to the fantasy genre?

I had an uncle who committed suicide when I was young. After his death, some unusual books showed up on our family’s bookshelf. They had maps in them and drawings. There was a dragon. I just knew the books were my Uncle Jimmy’s, and I knew what he did, so I thought they had dangerous ideas in them. The books looked magical. So I only looked at the pictures and didn’t read them until I was older and needed to believe in magic again. When I did, I fell in love with Tolkien. That’s where it started with literature.

Growing up, loving fantasy and science fiction films filled my mind with worlds and creatures and heroes, so when I started writing that’s what came out. But more than that, the story I wanted to tell had to be fantasy. It had to have a mythic quality that felt like it could be rooted in our history. I wanted to tell a story with symbols —  labyrinths, a dragon, shadow, light, a hunter, a young couple on the run, talking trees, ravens, etc. — but I wanted it all to feel real, to have the ring of truth. It had to be fantasy.

Well, the word “myth” is derived from the Greek word “mythos,” and that word simply means “story.” So by titling my book The Seed: A True Myth, I’m telling you it’s a true story. But it’s not true in the sense that the characters in my book inhabited the world at some point in history. However, it is true that the characters in my book inhabit me. They represent parts of me, and their experiences are very real. The labyrinth they constructed to protect themselves from the shadow and kill it is built around my heart. There really is a shadow that haunts me . . . and everyone who reads my book.

Also Tolkien famously used the idea of a “true myth” to lead C.S. Lewis to accept the Christian faith. The Christian story is similar to pagan myths. Joseph Campbell pointed this out too, as seen in the hero’s journey or monomyth. However what Tolkien argued was that in the case of Christianity, the story we see everywhere in cultures across time actually happened historically in the person and work of Jesus. Therefore, Christianity is the one true myth . . . the one true story. And my book tells that same story. 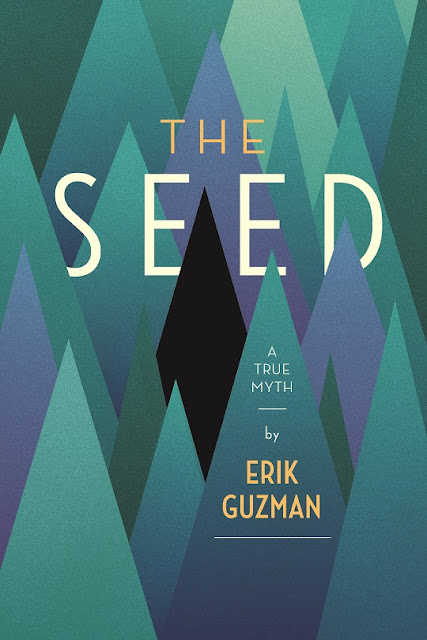 Q: You say the shadow in your book is real. What is it, or what does it represent?

The shadow is all the pain behind you. It’s all the bad things that happened or the good things that didn’t happen. It’s the fear that the pain will return, and it’s the emptiness within that drives us to exhaustion, addiction, consumption — you name it.

For me, the shadow grew into a black hole that held everything I cared about in its gravitational pull and threatened to pull my life apart. It drove me nuts and then drove me into counseling. Then it drove me to write this book.

Q: We’ve all had the feeling at one point or another that something’s not quite right with our lives. Where does that come from?

People are like plants. Plants droop, wilt and wither and can’t bear fruit when they’re not filled with water. People are like restless, uprooted plants. We wander around looking for fulfillment in this product, that experience and the next achievement . . . anything but sticking our roots in the dirt, being still and soaking up the water of life. That’s what’s not right. It’s a sickness. We’re created to live in union with God. We’re made to be filled with his Spirit. When we soak in his unconditional love, we become plants that stand straight and bear fruit. God is freely-given water of life, but we don’t believe that, so we uproot and go wandering in the desert.

Q: What are some ways people seek to ignore or fill the emptiness in their hearts? Why are these methods not effective?

All the effort isn’t effective because it’s all striving for something that is already ours. The very striving itself robs us of the peace and contentment that’s freely given, if we would just trust God like a baby trusts his mother to protect him and feed him at her breast. Scripture says God has already blessed us with every spiritual blessing in his Son. Again, we refuse to believe it.

Q: Why do you think most readers will be able to identify with the struggles of the characters in The Seed?

By telling my story, I’ve told your story. That’s because our story is really Love’s story. And Love’s story is universal because it really is true.

Again, I have written a true myth, and I honestly don’t believe I wrote this story alone. I believe God will use the imagery, characters and events in The Seed to speak to you, to plant a seed within you that will blossom with freedom and joy.

Learn more about The Seed: A True Myth and Erik Guzman
by following him on Facebook and Twitter (@ErikGuzman)
or reading his articles at www.keylife.org.