Gain victory over anxiety by fighting with faith

May 15, 2018
Part 1 of an interview with Barb Roose,
Author of Winning the Worry Battle 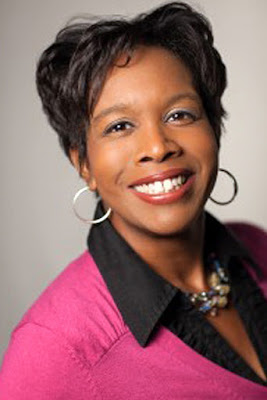 For those who struggle with worry and anxiety, each day can feel as if they are fighting a losing battle. From personal experience, author Barb Roose understands what it means to battle with worry. She has written Winning the Worry Battle: Life Lessons from the Book of Joshua (Abingdon Press) to help other women gain victory over their anxieties by fighting with faith.

Scripture tells us we gain nothing from worrying but having that knowledge does little for the flow of negative thoughts. When well-meaning Christian friends try to offer encouragement with comments such as “God’s got this!” or “Just pray about it,” it can lead to a burden of guilt for not having enough faith. Whether it’s personal worries about loved ones and daily circumstances or broader concerns about what’s happening in the world, everyone longs for something more than platitudes that will help put real feet to faith for winning the worry battle. Roose shares that while prayer is important, it is only half of the solution. The other half of the equation is developing the tools required to learn how to fight in faith.

Winning the Worry Battle delves into three tools to battle worry bravely. Applying these tools will help us overcome our daily struggles and the bigger battles we all face.

Q: How many people are affected by worry and anxiety disorders? How much time does the average person spend worrying daily?

I’ll share with you some of the statics I found while writing Winning the Worry Battle. According to the Anxiety and Depression Association of America (updated August 2016):

Anxiety disorders are the most common mental illness in the U.S., affecting 40 million adults in the United States age 18 and older, or 18% of the population. (Source: National Institute of Mental Health)

Anxiety disorders cost the U.S. more than $42 billion a year, almost one-third of the country's $148 billion total mental health bill, according to "The Economic Burden of Anxiety Disorders," a study commissioned by ADAA (The Journal of Clinical Psychiatry, 60(7), July 1999).

The average person worries about 55 minutes per day. Someone diagnosed with an anxiety disorder can worry up to 300 minutes per day. Imagine a mom spending one hour per day tortured by mental movies of pain, heartache, uncertainty, or disaster while she’s trying to be productive at work, cook dinner for her family, or provide support for her friends. Instead of being present in the here-and-now, worry and anxiety cheat us by introducing fear and panic into our present and causing us to dread the future.

Q: What are the most common things people worry about? What are some of the things you worry about on a regular basis?

According to a 2014 Gallup poll, Americans were most worried about:

My biggest worries were mostly focused in other directions. I spent much of my growing years worried about whether or not God was angry with me. I lived by a system of dos and don’ts because I didn’t understand grace. When I messed up, I obsessed about if God would be angry or punish me. In college, I finally understood grace, so that worry faded into the background.

After I married and began a family, my worries surrounded my kids and career, but mostly my kids. I write about how one of my daughters had ADHD and Asperger’s. I lived on red-alert status because I constantly worried she’d get hit by a car, have a freak accident, or wander away in the mall. My mind spun awful mental movies when my kids were growing up. I imagined hundreds of ways for them to get hurt or die. I really struggled with worst-first thinking, which led to a lot of helicopter parenting. When I learned what it really meant to fight in faith, I was able to see how God equipped me to win over worry. 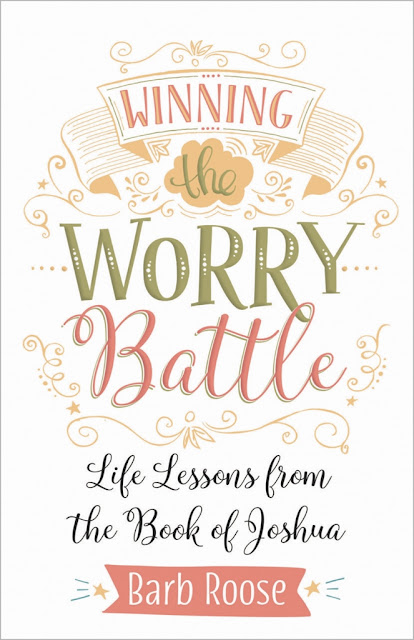 Q: How did your battle with worry impact your family and friends?

If I had to define the intensity of my worry on a scale of 1-10, I’d choose 9 to describe my teen through early parenting years. My biggest driver was that I wanted everyone (including myself) to be happy and everything to be in its place. In my mind, uncertainty was always evil. Whenever I faced the unknown, I filled in the gaps with my best thinking and self-effort.

What this meant for my family was that my husband and children often had to deal with an overly vigilant and bossy person. My heart and mind were trapped endlessly in what author Lenore Skenazy defines as “worst first thinking.” Since I always imagined the worst-case scenario, I policed my family because I wanted to keep them safe. I questioned their actions and tried to control outcomes because, at my core, I was worried they would be hurt or not experience their maximum level of happiness (according to me). They didn’t appreciate my helicopter mom ways or nagging wife moments. Thankfully, God worked in my life, but it took some hard moments and a lot of counseling.

Q: How often do the things we worry about actually happen? Even if these things were to happen, aren’t most of them out of our control?

In his book The Worry Cure, Robert Leahy, Ph.D. did a study, and his data revealed that 85% of what test subjects worried about never happened. Furthermore, even though 15% of those worries came true, 79% of the subjects discovered they could handle the hardship better than expected. Even more compelling is that those subjects also reported their hardship enabled them to learn valuable life lessons.

Q: What is the difference between worry and anxiety?

Most of the time, people use the worry and anxiety interchangeably. Mental health professionals differ on the opinion of which condition is more severe than the other. For my book, I use the terms interchangeably to cover the bases.

By definition, worry means “to torment” or “to strangle.” Anxiety is defined by a sense of unease, especially in uncertainty. Both can have difficult, even debilitating physical symptoms such as racing heartbeat, sleep issues, over/under-eating, nausea, inability to concentrate, excessive crying, short temper, headache, or trembling.

Q: Many times in response to sharing our worries, we are told to “just pray about it.” Why can hearing that advice make things worse for us instead of offering reassurance?
I grew up in the church and felt like I had a good relationship with God. However, when my worries escalated due to child-rearing stress, financial difficulties, and marriage problems, “just praying” didn’t work for me. Sometimes I couldn’t even get through a prayer because as soon as I closed my eyes to pray, worries would flood my mind with awful mental movies. I would feel so guilty because I couldn’t pray. Often, I would get angry when I did pray but nothing changed. At times, I figured God wasn’t helping because He was mad at me for my constant worrying.

Throughout the years, I learned that “just pray about it” was only part of the equation to dealing with worry. I also learned that without knowing and activating the other half of the solution, guilt and discouragement often follow. It took time, but eventually I discovered the other half of the equation was learning how to “fight in faith,” or activating the fighting friends of peace, courage, and strength. Prayer and fighting in faith were both necessary to experience God’s victory.