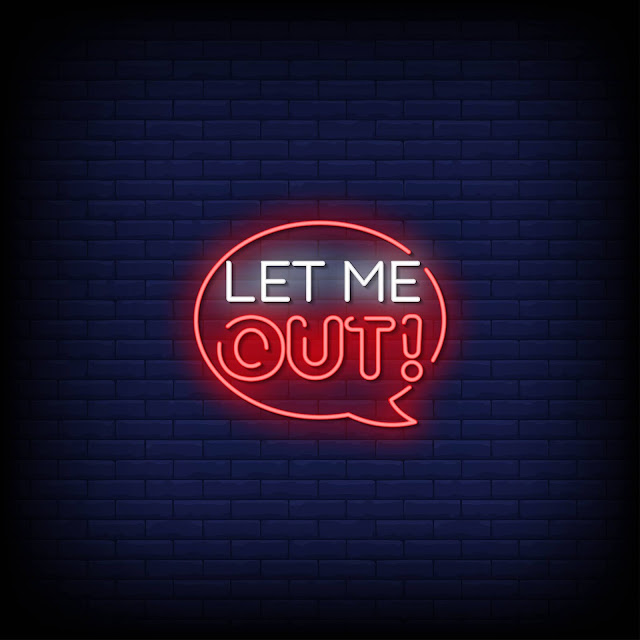 Pardon this post, but I need to do some ranting.
I really haven't blog ranted in a while, but I am bound and determined to get into a regular blogging routine again. I've been saying that for at least a year and a half now, even as a I spent part of the day working on back posting. I'm never going to get caught up, and I might as well give that up in favor of just starting anew today.
It's kind of a tradition of going First Monday weekend in January to Canton and stock up on clearance craft supplies. Now granted, I don't really need, scratch that, I don't need at all, anything to fill my craft room, but that's not the point. Not the point at all.
Now, I get it rained all night and it was 30-something degrees this morning. However, that's the time to go as proven a few years ago when my parents and I went. There are no crowds. It was the perfect time to avoid crowds and not worry about social distancing. It would be the complete opposite of the millions of people that were there when we drove through Canton in October and didn't stop.
The cold made me on the fence. I get it. I'm not annoyed or mad at the two people who might have been interested in going with me on a warmer day. I don't blame them one single bit at all. I just really did want to go and stayed in the house, most of the day at my desk adding to a grocery list, doing some online shopping, and doing some blogging.
By the way, I hate blogger changes that make formatting this blog 20 times harder than it was before the changes.

While I could go to Canton tomorrow, or even Sunday, chances are, the clearance tent for Build-a-Cross will be well picked over by then. I'm also thinking about going to Peyton's basketball game. I've resorted to not going to stay away from crowds and watching home games on YouTube, but this is a game against their rival for the district lead. I may go by myself. I haven't decided yet, but need to so I can get my ticket online in advance.

I can't handle if anyone tells me that COVID numbers are up again and give me the daily count one more time. I can find that info for myself, and quite frankly, I'm in a really foul mood because I have cabin fever at the moment.

I did church via YouTube last Sunday for the same up rise in counts. I take it seriously, believe me, I do, but after 10 months, I'm a bit tired of being inside for the greater good. I'm not going to do anything reckless. I'm not going to put anyone in danger.

I just want to get out of the house in my new ill-fitting pants I ordered online because I didn't go into a store to buy pants and see what they actually looked like.

Alright. I'm going to quit ranting and go make my tomato, chicken sausage, and couscous soup that is either going to be really good or a total disaster in my new cookware that I got for Christmas. I haven't used it yet.

I'll keep you posted tomorrow if I break out of the house.