The Bachelor: Matt: Week 3: Oh to Be Young and Dramatic 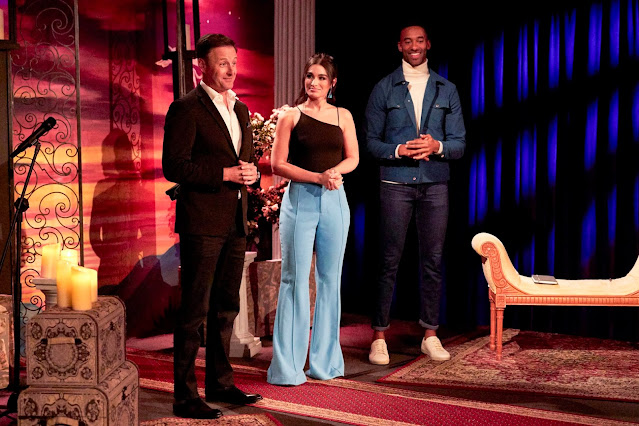 Sarah goes to talk to Matt. She apologizes for the last two days. Their relationship has been amazing, but she's not sure if she's ready for all of this. She's worried about her dad, but she feels so attacked by the women in the house.

Matt tells her that he has feelings for her. He recaps their time together and how it meant something to him, and he doesn't want to lose her. I wouldn't have been surprised if that changed her mind, but she says that she feels called to go home. She just can't do this.

Who wants to bet she tries to come back?

How and why was Matt that into her already?