Hoops of Hope founder encourages teens to use their talents 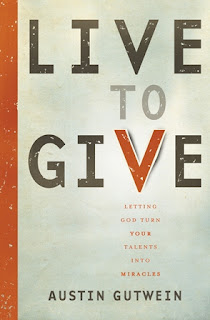 Austin Gutwein has a message to share with his fellow teens: God made each of you unique so that He can use you for a special purpose. In his book “Live to Give: Letting God Turn Your Talents into Miracles” (Thomas Nelson/August 7, 2012/208 pages/ISBN 978-1400319930), Gutwein challenges that regardless of age and talent, God can use you to make a difference. Though He could do it all Himself, God created humankind with a mission: to take care of His creation.

At eighteen years old, Gutwein speaks with wisdom and has the experience to reinforce his message. When Austin was just nine years old, he watched a video that showed children in Africa who had lost their parents to AIDS. Gutwein realized these kids weren’t any different from him—except they were suffering.  Feeling called to help, Austin took his love of basketball and decided to shoot free throws to raise money for orphans in Zambia. On World AIDS Day in 2004, he shot 2,057 free throws to represent the 2,057 kids who would be orphaned during his day at school. Through sponsorship from parents and friends, Austin raised over $3,000 that day to give hope to eight orphans in Zambia.

Over the past eight years, Austin’s efforts have created Hoops of Hope, the largest free throw marathon in the world. With an estimated 40,000 people in more than 25 countries participating, Hoops of Hope has raised more than $2.5 million to build schools, medical clinics, dormitories for orphanages, and the only computer lab in Zambia.

Though written for ages 12 and up, “Live to Give” reminds readers of all ages that one person really can make a difference. Austin begins the book by citing a familiar story found in John 6: the little boy who gave Jesus the tools to miraculously feed 5,000 hungry people. The boy gave what he had, and God used what was in his lunch to fashion a miracle. Austin explains that young people today can do the same thing—let God take the characteristics that make them different, so often viewed as a negative during the teenage years, and turn that uniqueness into a miracle.

“For me, it was shooting hoops to raise money. [God] wanted me to give my time and my favorite hobby. For the boy in the multitude of 5,000, it was his lunch. For you . . . well, this book is meant to help you discover what that is,” Gutwein writes. “But there is one common theme throughout all of our stories: we all need to live to give because we were made for it. Nothing beats living this way! Nothing we could eat, drink, buy, play, watch, or win in life can compare to the feeling of giving ourselves away, using ‘whatever gift we have received to serve others as faithful stewards of God’s grace.’”

Throughout the pages of “Live to Give,” Austin offers advice on dealing with peer pressure, accepting rejection, and other obstacles that might stand in the way of impacting others. He also offers assurance that making a difference does not happen overnight.

Austin’s message is one of hope—that anyone, no matter what their age or skills, has a purpose and can make a difference that lasts forever.  With Austin’s stories from Africa and words of encouragement, “Live to Give” will inspire the reader to turn that talents over to God, who can transform a lunchbox into miracle. 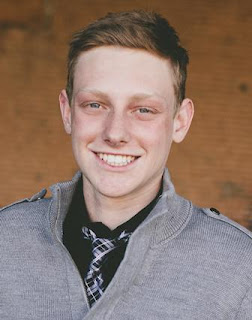 Austin Gutwein was just 9 years old when watched a video that showed children who had lost their parents to AIDS. After watching the video, he realized these kids weren’t any different from him except they were suffering. Austin felt called to do something to help them. He took his love of basketball and decided to shoot free throws. On World AIDS Day, 2004, he shot 2,057 free throws to represent the 2,057 kids who would be orphaned during his day at school. Friends and family sponsored Austin and he was able to raise almost $3,000. That year, the money was used to provide hope to 8 orphan children.

Over the past eight years, Austin’s effort has turned into the largest free throw marathon in the world with an estimated 40,000 people in more than 25 countries participating in Hoops of Hope. Together, Hoops of Hope participants have raised more than $2.5 million. The efforts have led to the construction of the only high school in a rural region in Southern Zambia, four dormitories, two medical clinics, a computer laboratory, multiple water projects as well as the funding of a dormitory at an orphanage in Kenya and a school in India.

Austin has been featured on the 700 Club, Hour of Power, NBC Today Show, NBC Nightly News, CBS Evening News, CBS NCAA Pregame Show, Time Magazine, Christianity Today and many others.  He has had the opportunity to share his story of hope to more than 500,000 people on four continents.

In 2009, Austin was selected as one of the Top 10 Most Caring Americans by the Caring Institute in Washington, DC.  That same year, Thomas Nelson released his first book, “Take Your Best Shot.” Austin’s second book, “Live to Give,” is scheduled to be released in August 2012.

In February 2012, Austin was recognized as one of ESPN’s 18 under 18, and he graduated from high school. He currently co-chairs Arizona Governor Jan Brewer’s Youth Commission and will be attending Anderson University in the fall.

Learn more about Austin and Hoops of Hope at www.AustinGutwein.com and www.HoopsOfHope.org as well as on Facebook and Twitter (@austingutwein).