A Maroon 5 concert outranks a new episode of Scandal

March 24, 2013
There are few things that would actually make me excited to miss a Thursday night on the couch in front of new episodes of Grey's Anatomy and Scandal. Like very, very few things. I love Scandal that much.

But, a night with some of my best friends and Adam Levine would win every week. Well, maybe not every week because I'm too old to come rolling in at 12:10 on a weeknight and standing up on concrete because my legs hurt so bad on Saturday. (Don't know why Friday wasn't a problem.)

Jenny, Rakia, Courtney and I are evidently making attending Maroon 5 a rule when they are around Dallas. This is the third time we've seen them together. This was the best, especially because A) we could actually see Adam unlike the first time we went at the Gexa Energy Pavillion, B) we weren't sitting on the ground like at Gexa getting our butts bit by ants, C) we weren't in Oklahoma like NYE  2012 and D) we got a full hour and a half and didn't feel ripped off at the end like we did when the concert ended at 10:00.

Now, I could have done without Owl City and Neon Trees both. Even if I was the one willing to get there for opening acts. All of Owl City's songs sound the same and the guy from Neon Trees is just odd and dances on his toes like Michael Jackson a lot.

Our seats were AWESOME. We couldn't see the stage backdrop because we were side stage, but we were close enough to the action on stage that it didn't matter.

Once I got home, I sang "Daylight" in my head half the night in my sleep. I'm not sure what all Courtney got recorded, but she did get "Daylight." I told her that her video would make the blog if she posted it. 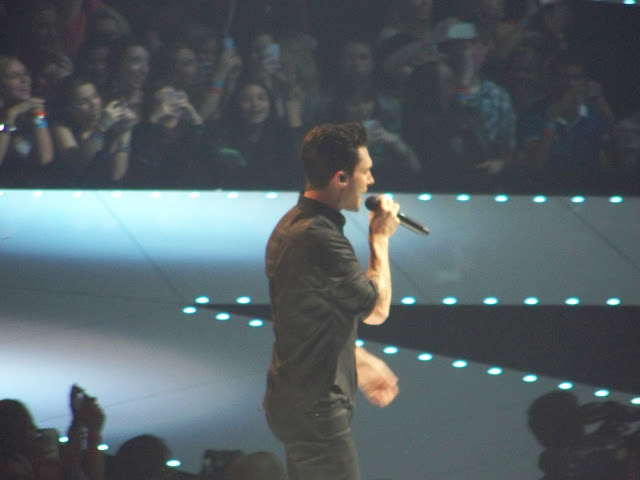 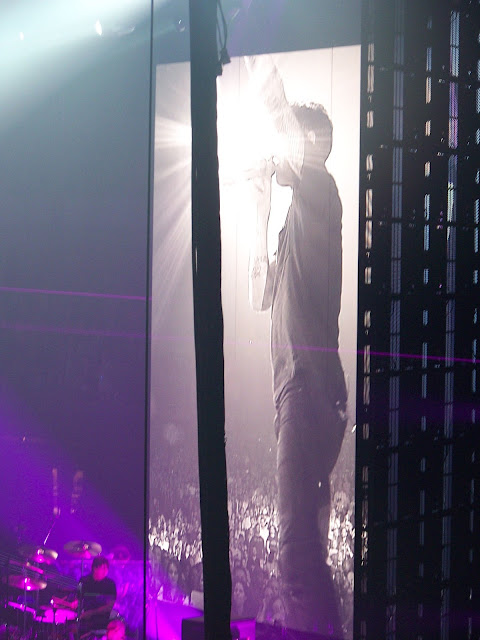 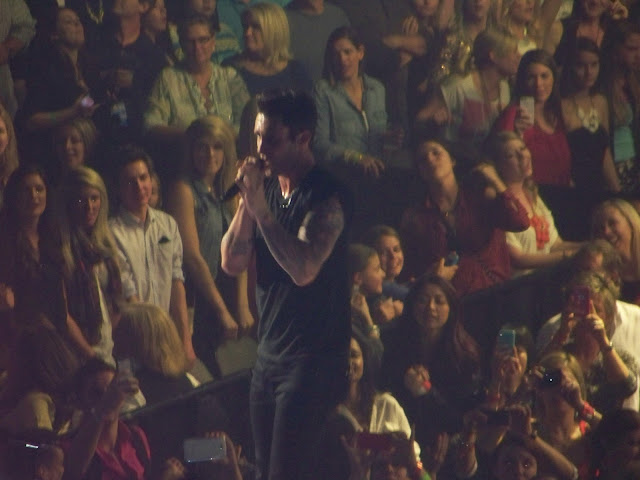 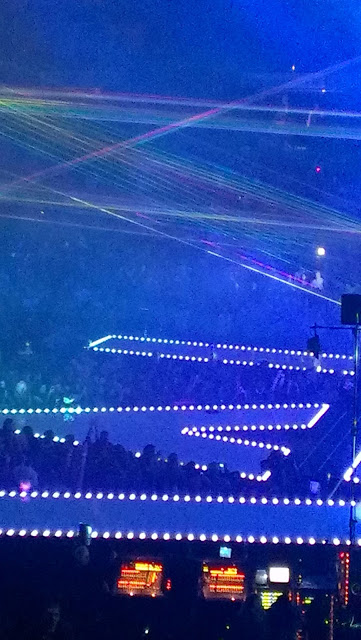 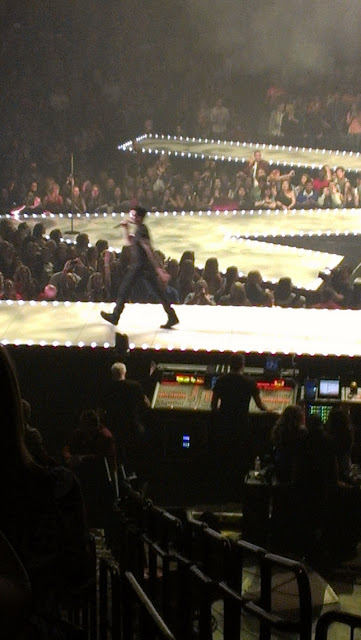