A different view of the Proverbs 31 Woman 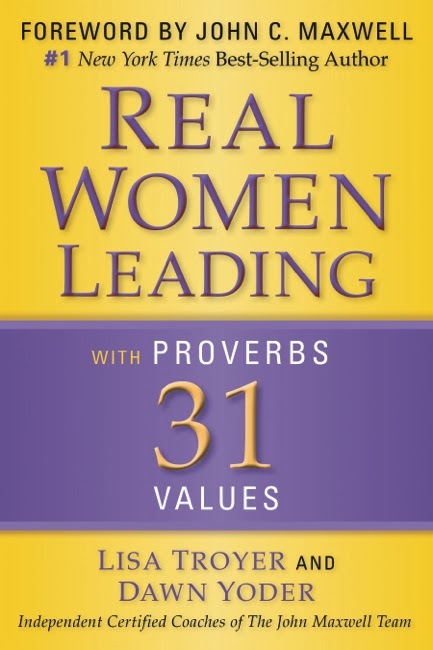 Most Christians associate the virtuous woman described in Proverbs 31 as the ideal wife and mother whose place is within the home. However, are we not seeing the full picture?

In her new book written with Dawn Yoder, Real Women Leading: With Proverbs 31 Values (New Hope® Publishers/February 3, 2014/978-1-59669-396-8/$14.99), business executive Lisa Troyer writes, “Often thought of as the ‘most intimidating woman in Christendom,’ perhaps the Proverbs 31 woman — this skillful, conscientious, creative, entrepreneurial, merciful leader — has been saddled with a false persona of perfectionism and unattainable achievement. The Proverbs 31 Woman is one whose success is predicated on living a life based on values — whether she's dealing with domestic issues, marketplace opportunities or relationships. Truth is truth no matter what environment we operate/live in.”

Part 1 of an interview with Lisa Troyer and Dawn Yoder,
Co-authors of Real Women Leading: With Proverbs 31 Values

Q: Most likely, our audience is familiar with the Proverbs 31 woman, but for those who may not be, who is this woman, and why should women strive to be like her?

DY: The Proverbs 31 woman is referred to as “the virtuous woman.” She is the original woman who brought home the bacon and fried it in a pan. She is a role model — someone who uses all she has and does all she can with excellence and for the glory of God. She is honest, trustworthy and generous. She is a good steward, understands people, plans for the future and likes to put together a nice outfit.

LT: She’s a wise woman, using what is “in her hand” to influence and enhance the lives of those in her circle. She realizes she doesn’t have to “do it all” to be effective. She knows how to evaluate, invest, encourage and ultimately bring out the best in those around her.

Q: Most associate the Proverbs 31 woman as a godly wife who tends to her home, but you write about her entrepreneurial spirit. What have we been missing when reading this passage from scripture? 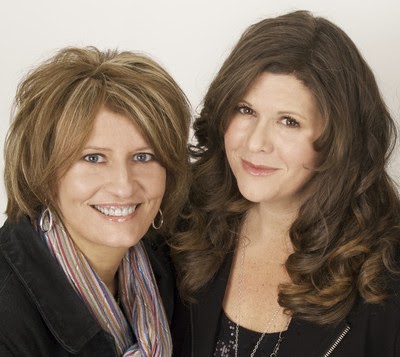 LT: For a vast number of women in the United States, the Bible-belt environment has been one of primary homemaking from our culture’s perspective. The more believers travel internationally, it’s easier to understand the totality of this woman’s influence. Our white picket-fence environments are the exception, not the norm, throughout the world. Women in other countries are often going to the market to sell what they’ve grown or created. There’s also a generational involvement in small enterprise that is not modeled in the same way as often in the US. Industrialization here has influenced the labor structure in such a way that there’s been a distinct separation between working women and staying at home. With the advent of our economic changes in the US, enterprising women have had to look outside their mother’s model to make ends meet. We’re from Amish country, and there are many roadside stands with baked goods and produce. These ladies are using what’s in their hand — resources and talents — to augment the well-being of family

DY: I guess we let our culture define how we read the scripture. Honestly, it amazes me that I missed it the first time I read it and heard teaching on that chapter. I feel as though I related to what I saw and heard in the church and somehow just overlooked the rest of the details. It is so clearly outlined in the chapter that this woman was selling goods, buying fields and managing people along with the other more-traditional homemaking aspects.

Q: Many women aspire to be like the Proverbs 31 woman but feel that achieving every one of her characteristics is a daunting challenge, if not an impossible goal. What encouragement do you have for women aspiring to be like her?

LT: Seek God to understand how He’s designed and gifted you with spiritual gifts and natural talents and learn how to delegate well and embrace responsibility. So often we allow fear to keep us from maximizing what we already possess. Perfectionism will ultimately steal our joy and opportunity. Prepare and pray; often our level of preparedness indicates how much trust we place in God to reveal next steps.

DY: A friend of mine always says, “Better is possible.” That statement is not designed to bring pressure. It is designed to bring hope. I think the Proverbs 31 chapter holds a lot of hope and possibility. It shows women that there are a lot of things we can be and do, and they all fall under the umbrella of what God intended for us.

Q: If readers only walk away with one thing from Real Women Leading, what do you hope that will be?

LT: God has placed you where you are at in this season to influence those around you for His Kingdom purposes. You have the choice to embrace transformation for yourself and to use what God has already given you to impact those around you.

DY: God has given us all we need to be what He has called us to be, if we do it in and through Him.