March 01, 2014
Paige asked what I had going on today and I told her I planned to paint (she really wanted to go somewhere like Hobby Lobby), but was supposed to lend me moral support. Instead, I talked her into going to the rodeo with her dad.

While I didn't accomplish all my projects (like painting the front door after I bought the paint), my dad and I got to work on our new crafty venture.

I had seen a big initial letter on Pinterest that you put your house numbers on to hang near your door. We had been talking about doing this, but hadn't gotten around to it.

While at Hobby Lobby, I bought myself a "J", then Dad and I decided to buy some plywood to make other letters. It's a little more teal than it looks here in the picture. It's official color is "Peacock Tail." It's what I am going to paint my front door.

Dad was thinking for other people of buying numbers to tack on. That's until I started painting numbers and then he decided he liked that. The craft paint I used was old and didn't cover well though. 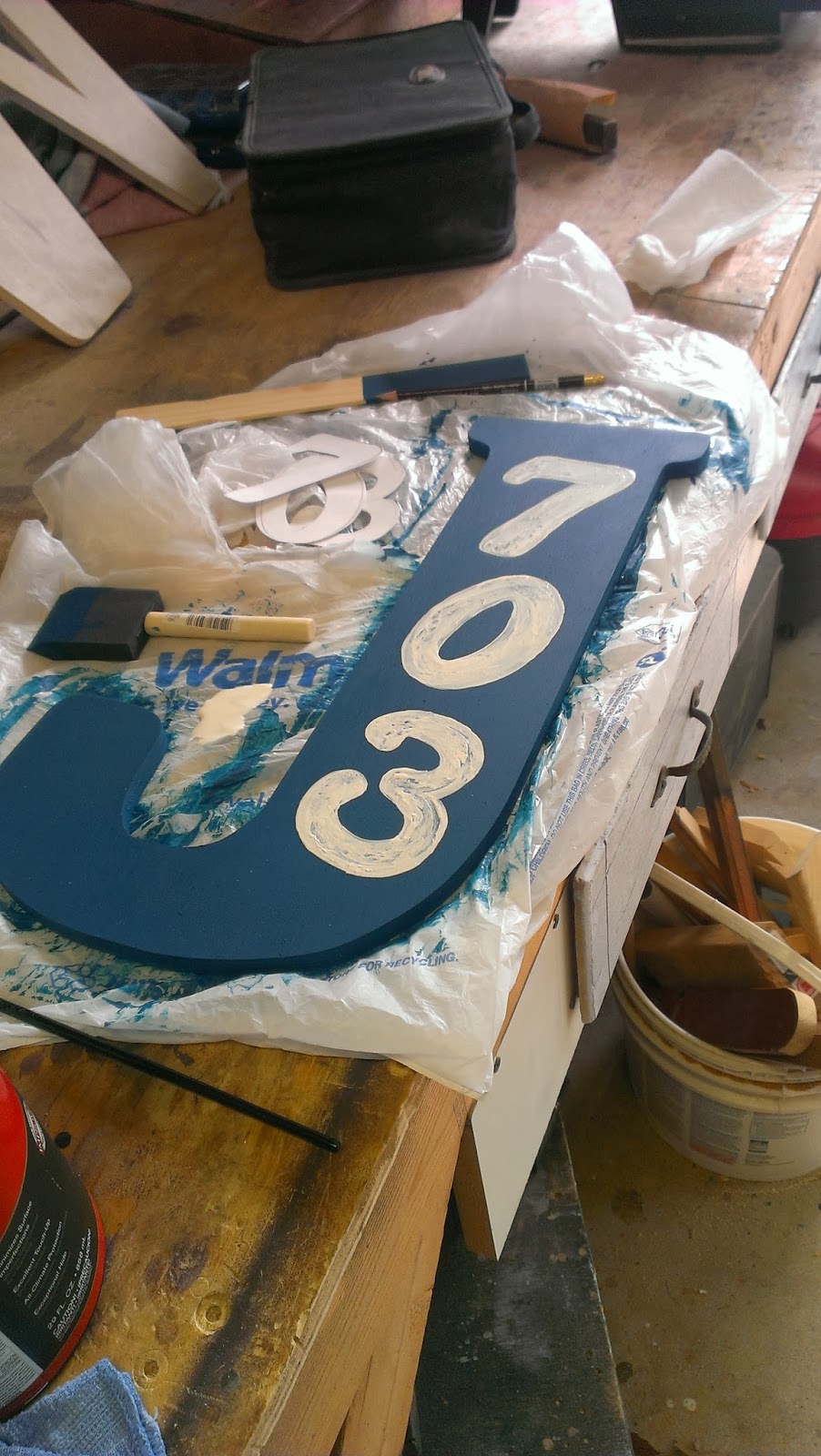 Knowing between Angie and my parents' good friends (well, mine too), that we'd need a "W" I set upon drawing it out as best I could without a T-square, a protractor and a ruler shorter than a yard stick.

Dad did a great job of cutting it out. 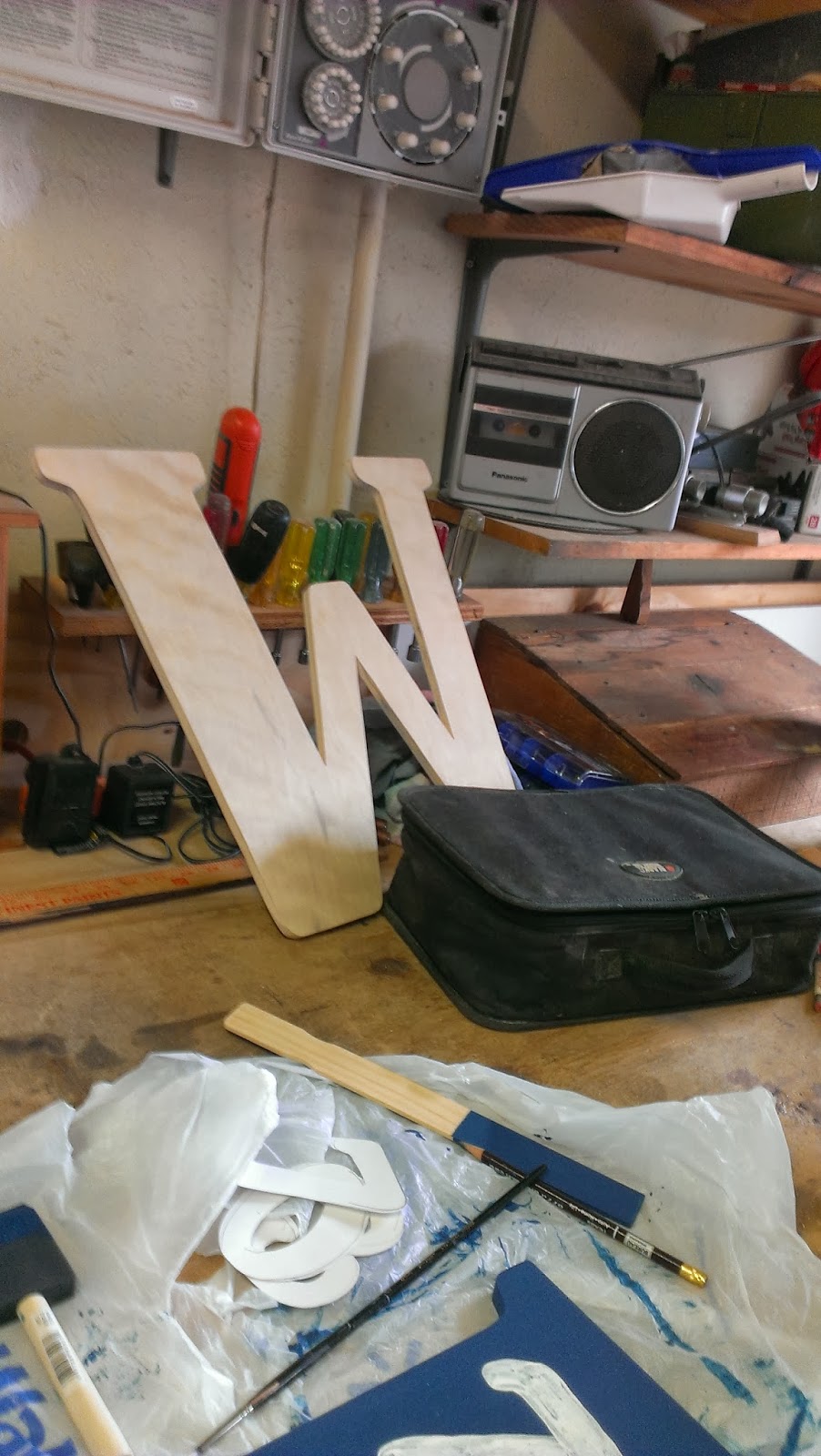 I sent Angie a picture to let her know I had the W before Ruth Ann saw it. She's going to get hers next. We did another J to take to a family reunion to show off as a sample and draw chances for (door prize!). I don't have a picture of it yet.

Then, I came home and painted my bench. I decided it was going to have to be with paint that didn't stick well because I wasn't buying a $30 quart of one step paint in a color I settled on. This is likely to peel off, and on some parts the paint job is terrible (let's just say my intended back side had to be turned to the front). However, it will just have to do do for now. You can't even tell the ends are a light purple thanks to the camera on my phone. 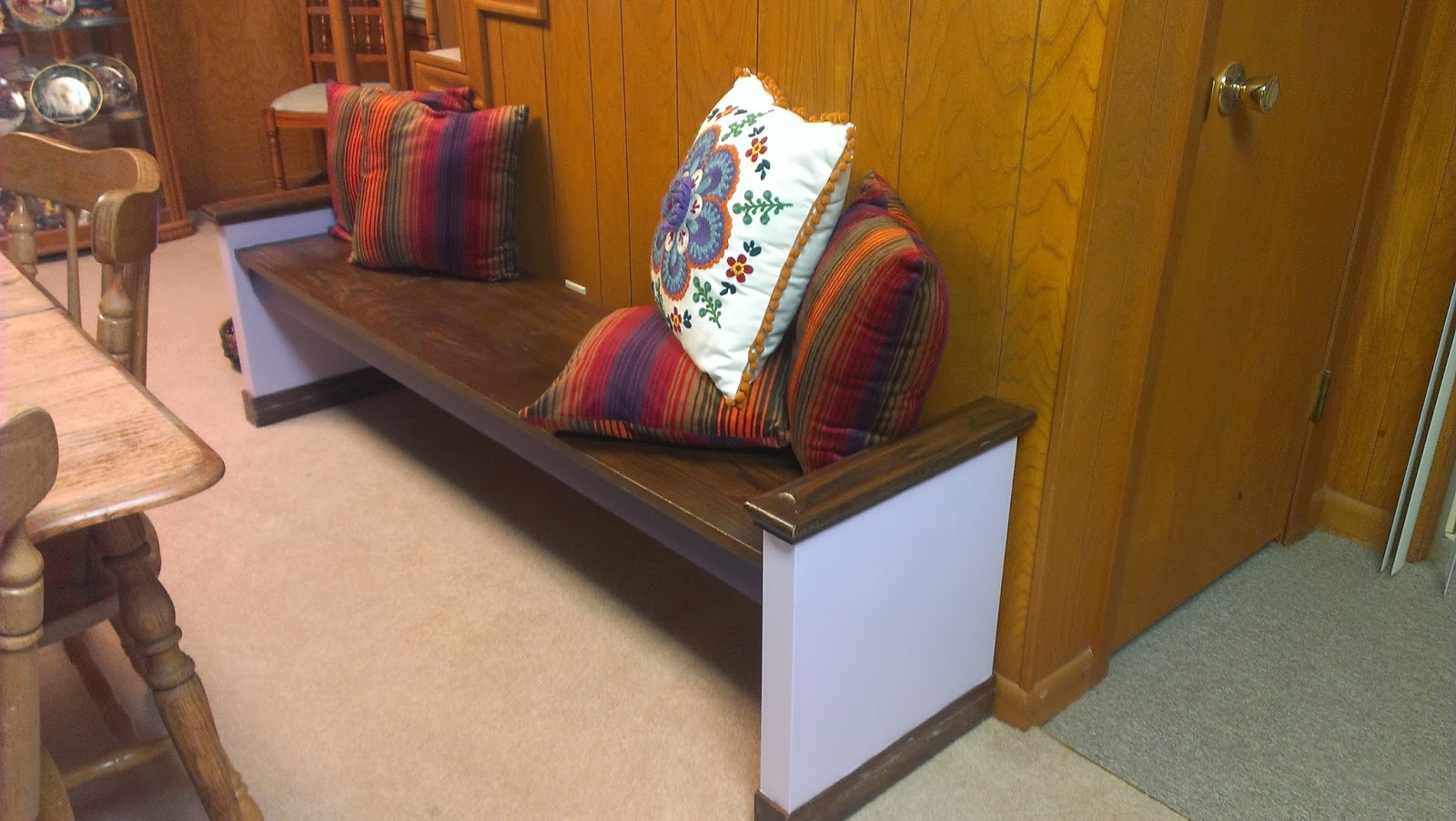 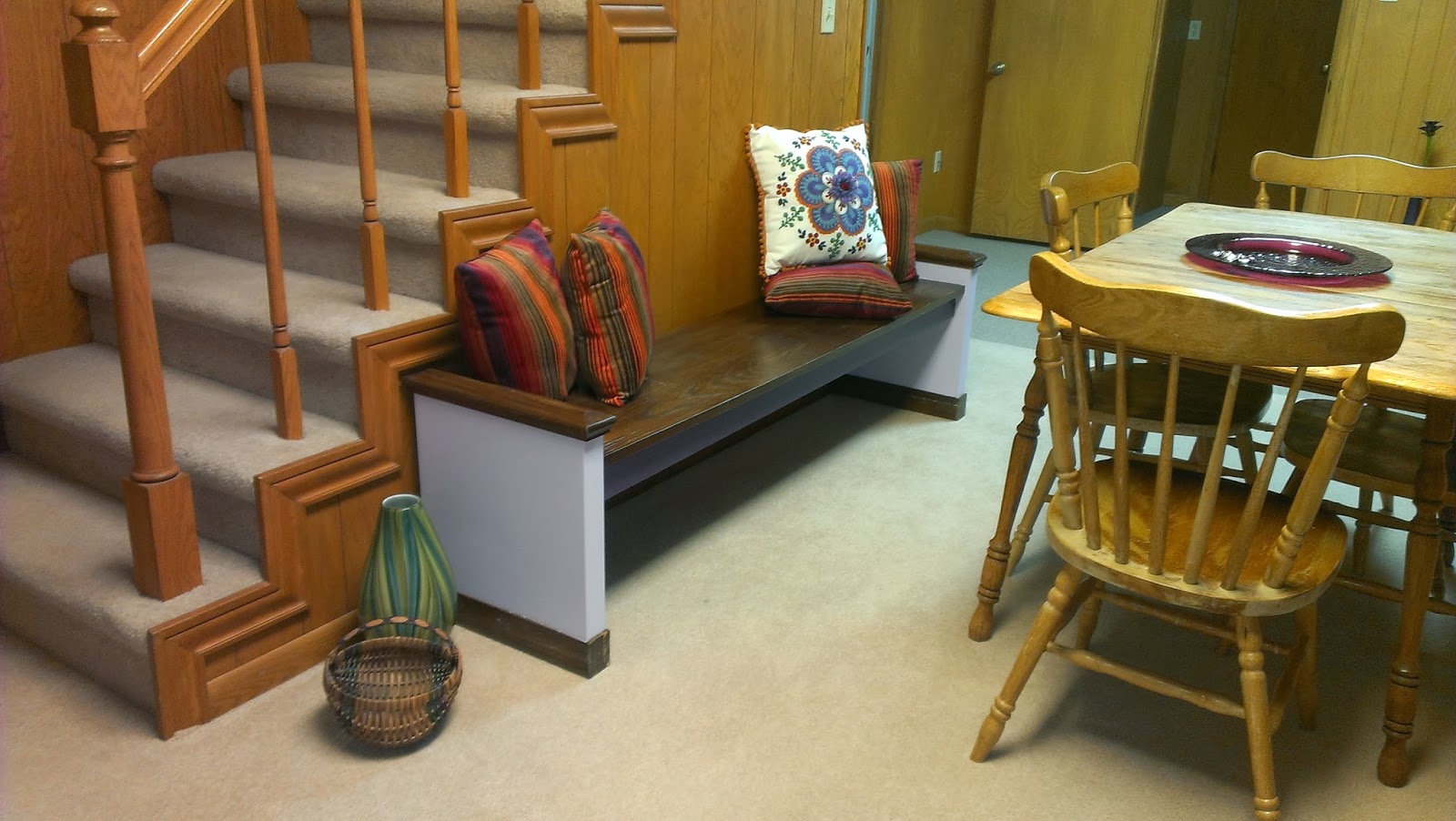 Admittedly, I didn't get the tape off and set it up until Sunday because it was late, but it's not unusual for me to back post on my blog to get my days covered.

I've tried different pillows and even a folded purple comforter to look like a cushion. The old one isn't going back on there.

My dad doesn't believe I can sew cushion covers for the padding I found, but did not buy at Hobby Lobby. He thinks I can't sew a straight line, but can draw out letters of the alphabet for him to cut. I have sewn before. I don't know what he's so uncertain of.

The problem is, my parents aren't going to let me sew at my house which means I have to bring the heavy sewing machine to my house and leave it here. I think not!
painting Pinterest