March 17, 2014
An Interview with Rachel Hauck,
Author of Princess Ever After 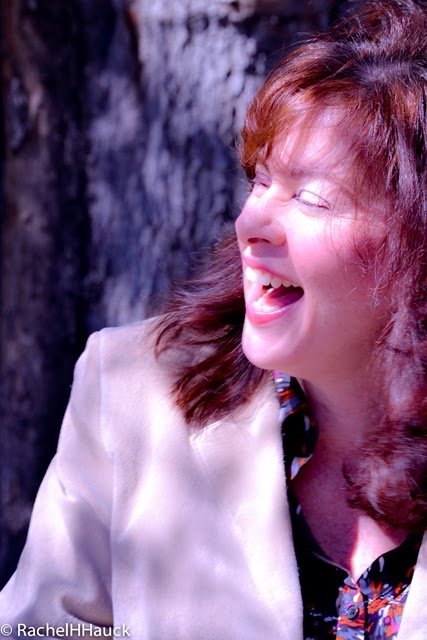 The best stories show ordinary people doing extraordinary things, and Rachel Hauck has captured that very essence in her new novel, Princess Ever After (Zondervan/February 4, 2013/ISBN 9780310315506/$14.99). The second book in the Royal Wedding series tells the story of an ordinary girl who finds out she’s a princess, a revelation that changes the life she’s created for herself.

Like many of us, Hauck is enamored with the idea of royalty, and while she hopes readers are entertained and drawn to the modern fairytale of Princess Ever After, she has a deeper desire for this book and the entire series. “I pray readers find hope and encouragement,” she says. “Most of us are not going to discover we are long-lost princes or princesses in this life, but we are most sincerely princes and princesses in His kingdom. Right now! Let’s live like it and love as our King loves.”

Q: In Princess Ever After, your heroine, Regina, is happy with the life she’s created for herself. When God intervenes, she feels unprepared, yet He’s provided all she needs. How have you seen God’s direction and provisions in your own life?

I’m the anti-Regina. After I graduated from college, I realized I’d never be happy unless I was sold out to the Lord, so I told Him I was 100% available. It’s a surrender I’ve never, ever regretted. I know me. I like too many things in life to feel confident in committing to any one career. I was terrified I’d marry the wrong man. But like Regina, I had parents and mentors who encouraged me in my teen years and helped me choose a good path.

Q: It’s not uncommon for our past mistakes to alter our life’s course. What would you say to those who feel their past mistakes hinder them from moving on?

Get over it. Can I say that? In love? Seriously, if we don’t allow ourselves to be defined by our success — meaning we give all glory to the Lord — then we can’t allow ourselves to be defined by our failure. Give that to Him, too. If you really believe in God’s forgiveness and love, there’s no point in stagnating in past mistakes. Believe that God can and will heal your heart and move on.

The trick in letting go of past mistakes is Romans 12:1. “Be transformed by the renewing of your mind.” We have to surrender our emotions and thoughts to the Lord. In doing that, we will approve of His will. Good, acceptable and perfect.

Q: Do you think God views us differently or withholds his blessings because of the mistakes we’ve made?

Truth? No. If that were the case He’d never be able to bless us. We quantify sin. He does not. To Him, a lie or lustful thought is the same as a “bigger sin” like adultery. The consequences vary, but sin is sin. The difference is the condition of our hearts. If we have a “yes” in our heart to Him, repenting of our sin, His grace is sufficient. But if we have a “no” in our heart toward Him and continue in sin without repentance, I think we can move outside His blessing.

In reality, we have no idea of His heart toward the rebellious. Isaiah 55:8 is a familiar verse, “. . . my ways are not your ways, my thoughts are not your thoughts.” But go back a verse. God is talking about the rebellious. “You don’t know my thoughts toward them,” I think God is saying. God is love and mercy. But He’s also judgment and wrath. It’s a divine paradox. We cannot build a “rule” on how He blesses us.

Q: Your leading man must overcome a fear of failure. Is that a fear you have faced yourself, or have you conquered another fear? How were you able to overcome your fear?

I’ve dealt a lot with fear and anxiety. After college I was hit with small panic attacks and anxiety. I had to travel for my job, and boarding an airplane, which I did all the time, kept me awake the night before. The idea of being trapped on a plane made me claustrophobic. But I leaned into the Word, into the Lord, and never ever let my fears win. I got on the plane anyway. And I made it. Even enjoyed the 15 hours from LA to Sydney.

I overcame by believing what God said about me instead of my fears. I devoted my heart and mind to the Word and prayer. I did the Romans 12:1-2 thing. I just didn’t see where the Lord had called me to walk a life of anxiety and fear. He and I had a lot of conversations about it. I’m here to report prayer and the Word work! You just have to stay in the battle. Recently I’ve had “joy attacks” where I felt His presence in a tangible, joyful way. I need more of those!

Q: One important theme in Princess Ever After is obedience. Why is obedience important for healing and restoration, and how can you know you’re actually doing what God has asked you to do? 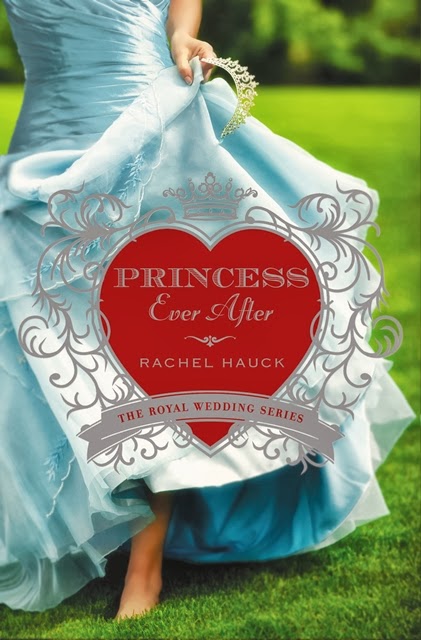 Obedience is better than sacrifice. We know Him by reading His Word. When Regina found the fairytale her great grandmother had written to her, Tanner said, “This is your gram speaking to you in this book. Hear what she’s saying!” God is speaking to us through His Son, through the Holy Spirit and through His written Word. We have to believe He loves us enough to show us His will.

Obedience is required because our human hearts are too weak to do good on our own. Obedience actually trains us to know Him. In our weakness, we choose to hate people who wrong us. But God says forgive. If we obey, we reap the benefits of His blessing! And I love in John 10:27 where Jesus assures us, “My sheep hear my voice.”

Q: In many ways, becoming too comfortable can be one of our greatest difficulties to truly fulfilling our purpose. How did that familiarity come into play in this story, and why was it important for your characters to be pushed out of their comfort zones?

I’m pushed out of my comfort zone with each book!  Stories are about imperfect people doing extraordinary things. That’s exactly what an author has to do: harness our weakness, overcome and write a good book.

For characters in fiction, there is no story if characters are not challenged and pushed to the limit. I write with the idea that my stories are about people dealing with a wound-lie-fear that must be confronted. In the end, they come to truth. Most of the time people do not willingly confront their wounds and fears. It’s my job to set up a situation that drives them to face those fears — and ultimately find peace and happiness.

Q: Your books usually include some kind of symbolism that relates back to the Gospel message. Will readers find that trademark of your writing in Princess Ever After?

Oh yeah, in a couple of places. First, in the fairytale gifted to the heroine by her great grandmother. It’s symbolic of the message God has given us through His written Word. Hebrews 4:12 tells us His Word is living and active. It speaks. Yesterday, today, tomorrow. Also, Regina sees something in the forest. At first she’s the only one (I can’t say more or I’ll ruin the surprise), but this light is symbolic of the light of the Lord. When we follow the light, we gain insight, revelation and understanding. “In Him we live and move and have our being.”

Once Regina found the Light, she discovered valuable truths that enabled her to accept her divine destiny.

Q: Princess Ever After is the second book in your Royal Weddings series. What is your favorite part about a romance with a royal twist?

Royalty! I found it fun to create the world of a royal. Have a coronation, a ball, servants and protection officers. Also, to make folks bow and curtsey. Ha! Actually, there were a lot of challenges to creating a believable, modern royal world, but I had a great time giving it a go. With Regina, it was fun to sneak up on a common girl and tell her, “You’re a royal princess.”

Q: What’s the most surprising tidbit you’ve learned about English royalty through your research?

How much space do we have here? One of the biggest things I learned was the relationship between the European royals. The cousins George V, Wilhelm II and Nicolas II — all descendants of Queen Victoria — were in power at the beginning of World War I, after which only the UK’s George V remained. The royal houses of Europe fell after the first World War, and it changed the face of Europe.

Q: What do you hope readers take away from Princess Ever After?

As always, I hope readers are entertained and drawn into a modern fairytale. But I also pray they find hope and encouragement. Look, most of us are are not going to discover we are long-lost princes or princesses in this life, but we are most sincerely princes and princesses in His kingdom. Right now! Let’s live like it. Love like our King loves.

Q: Both Once Upon a Prince and Princess Ever After take a look at refocusing on God’s plans rather than our own. Is that a reoccurring theme in all of your writing or an idea specific to the Royal Wedding series?

Good question. I’m not sure if I’m doing it on purpose, but the very idea that two ordinary American women find themselves becoming royalty lends itself to God redirecting our plans. There’s also the underlying theme that when we give our lives to the Lord, we are faced with a royal reality we never knew before. God’s plans were unknown to us before we knew Him. Once we are His, we have the choice to follow His will or our own.

For Regina, once she knew her true identity, she couldn’t go back to her old life.

Q: What can readers look forward to in the third installment of the Royal Wedding series? How are all of the books tied together?

There will be a third book, How To Catch A Prince. It’s Prince Stephen’s story, brother of King Nathaniel, and Corina Del Rey, a Georgia-Florida girl.

Learn more about Rachel Hauck and her books at www.rachelhauck.com or on Facebook (Rachel Hayes Hauck) and Twitter (@RachelHauck).
Once Upon a Prince Princess Ever After Rachel Hauck Royal Wedding Zondervan