This is the second year that Peyton has shown and the fourth that Paige has (she took a year off somewhere along the way). Both exceeded their past best showing by leaps and bounds. I'm so proud of both.

Peyton started off in Class 1 (the little piggies). Between being penned and unpenned, we weren't completely sure where she was other than top 7. Dad thought it was a bad sign to be one of two left out showing, while I told him I thought it was good because the judge was choosing between two. The speaker system was terrible where we were, so the judge might as well have been the teacher on Peanuts. (Waawawwaawwaaa.)

What made us most nervous was the judge slapping on her pig. We'd never seen a judge so hands-on. It wasn't an obedient pig, so he just wanted it to walk around. If it hadn't been so ornery...

She came off with second place in her class and was as excited as can be. As she told me, "I was just happy to get in top 7 because I hadn't done that before and when he said 'reserve' I was all excited."

Paige was up in Class 3 (of 6), and he did the in and out of pens a little different, so we were all the more confused. People were walking all back and forth in front of us as the judge was making his final decision on this round. I was able to see him point two to the other person in the ring and one to Paige and was able to exclaim, "she won!" to may parents next to me. 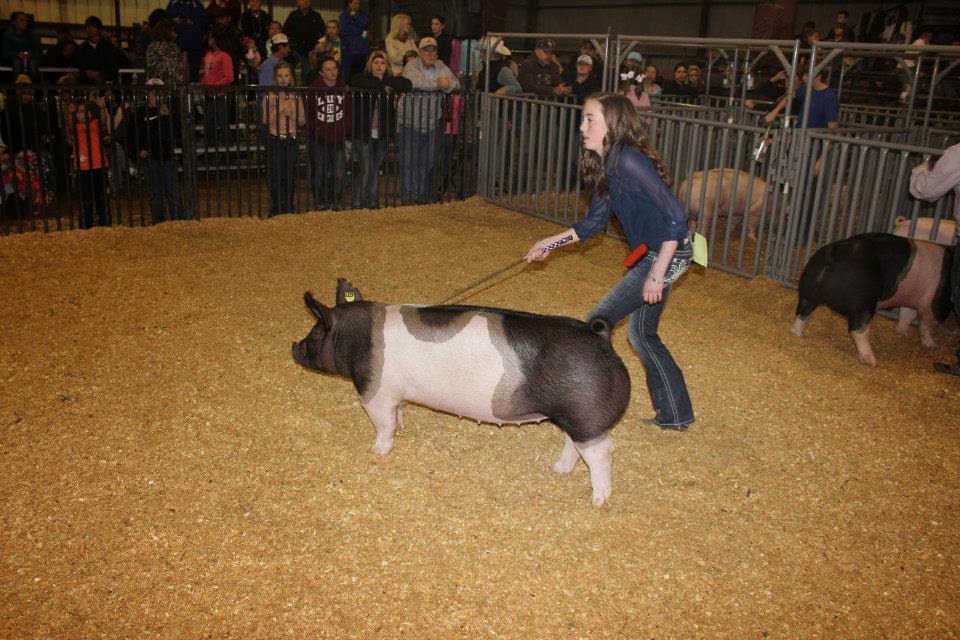 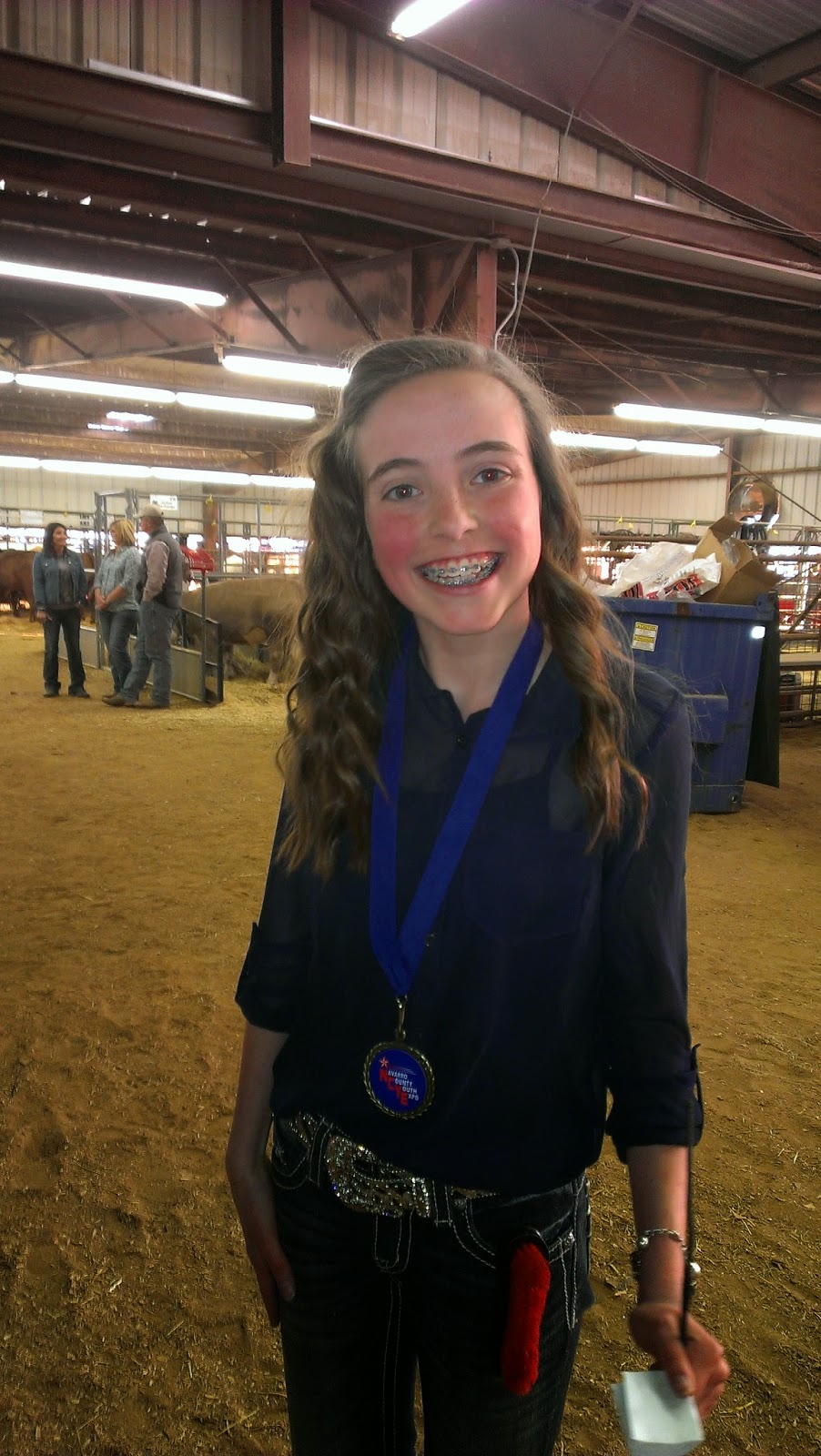 That put her in the running for Grand Champion after the other rounds finished. Her mom told her she had Reserve Grand Champion. Paige and I wanted to know why she didn't say Grand. Since hers was in class 3 of 6, with bigger pigs in the competition, Joni was afraid hers was too small.

Peyton got to come back in the championship round too. If first place from her class got Grand Champion, Peyton would have been able to be considered for Reserve Grand Champion of all pigs.

I almost cried when the judge went to shake Paige's hand to signify she was the winner! 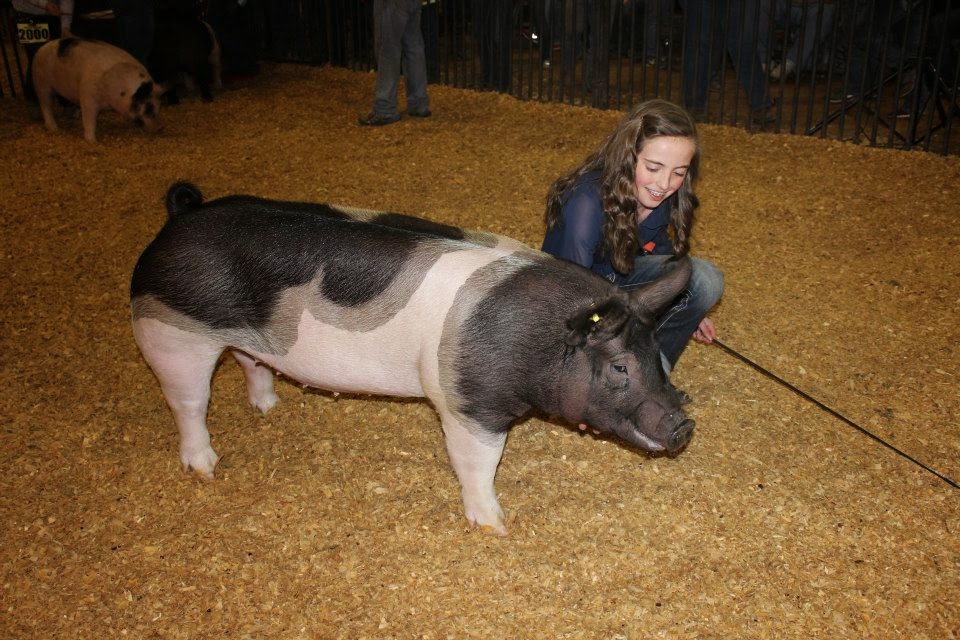 I don't have a picture of her belt buckle, but as tiny as she is, it will knock her forward when she wears it!

Both girls took part in Junior Showmanship. Peyton's pig threw her for a loop, but both were in the final running. If Paige hadn't gotten Grand Champion, I really think she may have gotten one of the top 3 for showmanship. The judge kept watching her. 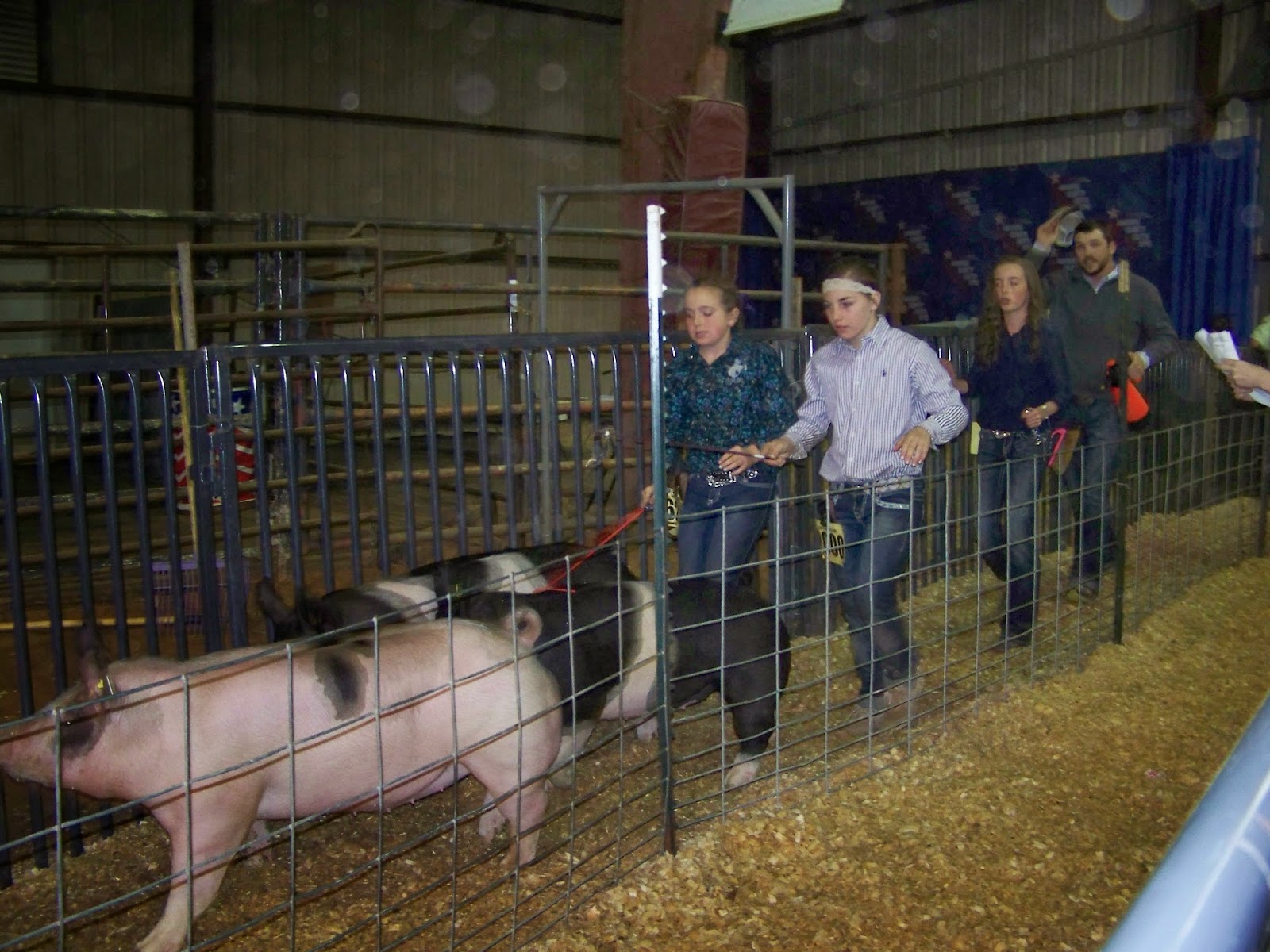 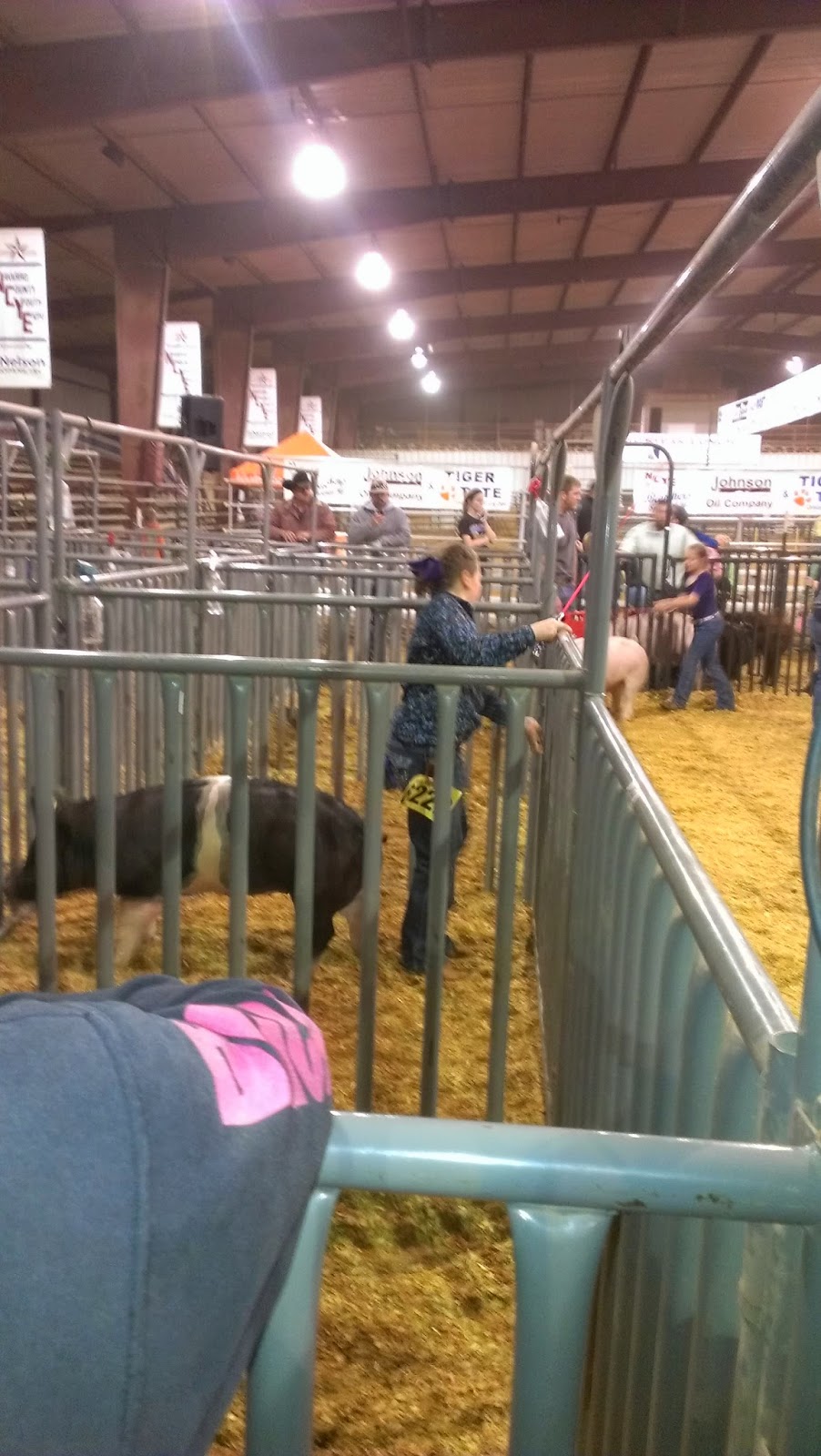 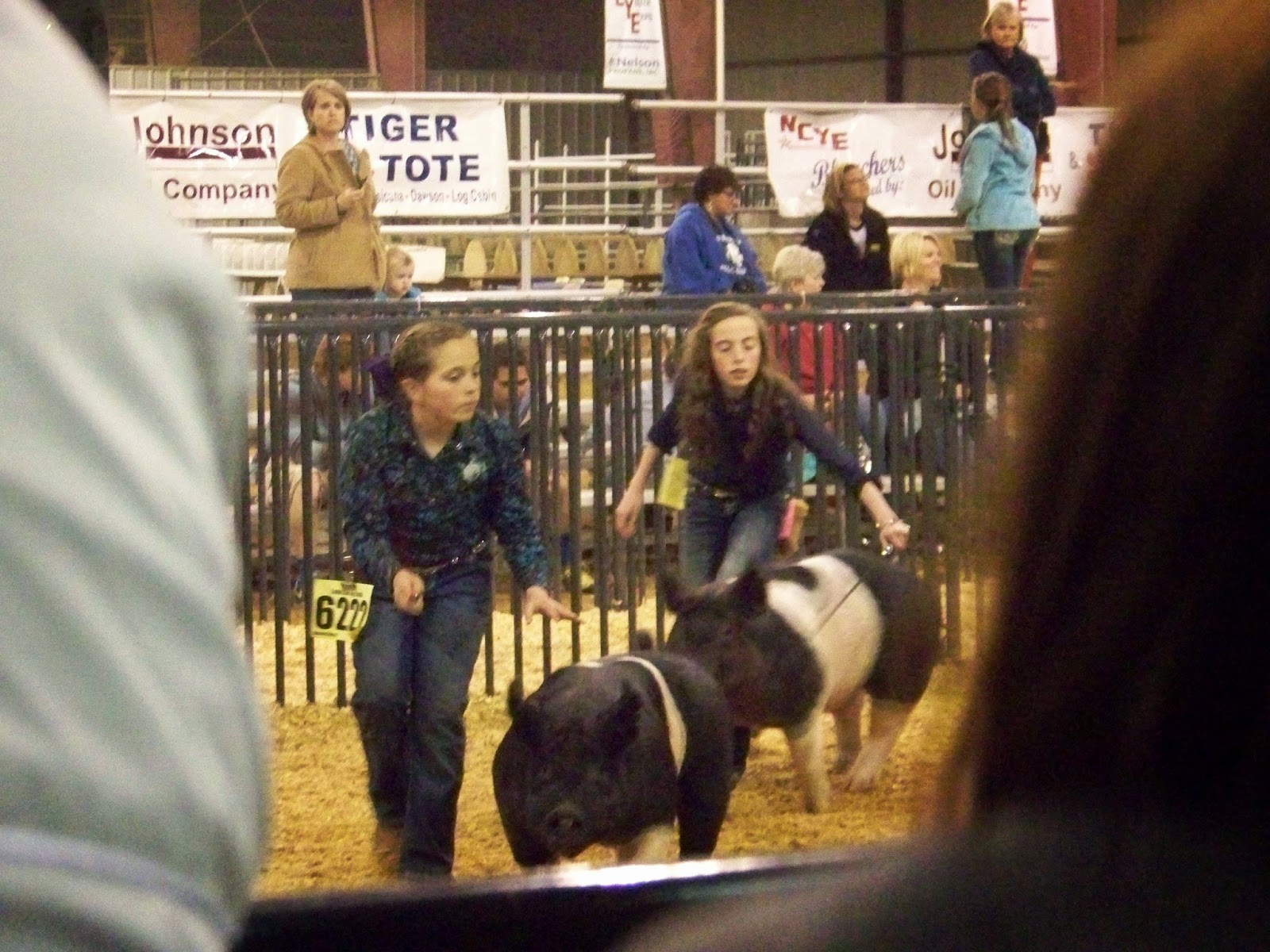 Who knew I could get so excited over a livestock show?