I want to see 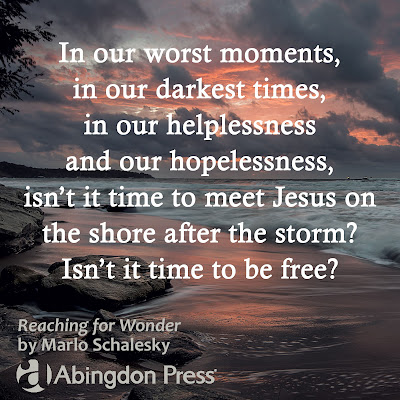 I Want to See
By Marlo Schalesky

Excerpted from Reaching for Wonder by Marlo Schalesky
©2018 by Abingdon Press, used with permission.
Bartimaeus may just be my favorite character in the Bible. There’s something about his tenacity, his audacity, and his fierce vivacity that inspires me. He lived in darkness, and yet he saw more clearly than any of his seeing contemporaries. He saw more clearly than I. A blind beggar sitting in the dirt alongside the road to Jerusalem knew what he wanted, and he couldn’t be dissuaded from it.

What if I had his vision? What if, in my own darkness, I had his tenacity, audacity, and vivacity? What if all I wanted was to see?

Even as I write these words, I’m filled with a crazy hope, a wild wonder. What if, when I am sitting in the dirt, in the dark, in my life, I let none of it stop me from calling out to Jesus? What if I don’t care what others think but instead cry out all the louder? What if I believe that Jesus is who he says he is? What if I throw off everything, absolutely everything, that would hinder me, and run in my blindness to him? What if I could speak those four simple words, “I want to see”?
Bartimaeus simply does not give two hoots about conforming to what others want. He doesn’t care a whit about criticism, rebuke, or reprimands. And so he is free to seek only Jesus.

Lord, give me the heart of Bartimaeus! Give me his courage, his faith, his sight. 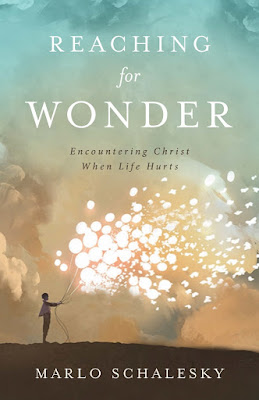 Jesus’s encounter with Bartimaeus is the last such healing and disciple-making that we will see before Jesus is arrested and killed in Jerusalem. Jesus and his disciples are traveling with a crowd on the road from Jericho to Jerusalem.

The last one who finally, after all this time, gets it right.

As soon as Bartimaeus hears that Jesus is among the crowd walking by him, he shouts out. He hopes, he reaches, he dares to call for the one thing he believes this Son of David can give: Mercy. He asks for something he doesn’t deserve, but knows he needs. “Jesus, Son of David, show me mercy!” (Mark 10:47).

Everyone around him rebukes him for it. They know he doesn’t deserve it either. He is a blind beggar sitting along the roadside. They tell him to be quiet, to be invisible, to disappear.

So, when you’re afraid you’ve missed him. When you’re sitting in your darkness and blindness, terrorized by the fear that God has come and gone and you didn’t recognize him, take heart! Be encouraged! He’s calling to you.

But this man, sitting in his world of darkness, believes more strongly in Jesus and who Jesus is than he worries about what others think of him. He doesn’t care about that at all.

In fact, in the face of discouragement, he cries out all the louder and all the more: “Son of David, show me mercy!” (v. 48).

Here there is no “if you want” or “if you are able.” No, Bartimaeus goes all in. He holds nothing back. He stakes everything on the belief that this Jesus of Nazareth is the Son of David who will fulfill all God has said, and will fulfill it for him. That is an audacious faith.

And then the voices change. Instead of “sit down and shut up,” they start saying, “Take heart! Be encouraged! Buck up! He’s calling you.”

In your darkness, in your blindness, Jesus is calling you. He is calling you. And he’s calling you in a way that you can hear. He doesn’t motion to the blind man. He calls to him. He uses a sense that Bartimaeus can receive.

So when you’re afraid you’ve missed him. When you’re sitting in your darkness and blindness, terrorized by the fear that God has come and gone and you didn’t recognize him, take heart! Be encouraged! He’s calling to you. He’s calling to you in a way in which you can hear. And you can do as Bartimaeus did—you can jump up and run to him.

Marlo Schalesky is an award-winning author of eleven books (both fiction and non-fiction), including Reaching for Wonder: Encountering Christ When Life Hurts. A regular speaker and columnist, she has published more than 1,000 articles in various Christian magazines and has been featured on many national radio and TV programs.

Schalesky is the founder and executive director of Wonder Wood Ranch, a California charitable organization that brings hope through horses to at-risk, gang-impacted, homeless, and other disadvantaged kids in Monterey County. Marlo lives with her husband, six children, and a menagerie of large and small animals in Salinas, California.