June 19, 2018
This week is VBS at Westhill, and last night was my night to teach. Our theme was superheroes overcoming certain challenges, and my lessons centered on Joseph overcoming mistreatment. I usually don't have a big cast because depending on actors makes me nervous, but these guys did a great job. I only had 7 of Joseph's 11 brothers, but no one actually pointed that out. I kept talking about the 10 mean older brothers.

If I had my script together more than a week ahead - because I run behind on absolutely everything - I probably could have found a few more.

All the lessons were videoed, so I'm going to try to get them uploaded to share. I have to do it when I'm not trying to work because they will take FOREVER, and I can't function while videos are uploading.

Here's my cast with a kid hiding in middle for a picture. Keep scrolling for the picture of the brothers throwing Joseph into the well one more time, just for the fun of it. Between rehearsals and three performances, I have no idea how many times this actually happened. 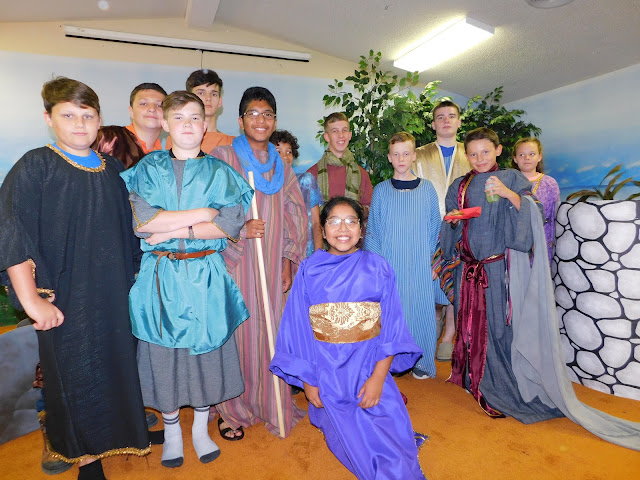 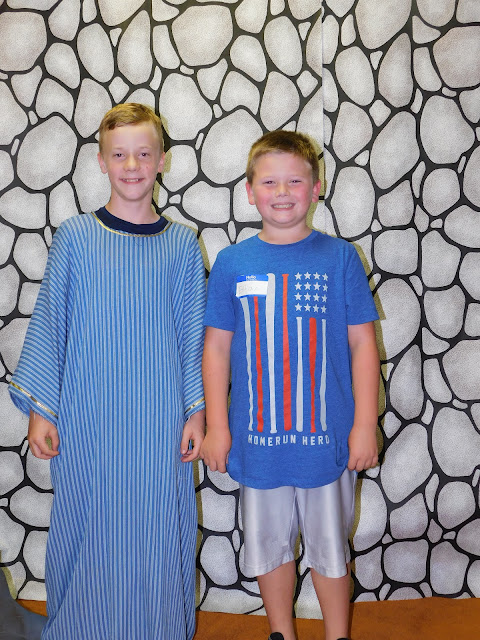 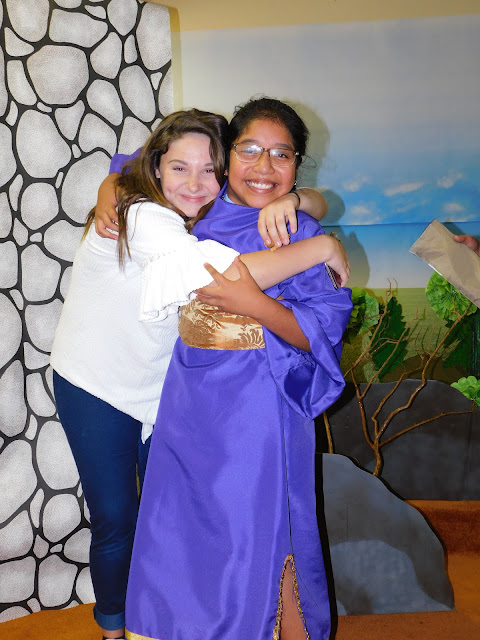 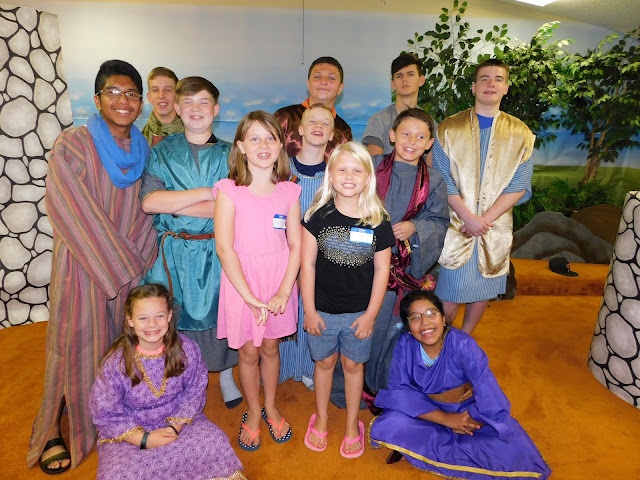 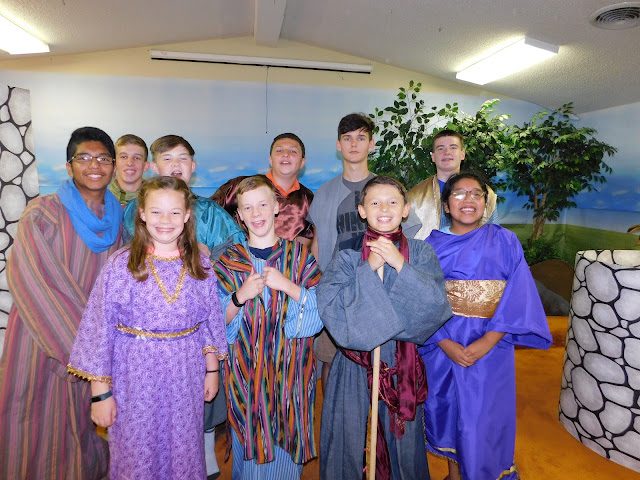 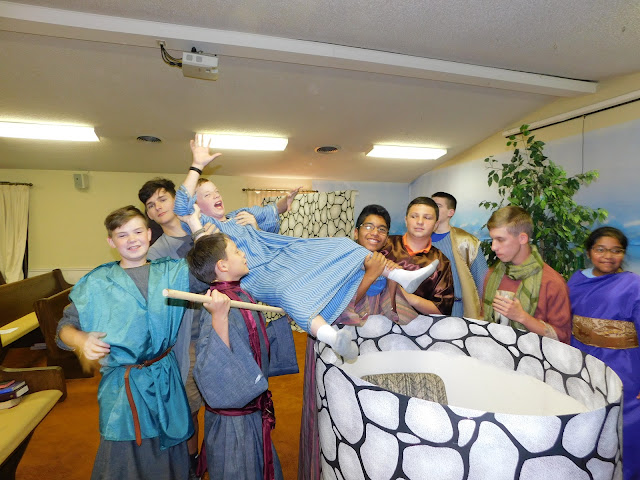 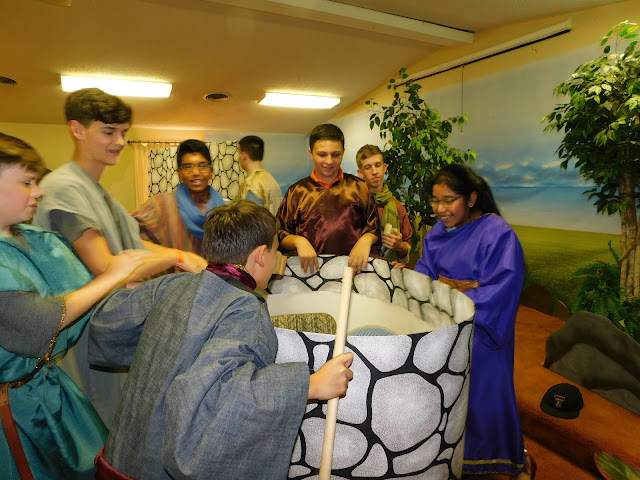