God's Will or a Preacher's Blunder? 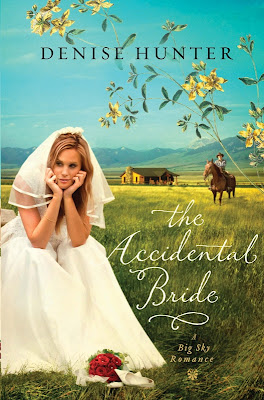 The Accidental Bride
In her latest novel, author Denise Hunter
explores the flaw in seeking favor with others

Do the opinions of those around us really matter? Should we live our lives based on what others might think? If so, at what cost? In her latest novel, The Accidental Bride (Thomas Nelson), award-winning author Denise Hunter explores these questions as she deftly leads her readers to discover the One whose favor should always be sought.


Shay Brandenberger has built her entire life on the shifting sands of what others think. Constantly seeking the approval of others, she has struggled through a rocky childhood, a failed marriage and single parenthood. Now it looks like she’s losing the ranch that has been in her family for three generations, a surefire way to mark her as a failure in the eyes of the community. When Travis McCoy, the high school sweetheart who very publicly broke her heart fifteen years before, returns to Moose Creek, she is less than pleased. Not only does his re-appearance dredge up a deluge of painful memories, it also reminds everyone in town that it was he who left her, not the other way around. To make matters worse, Shay and Travis are unwittingly paired to play bride and groom in the annual Founder’s Day wedding re-enactment where, much to her chagrin, she discovers he still has the power to take her breath away.


After years of successfully following the rodeo circuit, Travis’s one regret in life is having hurt Shay so badly. He’s determined to make the past up to her, so when, through a series of flukes, the marriage ceremony is “accidentally” made official, he seizes the opportunity to make things right. But can Shay let go of her pride and stop worrying about what others think long enough to let him? Or will she remain convinced their accidental marriage is just one more mark against her in the eyes of her neighbors?


Skillfully creating a love story that beautifully reflects God’s grace, Hunter uses the pages of The Accidental Bride (the second release in the Big Sky Series) to bring to light preoccupation with caring what others think. Using complex characters, an enticing backdrop and an almost palpable range of emotion and conflict, Hunter draws her readers to a new awareness of how much more simple life becomes when we aim to please God instead of man. 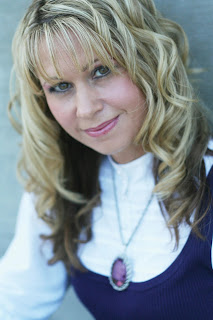 Author Bio: Denise Hunter is the award-winning author of eighteen romance novels, including The Convenient Groom, Surrender Bay, Driftwood Lane and the first book in the Big Sky Series, A Cowboy’s Touch. Struck by the brevity of life following her grandfather’s passing, Denise began writing in 1996. As a young stay-at-home mom she used the brief time while her children were napping each day to pursue her dream of being a writer. Two years later her first novel was published. She then continued her naptime writing schedule to complete four more novels. Today she encourages other young mothers to pursue their writing dreams, pointing out that writing only one page a day for a year will result in a completed manuscript. Since beginning her career, Hunter’s work has earned her the Holt Medallion Award, the Reader’s Choice Award and the Foreword Book of the Year Award. She has also been a RITA finalist. Hunter lives in Indiana with her husband and their three teenaged sons. Along with writing and spending time with her family, she enjoys reading, traveling and playing drums for her church’s worship team.

Bloggers may request a copy by filling out the form below: