Surely I am not the only one who has noticed this 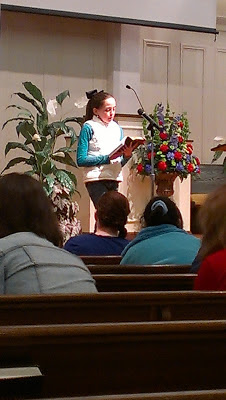 Let me begin by saying I'm having a hard time reconciling what day it is. After I got through with the work day yesterday, I went to pick up Paige so that she could go to a youth group event at the church. She stayed the night over here so that she would be here in town to read a scripture at Ladies' Day at church today.

Since it's usually Saturday nights that she stays, and I spent time out at the church building today, it just feels Sunday-ish. Especially since I took a nap earlier. I needed it after we stayed up way too late watching Duck Dynasty, playing SongPop and a less than good night's sleep.

This leads me to the real point of the post. Neither of my nieces, at ages 8 and 11 are quiet, still sleepers.

A couple of years ago, I got rid of the daybed in my spare bedroom because neither of them liked to sleep on the other end of my house. They were more likely to sleep on the couch in the living room. And in reality, they prefer my bed.

If Peyton isn't wedged next to you, she's sleeping perpendicular to you with her legs over your body or smacking you in the head. I don't know how she stays on a twin size bed. I can picture her laying like a Salvador Dali watch with her head over one side and feet off the other. She also grinds her teeth like she has a mouth full of gravel.

Now Paige, she has ALWAYS talked in her sleep. At least at my house. Usually, I just ignore her, but when she was little, it kind of had me on alert that she needed something. She claims she ONLY does this at my house. Surely not.

Peyton doesn't seem to have ever heard her. Paige says that her little step-brother Layton has never woken up to her talking when he's ended up in her room. My parents haven't really noticed. I asked her mom today. No one seems to her her except for me.

This summer, she had a nightmare and with much agitation was saying, "where's my dad? Where's my dad at? I lost my dad." I tried waking her up then because I know how anxiety-ridden some dreams can be. I don't think she remembered the dream when I told her about it.

Last night, or rather this morning since we didn't get to sleep until like 1 AM... She was mumbling on. I didn't think she had been asleep long, so I said, "are you awake?" "Yes," when in reality she wasn't and went on mumbling.

At one point, I was awaken with an arm upside my head. I turned to look at her, and she was jabbering away, punching the air towards me like she was fighting someone in a dream.

Finally around 5:00, I woke up hot, and got up to turn the fan on a higher speed. After laying here a little longer, I finally got up and moved to the couch so that I could turn on the TV. Watching TV helps me go back to sleep. When my phone alarm went off, I went in to wake her up.

I told her, "girl, you had some dreams last night."

"I had some CRAZY dreams last night."

"Yeah, I know, you were fighting someone and hit me."

We laugh about it, but she wants me to look it up online to see if blue rooms make people talk in their sleep. I still think this has nothing to do with my house.

We'll see next weekend when she goes to Ft. Parker if anyone hears her.
Duck Dynasty songpop