I probably would have been better off doing something else

December 10, 2016
This weekend, The Crafty Dad and Daughter took to another geographic direction. We really should have stayed home and welcomed shoppers at Virgil and Maudie's Vintage Marketplace's grand opening instead.

The event was at a middle school in Waco with two events going on in one place. There were a total of 12 vendors maybe in the whole place. I did, at least, get to make a hat for an order that I needed to do while we were there. 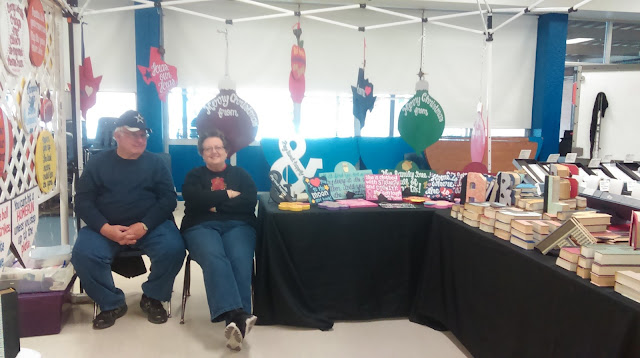 You win some, you lose some. But at least we learned from other vendors there really aren't any good events around the area. Guess everyone just shops at Magnolia with Chip and Joanna.

Now, I get to catch up on the rest of my Christmas orders and crochet some hats with holes in the top for ponytails since I got tagged 3 or 4 times on Facebook in the past day or two. You may have seen the picture going around. If you want one, let me know!


The Crafty Dad and Daughter