December 22, 2016
I'm one of those people who need a camera, and I don't mean a phone camera. Ask anyone who has ever traveled with me about my taking pictures. They probably want to take the camera away from me.

Side note, the phone I currently have supposedly was supposed to have a great camera, but it stinks. The colors aren't close to reality for one thing, but anyway. The pictures lately have been extremely horrible.

I've been without a camera of my own since May when something happened to it - perhaps some type of crush injury although there were no marks on the outside - and it flat out would not work any more. I've had to borrow my mom's some, and I've not ended up with good pictures to post on my crafty website or page.

I broke down and bought one this week. Part with a birthday gift card, part business investment and part Christmas present from my parents. It's purple. (It's a Nikon Coolpix B500 if you are really curious. I really didn't do much if any comparison shopping.)

I'm just starting to play with some of the in camera features from sitting in my chair in the living room. The top is the original, second with some sparkle, third an experiment with the black/white and color filter. 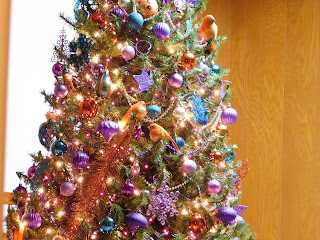 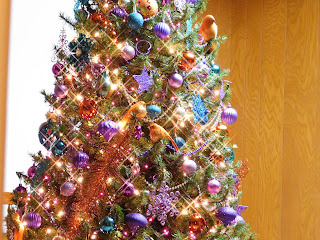 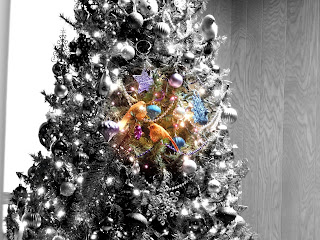 The cool thing is I can use the good camera to sync to a phone and in turn social media if my phone had a more updated version of the Android software. My phone, which I bought on the cheap last upgrade doesn't support updates.

I really do need a new one, but hate the fact that AT&T makes you pay out phones these days. It's time since you can't use a phone much more than a couple of years anymore without having to keep it constantly plugged in to recharge or delete your cache and extra apps because the memory is shot. It has lagged so bad lately.