Authors encourage moms to give themselves some grace 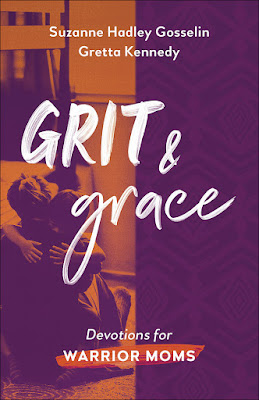 Part 1 of an Interview with
Suzanne Hadley Gosselin
and Gretta Kennedy,
Authors of Grit and Grace:
Devotions for Warrior Moms

Being a mom is one of the most rewarding experiences a woman can have, but motherhood also has its share of challenges physically, mentally, emotionally and even spiritually. Even if a woman has read all the parenting books and received sage advice from other moms, until she becomes a mom she won’t truly understand the responsibility and challenges that come with the title. For the overwhelmed mamas who think they’ll never live up to the Supermoms around them, Suzanne Hadley Gosselin and Gretta Kennedy, authors of Grit and Grace: Devotions for Warrior Moms (Harvest House Publishers), want to offer encouragement and assurance they are not alone.

Q: How did the two of you team up to write Grit and Grace? 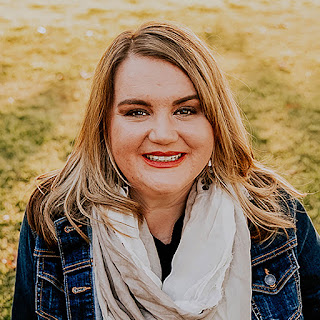 Suzanne Hadley Gosselin (SHG): I was in the throes of raising three young children who were 5, 3 and 18-months old, and it occurred to me one day that I was depleted in every way, but especially spiritually. I found that ironic, since my husband is a pastor and I’m a Christian writer. I had many spiritual resources easily accessible to me, and yet I was still struggling. I also realized that it wasn’t good because in this season of raising young children I really needed Jesus, arguably more than ever.

Around that same time, I had a conversation with my 3-year-old daughter about how I could no longer fit into my “fanciest dress” (my wedding dress) because I had gotten bigger when I had babies. Her reaction floored me. Her eyes sparkled and she said, “Was I one of the babies in your tummy that made you get bigger?” My daughter could see the beauty in something that I had allowed to make me feel like a failure. I realized, then, that God uses these years to teach mamas so many wonderful truths through their children.

Meanwhile, God was laying it on Gretta’s heart to encourage moms of young children. Gretta studied women’s ministry at Multnomah where we met and were college roommates and had a knack for connecting with women and meeting them where they’re at. We were talking on the phone one day and realized that God had given us the exact same vision to provide digestible devotions for moms of young children to encourage and strengthen them in their role as mothers. That’s when the idea of Grit & Grace was born.

Q: Who did you write Grit and Grace for? What stage of motherhood will get the most encouragement from reading your book?

SHG: We wrote Grit and Grace for moms of young children. We’re looking at the season that encompasses babies, toddlers and early elementary school. Many times, if they have multiple children, mamas are navigating all of these stages at once. While the stories focus on the young children years, the truths from God’s Word apply to mamas (and even grandmas) at all stages. We have had Grandmas comment that they feel encouraged to show greater intentionality toward their grandchildren.

Q: What does it mean to you to have grit and grace? 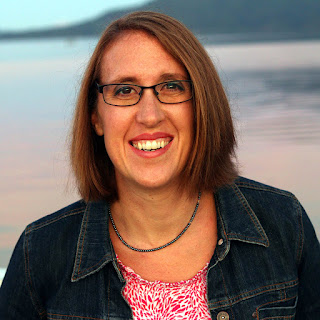 Gretta Kennedy (GK): Having grit is pushing through the hard stuff of motherhood with determination and laser-focus on the end goal of raising children who love and serve Jesus. Having grace means realizing that God offers you peace, rest and help in this season and as well as being kind to your children and especially yourself!

Q: Can you describe the format of the book? How much time does each devotional take to read?

SHG: Grit and Grace is a 90-Day devotional, and our concept was to provide quick-read nuggets of truth for busy mamas. These devos should take no longer than five minutes to get through, and the Scripture passage is included so you don’t even have to go find your Bible. The idea is that these can be read in the tiny spaces in a mama’s day—while the kids are napping or she’s nursing the baby. Each daily devotion includes a true story of motherhood and delves into a spiritual truth that was learned through the experience. Each devotion also includes a prayer to allow busy moms to respond the devotion in the moment.

Q: When is the best time for you to do your own devotions? Early in the morning, during nap time or after the kids are in bed?

GK: The few times I was able to sit down and actually read my Bible when the kids were little, I found that naptime worked best for me. I was never awake enough in the morning, then I’d be completely exhausted at night. During the time my kids were tiny, I often felt like a failure in this department. That’s when I learned my devotional time needed to be throughout the day. I wrote verses on note cards and put them up in the kitchen cupboards. I played worship music all day long. I wrote messages on my bathroom mirror. Those were the ways I found I could consistently have my quiet time. Mommy brain is pretty mushy, so I took it in little spurts. I recited the same verse over and over and eventually, those were the sweetest messages I got from God.

SHG: I do best when I have devotional time interspersed throughout the day. I like to pray and listen to worship music while I’m loading the dishwasher. When I want to go a little deeper, I usually dig in after the kids have gone to bed. Like Gretta, I have often felt like a failure in this area. I want to be an amazing mommy, but I neglect the One who can help me. One of the reasons I wanted to write a devotional like this was to help exhausted moms like me, who couldn’t seem to find the time and space for daily devotional time.

Q: What are some of the topics you cover in the devotionals?

SHG: We talk about perfectionism, comparison, joy, gratefulness, fear, rejection, weariness, calling, tenacity (grit) and hope (grace). Our subtitle is Devotions for Warrior Moms, and that is how we view mamas. They are on the front lines guiding their children to God’s truth and aiming them at the target—Jesus. Grit and Grace talks about the gamut of emotions mothers of young children face, both good and bad.

Q: If moms only take away one thing from reading Grit and Grace, what do you hope they learn?

SHG: We hope they will feel encouraged and empowered that God has chosen them for their specific children. They are called to this. There are so many sweet moments that come along with the difficult ones. As one pre-reader said, “Grit and Grace is helping me treasure hunt for grace in the challenging moments of motherhood and remember to savor the sweet moments I want to be etched deep into my heart forever.” Yes. That.
Fellow Grit and Grace Warrior Moms can connect on Facebook (gritandgracemoms), Twitter (Gritandgracemom) and Instagram (@gritandgracemoms).