It's Christmas Time in the "City"

December 01, 2012
Each year hundreds of Corsicana and Navarro County residents flock to downtown to witness the Christmas parade. Today many did so after trying to Christmas shop while sweating profusely because the weather refuses to cool down for more than one day at a time.

The Corsicana Christmas parade is sort of a redneck experience as far as I am concerned. They have it at night so that people can light up their floats and vehicles. I think it's just to hide the pitiful level of the parade. (And I apologize for the blurry photos.) 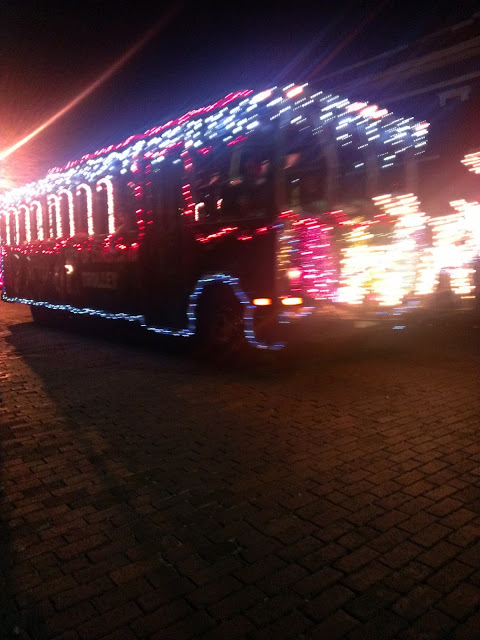 It's really kind of sad, but it's something to do on a Saturday night, and you have to try to kick off the season some way.

The parade had one band. The Corsicana High School band. Maybe Mildred's wasn't in it because they weren't sure when their playoff game would be. The college had a game somewhere today.

The parade always has lots and lots and lots of fire trucks from the volunteer departments. They like to use their sirens and flash some really bright lights. I'm deaf and blind as I type this. Well, it was really the giant tractor with the brightest headlights ever that did me in.

I think there were fewer old cars and motorcycle clubs than usual. But there were several cowboy churches with their many horses represented. Lots of Cowboy church representation.

But the old guy with his cap gun and big whip that makes so much noise was absent. I don't know what happened to him. Maybe he's not well.

There was this group of Aztec dancers that looked like they were wearing upside down lampshades on their heads. It was strange. Very strange. 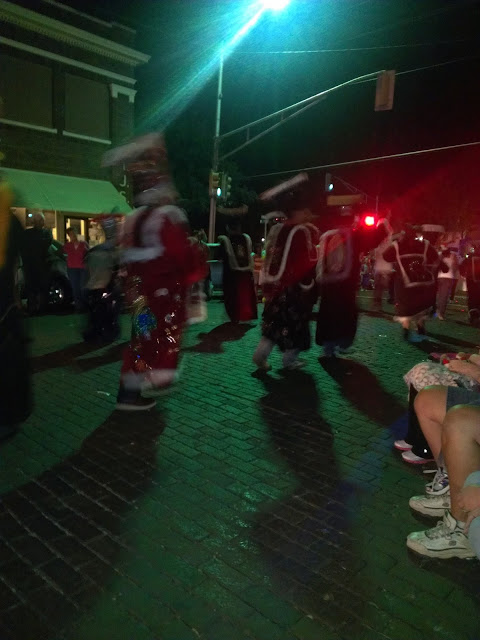 And I didn't get a picture of the giant elephant painted like the Texas flag. It must have been for the county Republicans, but I've never seen this elephant before. It was rather odd.

#3 Peyton aboard the propane truck with the other side of her family.

#2 The truck blowing snow down the street. That was different. We could wish!

#1 The highlight was one of my young stalkers seeing me as he was riding down the street and chunking a large World's Best Chocolate bar at me because my stomach was growling and the hard candy everyone else was throwing just wasn't doing it. I told everyone around me I would be paying for said candy bar tomorrow.  I did share it with my parents so that they might not completely feed me to the wolves tomorrow.
Christmas Corsicana