April 19, 2013
Celebrate the release of When Jesus Wept with the Thoenes by entering their iPad Mini giveaway and RSVPing to their {4/23} Facebook Author Chat party!

One fortunate winner will receive:
Enter today by clicking one of the icons below. But hurry, the giveaway ends on April 22nd. Winner will be announced at the "When Jesus Wept" Author Chat Party on 4/23. Connect with the Thoenes, get a sneak peek of the next book in the Jerusalem Chronicles series, try your hand at a trivia contest, and chat with readers just like yourself. There will also be fun giveaways - gift certificates, books, and more!

So grab your copy of When Jesus Wept and join Bodie and Brock on the evening of the April 23rd for a chance to connect with the authors and make some new friends. (If you haven't read the book - don't let that stop you from coming!)

Don't miss a moment of the fun, RSVP today. Tell your friends via FACEBOOK or TWITTER and increase your chances of winning. Hope to see you on the 23rd! 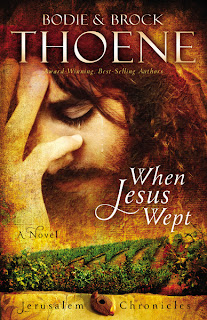 Brock and Bodie Thoene’s most powerful and climactic writing project to date, When Jesus Wept, captures the power and the passion of the men and women who lived through the most important days in the history of the world.

Lazarus occupies a surprising position in the Gospel accounts. Widely known as the man Jesus raised from the dead, his story is actually much broader and richer than that. Living as he did at Bethany, near Jerusalem, Lazarus was uniquely placed to witness the swirl of events around Jesus. When Jesus Wept, the first novel in The Jerusalem Chronicles series by bestselling authors Bodie and Brock Thoene, unfolds the turbulent times in Judea during Jesus’ ministry, centering on the friendship between Jesus and Lazarus. With rich insights from vineyard owners and vine dressers, the Thoenes explore the metaphor of Jesus as the True Vine, harvesting the ancient secrets found in the Old Testament.

Weaving the life of Lazarus, who owned a vineyard, into the crucifixion and resurrection of Christ will help you understand it is the hand of Love Divine that holds the knife, that cuts and breaks with such tender and loving touch, and that we who have born some fruit, after the pruning, can bear much more. 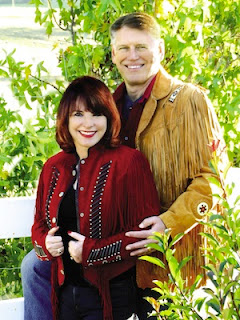 Bodie and Brock Thoene (pronounced Tay-nee) are bestselling authors of over sixty-five works of historical fiction. Their timeless classics have sold more than thirty-five million copies and won eight ECPA Gold Medallion Awards. The Thoenes have four grown children and eight grandchildren. They divide their time between Hawaii, London, and Nevada.