One of these weeks, my Saturday is not going to be exhausting 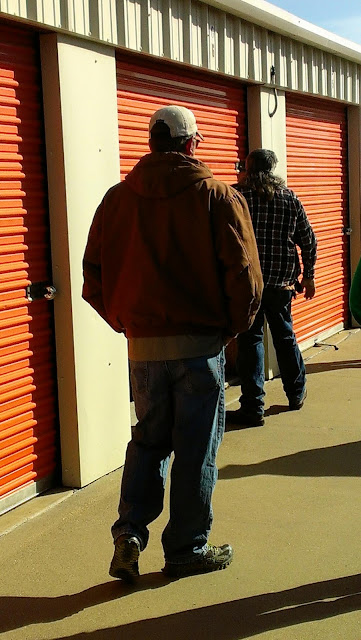 Last weekend I yammered on about how this weekend was going to consist of a whole lot of nothing after the flurry and fury that the past two months have been. No plans. A bunch of nothing. Yeah, right. Maybe in two weeks. Maybe.

First unexpected event was my Grandmother coming to town. Her sister brought her over after a funeral Friday morning. She came to see my house, then stayed at my parents.

Secondly, Paige started texting me about 30 minutes before quitting time Friday that she wanted to go out to eat and for her, me, Peyton, Mom and Dad go see 42 at the movies. I told her maybe we could go to the movies on Saturday. When I tell Dad this, he decides to go pick the girls up and bring them into town.

So, we all gathered for dinner which was kind of a mad house of loudness and confusion. You kind of had to be there. I'll not bore you with details.

My Saturday rule is that I don't get out of bed until 9 AM. I was up before 8. I tossed and turned all night after telling all my family on Friday that I was sleeping in my old bed. I have been exhausted for two weeks which happens to be the same amount of time I have had my new bed. 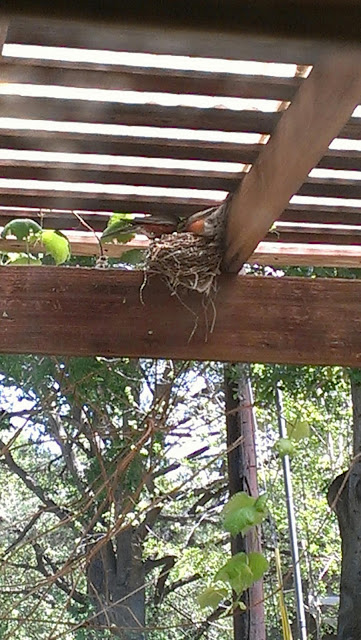 So, I rolled out with a sore back and make it over to my parents' house about 8:30 AM to go to a storage action, simply for something to do and a way to entertain Peyton. It was a waste other than seeing the world's worst version of some kind of mullet. It's really hard to see without cropping, but the buy had almost a buzz cut, but long at the very bottom, mullet style. He had an attitude and bought most of the units which were all junky. Not that we were buying anyway.

Afterwards, we went to Walmart - another one of my Saturday rules... DON'T EVER go to Walmart on Saturday. Thankfully it wasn't crazytown before 10 AM. I did get after Paige for hitting me in the store. For a skinny girl, she hits hard. We were trying to find fabric and padding for this little chair/stool Dad and Peyton found at a garage sale for $1 last week. Dad refused to cut up a sheet. I don't know why. The sheets that matched my new bedspread only came in a set and only had two pillowcases, and I wanted four, so I needed to buy a cheap set of sheets to get two more the right color. We found some cheap fabric otherwise. 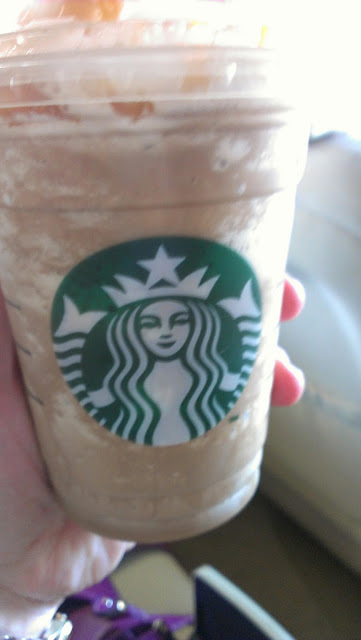 Meanwhile, Paige texts back and forth with her friend, and decides to go to the movies with her. I was all set to go to the movies, but, oh well, I guess. While waiting around until time for them to come, Paige and I kept watch over the Robins' nest over the patio, and were playing chess when her friend came by early. She went on with them, and were going to take Peyton, but Dad and Peyton went off somewhere since they had a momentary agreement that Mom was mean. I think they went to the new Whataburger, but wouldn't tell anyone where they were going.

Once they got back, we had to chase Paige and company down via Brian and they came back to get her. Once Peyton left too, it was time for Mom to take Grandmother home. Except Dad didn't really want Mom going by herself, or so he told me earlier, so I went along because I could at least get Starbucks out of the deal.

Somewhere between Corsicana and Ennis, Mom and Grandmother decided to go to Walmart, so came my second trip to Walmart (in different towns) of the day. While they are checking out, I find a pair of glass frames that I like in the vision center which is a miracle given I had spent forever in Walmart months ago unable to make a decision. Mom did not enjoy that event. They sold me the frames for $18 and had to bring them home to get the lens put in down here since I didn't have my prescription with me, of course. Have I mentioned how much I hate going to Walmart ever?

Grandmother decided she liked my frames and talked like she wanted me to let her get glass put in them. I think not.

After surviving that event (long story), we went to Starbucks. Grandmother has already voiced her "I don't like caramel" opinion which is fine. She usually likes mocha. No problem. Mom says, "yeah surprise me." I get my Salted Caramel Mocha (without the salt), a Mocha and a Hazelnut Frappachino. Hazelnut was the new thing they were promoting. My was pleased. She likes hazelnut. I asked to try it (it tastes very similar to the SCM), and Grandmother tries it deciding she likes it better than her mocha. And went on to proclaim it much like one of my nieces would, but Mom did not give in and trade with her. And she brought it up a few more times before we left her house.

As I posted on Facebook at one time... "I have spent the day with two inquisitive chatterboxes. One  is 8. The other is 80. They are related."

Once we get to Kaufman, we had to take Grandmother grocery shopping at Brookshires which I must say is so much better than ours. I almost bought my groceries there, but came home empty handed and still have an empty pantry and fridge.

I was really hungry when I got home, and went to go get a hamburger, but my car smelled like the stain dad used to redo the stool. I had to go with my window partly down due to the fumes, and my headache multiplied.

Then, I needed to catch up on some blog posts and needed to reply to a few emails before Monday. And I forgot to send Monday interview reminders at the end of the day Friday, so I had to send those.

And with the spare bedroom smelling like stain fumes, so much for sleeping without getting high on fumes.

Next weekend is my Dad's family reunion. That's not a relaxing day for sure.

Maybe Saturday after next. Maybe.