God Puts People in Our Lives for a Reason 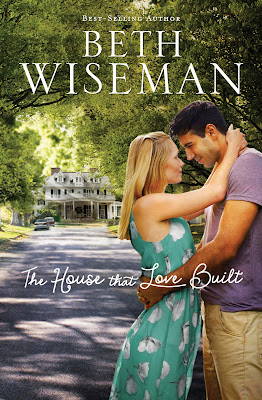 Award-winning author Beth Wiseman has hit the best-sellers lists with each and every one of her releases, and her latest, The House that Love Built (Thomas Nelson / April 2, 2013 / ISBN 978-1595548894 / $15.99), is sure to follow. Set in the small town of Smithville, Texas, readers will fall in love with the entire community, making it more than just another story of “boy meets girl,” but also a realization that God puts certain people in our paths for a reason. Drawing on the themes of forgiveness and turning to God during difficult times, Wiseman’s story and characters will stay on the hearts of readers long after they read the last page.

Brooke Holloway is focused on raising two young kids on her own after the death of her husband, the only man she’s ever loved. Although broken-hearted, she clings to God in her sorrow, believing He is ultimately in control. Caught up in running the family hardware store in order to support the family, the last thing on her mind is falling in love. However, she’s intrigued when a stranger moves to town and buys the old Hadley mansion. She’s always heard that house holds a secret — maybe even a treasure — and she can’t wait to see inside. When she meets the new owner and they spend time together, she can’t deny the attraction. Could God be giving her another chance at happiness?

Owen Saunders bought the Hadley place for one reason — to spite his cheating ex-wife who always wanted to restore an old house in Smithville. Now he’s going to do it without her in an effort not only to rebuild the house, but also himself after a painful divorce. But if anything needs restoration, it is Owen’s heart. Then he meets Brooke and her kids and finds himself tempted by love. Can he bring himself to trust a woman again? Can a mysterious house bring them together for a second chance at love? As they learn more about Owen’s house, one thing becomes obvious: God has put them together for a reason.

Much like Brooke and Owen, Wiseman has sensed God putting her in situations for His purpose. In turn, she has written some of the lessons she’s learned into her stories whether it be in her Amish series or her new venture into contemporary novels (The House that Love Built is her second non-Amish release). “There have been times in my life that I could see God was using the situation, but I couldn’t foresee the reasoning — especially during the bad times.  It has taken years to understand that much of what I have experienced was to give me a better understanding of certain situations so I could write about it and hopefully help others,” explains Wiseman. “I’m not sure I could have captured the hospital scene in my second novel if my own son hadn’t spent a month in the hospital. I’ve witnessed a miracle, so I wrote about one. I’ve made mistakes I’m not proud of, and those seem to find a way into my stories, as well, painful as some of them might be. I’m adopted, so I’ve written about that. Each book I write ministers to my own soul, and I pray the stories will bring peace to my readers.”

Ultimately, in addition to an entertaining story, what Wiseman hopes readers walk away with is, “God forgives us . . . and so easily. Yet, we beat ourselves (and others) into the ground over the burdens of our past. I personally have trouble forgiving myself, so that ends up in my books a lot,” admits Wiseman. “Carrying our burdens of the past is self-destructive, and my goal for this story was to have several of my characters shedding their burdens as they grow in their faith and put their trust in God.” 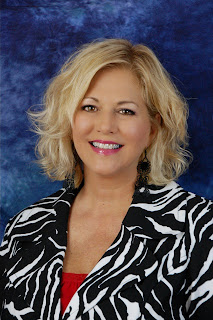 Beth Wiseman is the best-selling author of the Daughters of the Promise series and the Land of Canaan series.  All of her books have held spots on the ECPA (Evangelical Christian Publishers Association) Bestseller List and the CBA Bestseller List.  She is a recipient of the prestigious Carol Award, two-time winner of the Inspirational Readers Choice Award and an INSPY Award winner.  Her first book in the Land of Canaan series, Seek Me With All Your Heart, was selected as the 2011 Women of Faith Book of the Year.

As a former newspaper reporter, Beth was honored by her peers with eleven journalism awards, including first-place news writing for The Texas Press Association.  She has been a humor columnist for The 1960 Sun in Houston and published articles in various publications.  However, writing novels is where her heart is. After a personal crisis tested and strengthened her faith, her agent advised her to consider writing a Christian novel, particularly an Amish one. She left her job as a journalist in 2008 to write novels fulltime.

Wiseman has a deep affection for the Amish and their simpler way of life, and while she plans to continue writing Amish love stories, she is also branching out into other areas.  Her first non-Amish, contemporary, Need You Now, was released in April 2012. She enjoyed writing the story based in a town near where she lives, and she’s chosen another small Texas town for her latest non-Amish contemporary, The House that Love Built. This time, the story takes place in Smithville, the same quaint town where movies such as Hope Floats and Tree of Life were filmed. In between her contemporary releases, she will be writing more Amish novellas.

Beth and her husband are empty-nesters enjoying country life in Texas with two dogs, two cats, five goats and two pigs. When she’s not writing, she loves to travel, paint and enjoy time with friends and family.  She hangs out at Fans of Beth Wiseman on Facebook and loves hearing from readers. Wiseman can also be found at bethwiseman.com and on Twitter (@bethwiseman).
Beth Wiseman House that Love Built Thomas Nelson