June 19, 2013
Today I bring you a review of
Dead Lawyers Tell No Tales by Randy Singer 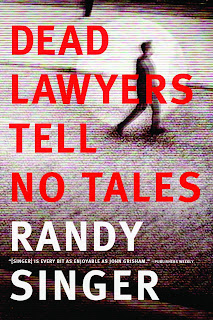 Landon Reed is an ex-quarterback convicted of organizing a points-shaving scheme. During his time in prison, he found forgiveness and faith and earned his law degree. Now he longs for an opportunity to prove his loyalty and worth. Be careful what you ask for.

Harry McNaughton is one of the founding partners of McNaughton & Clay—and the only lawyer willing to take a chance employing an ex-con-turned-lawyer. Though Landon initially questions Harry’s ethics and methods, it’s clear the crusty old lawyer has one of the most brilliant legal minds Landon has ever encountered. The two dive into preparing a defense for one of the highest-profile murder trials Virginia Beach has seen in decades when Harry is gunned down in what appears to be a random mugging. Then two more lawyers are killed when the firm’s private jet crashes. Authorities suspect someone has a vendetta against McNaughton & Clay, leaving Landon and the remaining partner as the final targets.

As Landon struggles to keep the firm together, he can’t help but wonder, is the plot related to a shady case from McNaughton & Clay’s past, or to the murder trial he’s neck-deep in now? And will he survive long enough to find out? 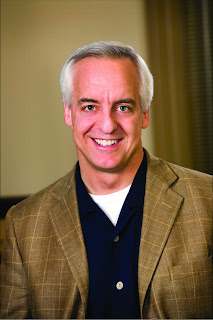 Randy Singer is a critically acclaimed, award-winning author and veteran trial attorney. He has penned more than ten legal thrillers and was recently a finalist with John Grisham and Michael Connelly for the inaugural Harper Lee Prize for Legal Fiction sponsored by the University of Alabama School of Law and the ABA Journal. Randy runs his own law practice and has been named to Virginia Business magazine’s select list of “Legal Elite” litigation attorneys. In addition to his law practice and writing, Randy serves as teaching pastor for Trinity Church in Virginia Beach, Virginia. He calls it his “Jekyll and Hyde thing”—part lawyer, part pastor. He also teaches classes in advocacy and civil litigation at Regent Law School and, through his church, is involved with ministry opportunities in India. He and his wife, Rhonda, live in Virginia Beach. They have two grown children.

Suspense and legal thrillers are my favorite genre to read, and Randy Singer is one of the best inspirational authors out there.

It's really hard to give a review of the book without giving away anything, so I'll say that I really, truly doubt that anyone guesses the ending before you get to it. I know I didn't. I got to the last chapter, and went "HUH?" It really did surprise me, but in retrospect made perfect sense when all the pieces fell together.

There were times I was wondering if we were going to get there though. I liked the book, don't get me wrong, but I think I would have liked it even more if you had more hints to solve the crime earlier on in the book. There's a sudden leap at the end that seems a bit unrealistic. I say that, then add that I hate reviews that say a novel is unrealistic because after all, it is a novel. It's not real life.

Dead Lawyers Tell No Tales is a story of redemption, second chances and loyalty---not just for Landon, but the entire cast of characters. Singer does an excellent job of developing each of the characters and making them come to life.

You'll also feel like you're trying your first case in court, right along with Landon himself.

Tyndale House Publishers has provided me with a complimentary copy of this book.

Click on the following links to view an
Author Video and the Book Trailer.

For more about Randy Singer and his books,
visit www.randysinger.net.