Not Quite Healed... Hope for Male Survivors of Childhood Abuse 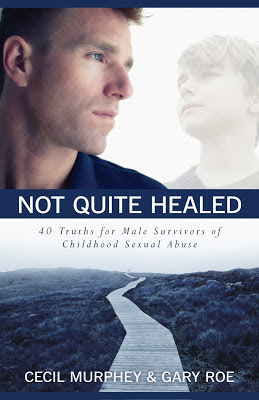 Shouldn’t I be healed by now?
In Not Quite Healed, childhood sexual abuse survivors
Cecil Murphey and Gary Roe offer hope and
encouragement to men on the journey of recovery

Survivors of sexual abuse face a long road to recovery, a journey in which they often ask, “Shouldn’t I be there by now?” Having faced the recovery process themselves, Cecil Murphey and Gary Roe, in Not Quite Healed: 40 Truths for Male Survivors of Childhood Sexual Abuse (Kregel Publications/March 8, 2013/ISBN 978-0825442704/$14.99), honestly and openly assure fellow survivors that healing is a process, which by definition means it doesn’t happen quickly—but it will happen.

“I wish I could say I’m totally healed, but that would be a lie,” writes Murphey. “This much I can say: I’m as straightforward and transparent as I’m capable of being. In the recovery process, I’ve searched relentlessly for total healing. I don’t know if that labels me quick or slow, truly open or slightly self-deceived. Some men heal quicker than others do—we know that. But I challenge the statement of anyone who boasts of total healing from sexual abuse in eight months or a year. Or even ten years.”

Not only do the authors understand, encourage, explain, relate, and guide survivors to the path of healing, they shed light on eye-opening truths about abuse that are beneficial to family, friends and those in ministry. For example, the majority of survivors of childhood sexual abuse were kids who did not feel loved by or of value to their parents and sought the attention and affection of an adult who would show kindness to them. In fact, most perpetrators of sexual abuse (whether male or female) are adults a child not only knows, but trusts. Abusers have a keen ability to find and target such children and take advantage of their vulnerability and innocence.

A victim’s need for love, a sense of abandonment and violation of trust affects relationships for a lifetime. Most men experience difficulty in expressing their emotions, and male survivors feel less like real men if they admit their pain. However, as the writers proclaim, no one heals alone, and they hope the stories and experiences within Not Quite Healed will give readers strength to face the road ahead. Murphey and Roe know about struggling to rely on God, living behind a mask, dealing with flashbacks or wrestling with the need for forgiveness. They dive deep into the long-term effects of abuse such as pornography addiction, same-sex attraction, varying degrees of fear and anxiety and other behaviors spurred on by a need for approval and acceptance.

The authors get to the heart of why childhood sexual abuse impacts its victims so deeply. “At our core, we’re sexual creatures, male and female. This is part of being created in the image of God. When others abuse us sexually, they touch us at the center of our being,” Roe asserts. “Everything becomes skewed and produces a ripple effect that spreads through our entire personhood. The abuse alters the way we view ourselves, others, God and life itself.”

Each chapter closes with a self-affirming truth that will carry readers through the process of real healing. A few of the statements for meditation and repetition include:


In addition to the encouragement shared in the book, Murphey has also set up a website where readers can share their own stories of survival and healing, www.menshatteringthesilence.blogspot.com. 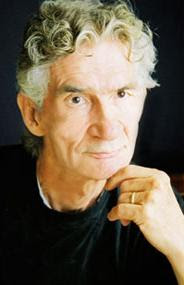 Cecil Murphey has written or co-written more than 135 books, including the bestsellers 90 Minutes in Heaven (with Don Piper) and Gifted Hands: The Ben Carson Story (with Dr. Ben Carson). His books have sold in the millions and have brought hope and encouragement to countless people around the world.

Murphey stays busy as a professional writer and travels extensively to speak on topics such as writing, spiritual growth, caregiving, significant living, sexual abuse, and recovery. Prior to launching his career as a full-time writer and speaker, he served as pastor in Metro Atlanta, as a volunteer hospital chaplain for ten years, and was a missionary in for six. He currently lives in the area.

Gary Roe has been in full-time ministry for more than thirty years, serving as a college minister, a missionary in , and a pastor in and . He currently works as a chaplain and interim pastor in central . He writes a weekly newspaper column and is coauthor (also with Cecil Murphey) of Saying Goodbye: Facing the Loss of a Loved One. He has three adopted daughters from who are also abuse survivors.