Thank you for... what exactly is this thing?


Yesterday, my parents came over after going to an estate sale. My mom had something behind her back.

"I got you something!"

Happily, I responded, "it's purple."

Then we came into the house, and I got to looking at what I thought was a pitcher. I looked down in it and said, "what was this broken thing inside. Was it a candle holder?

Mom and Dad looked down in it. "Yeah, maybe that is wax on it."

I took a closer look, "Uh. It was a pitcher with the bottom broken out of it and a candle holder glued on the bottom... or something..."

"We didn't find a bargain - they found a sucker!" Dad decided.

Then, they took a closer look at it and decided that they did not get such a good deal out of it. The more you look at it, the more ridiculous it is. Obviously, the people ended up selling it, but they should have tossed it. At least not put $10 on it.

Today, after church, Dad asked me if I had thrown it away, and if I had not to please throw it away. He would feel worse about the whole thing if I kept it.

I'm not even sure how they glued it together, but they did a crazy job of it. And it's crooked. I'm pretty sure it will NOT hold water. :) 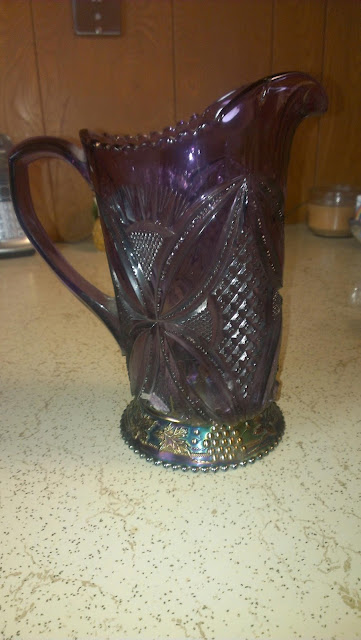 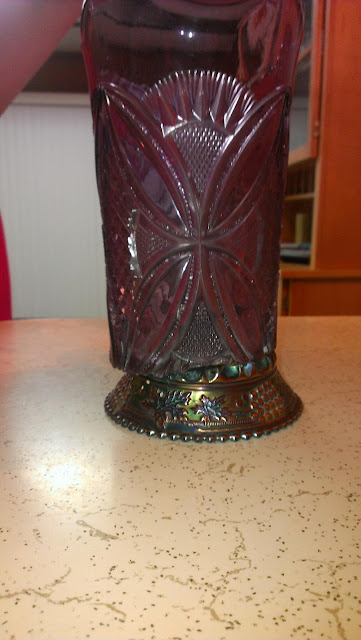