Obviously not my best idea 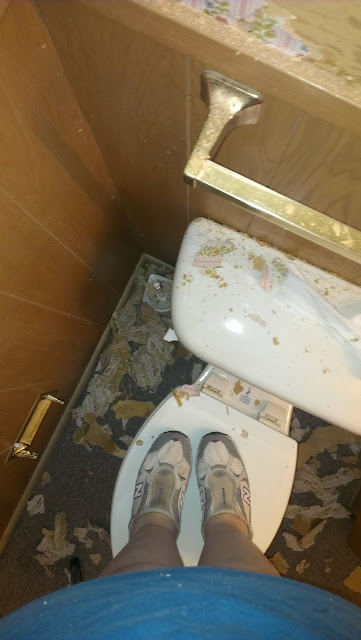 I spent most of the afternoon in the bathroom on the toilet. This is not a TMI (too much information) post, by the way. I was standing on it with the lid down.

I decided that today was the day to defeat the ugly wallpaper. Instead, I think it defeated me.

This wallpaper is from a decade long, long ago. I couldn't tell you for sure, but I think it's the 60's. It is covering more wallpaper from when the house was built in 1962. Regardless, I hate it, and it does not come down as easily as other wallpaper I have peeled.

I have some wallpaper I could have put over it, but I think the old stuff would have bled. The old stuff was flaking enough I thought it would come on off with scoring and remover gel because I was leery of just painting over it.

Let's just say, this is going to take weeks.

I should have just decided I could live with the ugliness. 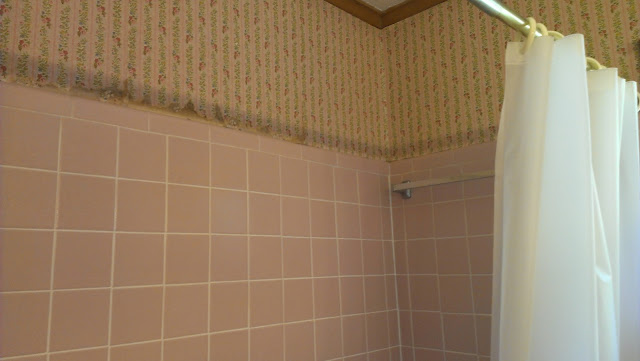 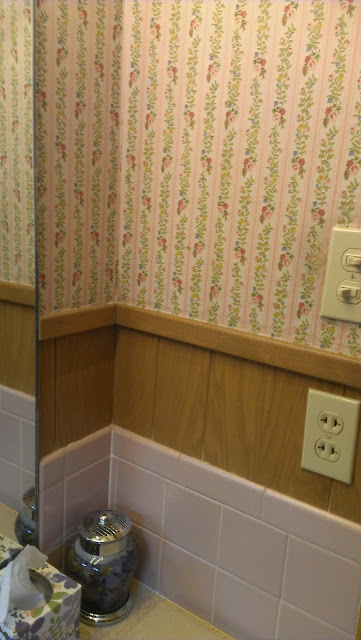 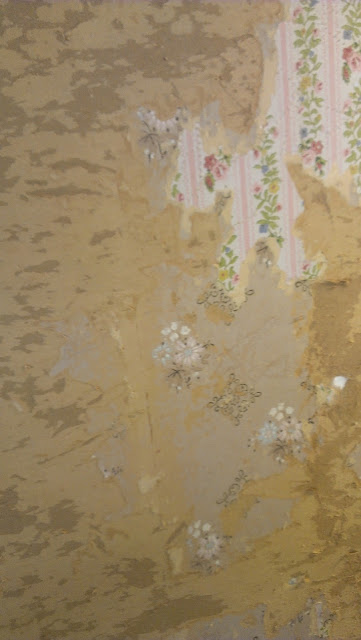